Punish Woman Who Starved Her Dying Grandma’s Dogs To Death 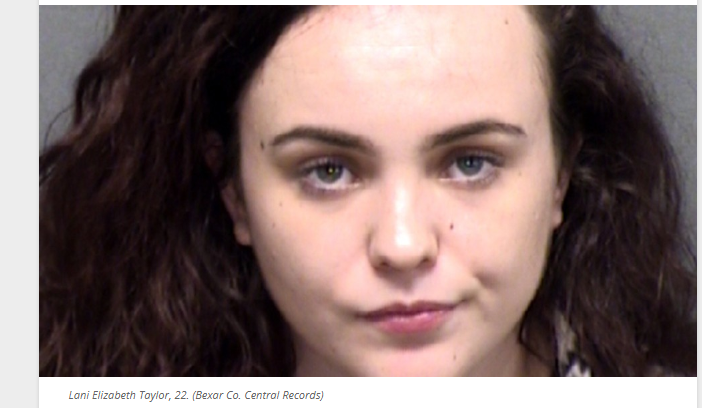 Texas – A Texas woman is accused of starving her dying, cancer-stricken grandmother’s dogs to death. In early December, the Bexar County Sheriff’s Office arrested 22-year-old Lani Elizabeth Taylor for locking the dogs in wire kennels and letting them die. Taylor is facing a charge for cruelty to non-livestock animals, which carries a fine of $10,000 fine and up to two years in jail.

Please sign this petition asking for Taylor to receive the maximum penalty allowed by law – she does not deserve a plea deal!!

Lani Elizabeth Taylor was asked to look after her dying grandmother’s two dogs. Instead of caring for the pups, Taylor let them die a slow and agonizing death by starvation. The veterinarian who performed the necropsy on the dogs’ bodies stated that they “suffered severely until they passed.”

“Based on the photos of the scene there was no food or water present, but also no feces/urine in the kennels where the canines were found. Trapped canines will ingest their own feces/urine in order to survive for as long as possible to survive.”

Taylor’s grandmother had asked asked for the dogs to be cared for while she was in hospice for cancer – if Taylor was unable to care for the dogs, she was to find them new homes or take them to a shelter. Instead, she put them in cages and let them die a slow, painful death.

Please join us in asking for Taylor to receive the maximum sentence for her cruel crime. Taylor does not deserve a plea deal and she should never be allowed to own a pet!

(Note, image of cages for illustration purposes only)

The Defendant pled guilty to the offense on December 17, 2020. She was convicted of the felony offense of animal cruelty. Her prison sentence was suspended and she was placed on community supervision for 5 years. The Defendant was very remorseful for her behavior and has been in voluntary lockdown treatment for her mental health and drug issues.

We are disappointed with the outcome and are committed to continuing to fight for substantial punishments for animal cruelty crimes.

Update 11/16/2020: Animal Victory sent a third letter to Attorney Joe Gonzales along with over 30,840 signatures and comments. Read our letter here.

Update 11/05/2020: Animal Victory has been advised that the 226th District informed court date is scheduled for Dec. 14th. If you have not yet signed the petition, please do so now! We need your support to convince officials that Taylor must NOT be offered a plea deal and that she needs to be prohibited from ever owning pets in the future. Your voice matters, please do your part by letting the judge know that we care about this case!