We are Janelle and Penny, two animal-loving professionals who were working separately, and tirelessly, for a combined 18 years to raise awareness about animal abuse. In 2019 we combined our skillsets utilizing our backgrounds of rescue, research, writing, and technology, to create Animal Victory: a petition platform dedicated to stopping the mistreatment of animals. 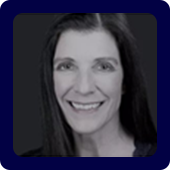 Animal Victory was founded by Janelle Babington in 2019 after she recognized a missed opportunity to use social platforms to connect masses of animal-loving people with animal abuse cases so they could use their collective voices to enforce investigations for alleged animal abusers as well as persuade authorities to push for the maximum punishment for convicted animal abusers. There were other organizations doing similar work but no one was following through or pushing for the results so desperately needed. Janelle was also the founder and Executive Director of the American Red Lion Disaster Fund; a non-profit organization with a mission to reduce the number of abandoned animals during major disasters. American Red Lion earned the great nonprofits badge every year since its inception as well as the Gold Seal of Transparency from GuideStar, the nation’s leading agency in nonprofit transparency. American Red Lion was also certified as one of America’s Best Local Charities. American Red Lion Disaster Fund regrettably ceased operations on January 31, 2021, so that Janelle can focus her energy working with Animal Victory. 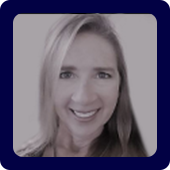 Our team is a group of dedicated and determined people who value animals over profits and have one main goal in mind: Collecting as many signatures as possible to persuade officials to investigate alleged animal abuse cases and enforce the maximum punishment for convicted animal abusers. 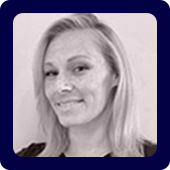 Michelle collects the information needed to connect with the authorities based upon our petition requirements. She follows each case and stays in touch with the authorities, police, attorneys, or judge until the case is complete, keeping accurate notes and details needed to help us effectively utilize our petition with your signatures and comments. 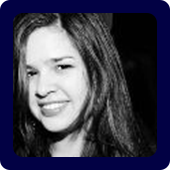 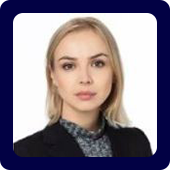 Svetlana is an attorney from the law firm of Biedermann.Hoenig.Semprevivo in New York. Svetlana is available to donate her time to Animal Victory to assist with finding and deciphering the laws for any of our petition cases. Like us, she is driven by the idea of standing up for what’s right for animals. Her compassionate devotion to doing this work helps Animal Victory get more replies from authorities as well as more investigations, resulting in serious consequences for convicted animal abusers. 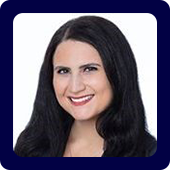 Alexa is an attorney from the law firm of Biedermann.Hoenig.Semprevivo in New York. Alexa is available to donate her time to Animal Victory to assist with finding and deciphering the laws for any of our petition cases. Like us, she is driven by the idea of standing up for what’s right for animals. Her compassionate devotion to doing this work helps Animal Victory get more replies from authorities as well as more investigations, resulting in serious consequences for convicted animal abusers.

Who is Animal Victory?

What is Animal Victory’s mission?

Our mission is to raise awareness of animal cruelty crimes through the use of petitions which are presented to officials and prosecuting attorneys to investigate alleged animal abuse cases and push to secure the maximum punishment for convicted animal abusers.

What is Animal Victory’s Vision?

Our vision is to create a world where animals are treated with compassion and respect.

How does Animal Victory accomplish its mission?

Animal Victory researches, writes, and publishes breaking news involving animal abuse cases. We then create petitions for some of these cases and utilize social platforms to connect people who care about animal welfare to the case so we can collect their signatures and use our collective voice to persuade officials and prosecuting attorneys to investigate alleged abuse cases and enforce the maximum punishment for the convicted animal abuser(s.)

What does Animal Victory do with our signatures?

We will keep the petition running for as long as we can to gain as many signatures as possible. We monitor the story as it evolves to determine when the case is going to court. At that time, we send the signatures to the appropriate authorities, prosecuting attorneys, judges, decision-makers, and anyone else including news outlets, involved or handling the case.

What does Animal Victory do with our donations?

Animal Victory is not a 501 c (3) organization.
We are a for-profit business that operates similarly to a non-profit with a social mission. When we launch a petition, we use any contributions/donations received to promote the petition to gain as many signatures as possible. This includes the online platform, newsletter costs, protest materials, and any business expenses, including our work, required of us to publish and promote the petition. Animal Victory also uses a portion of contributions from various petition campaigns to provide reward funds, donations, or direct aid to organizations and/or individuals that have solicited their services or been involved with specific petitions on a case-by-case basis.

Why is Animal Victory .org and not .com?

Animal Victory is a mission-based organization with a detailed purpose that focuses on benefiting society/animals rather than focusing on money to benefit owners and stockholders. Dot.org connotes social responsibility. This is the reality of who we are. Dot.com connotes profit only. Simply put, we chose .org because it fits better with our social responsibility to change the world for good for animals and helps us achieve our goals including giving back a significant portion of income.

Why are these petitions necessary if an animal abuser has been charged?

Because prosecutors will often let animal abusers off with nothing more than a slap-on-the-wrist or a plea deal; even if there is damning evidence in the case. This can happen for several reasons, from courts being underfunded and overwhelmed with cases, to inexperienced prosecutors trying animal abuse cases, or prosecutors who do not see animal cruelty as a crime worthy of severe punishment. This is exactly where petitions come into play. When members of law enforcement, prosecutors, and judges receive a letter of intent from us, along with a petition that has thousands of supporters/signatures seeking a particular action, regardless of their circumstances, it’s near impossible for them to ignore it. It shows them that the public DOES care about these cases and that they DO want to see real punishment. They are persuaded to think twice about their actions.

(Think about changes made by recent protests.)

Does the PACT Act mean an abuser will be charged with a felony?

Provides for felony charges, fines, and up to seven years in prison.

As of November 2019, the PACT Act was approved, meaning all 50 states now have enacted felony penalties for certain forms of animal abuse. However, each state determines what constitutes cruelty, and the penalties for committing the cruelty. Furthermore, just because an abuser is charged with a felony, it doesn’t mean they are going to get the maximum jail time associated with a felony. Trying to ENFORCE the appropriate “felony” punishment charge can be very difficult. Many courts are underfunded and overwhelmed with cases. Because of this, oftentimes they get plead down to a lower chargeable offense to not have to go to trial; (it saves resources.) Therefore, most of these abusers get off with a slap on the wrist-perhaps some community service and a small fine. Before long they are back to abusing animals. The purpose of the petitions is to create pressure on the authorities, prosecuting attorneys, and judges to not follow the lesser offense practice. In all cases, it’s impossible for authorities to ignore the fact of thousands of signatures and comments they have been presented with from a petition.

What has Animal Victory accomplished?

Does Animal Victory give back?

Why do we put our time and energy into these petitions?

It really is simple. We are tired of animal abusers getting nothing more than a slap on the wrist. We want our collective voice to be heard by judges and officials, and we want animal abusers to take notice – things are changing! Many areas of the nation are taking animal cruelty cases more seriously, but pitiful sentences are still being doled out.

In April 2020, Daniel Haas pursued a dog with his car, striking the dog and then using a headrest from the vehicle to beat her. Though a witness observed the horrific abuse, this man served no time in jail. Instead, he was given five years of probation and a 10-year ban on pet ownership. Animal Victory believes that this punishment does NOT fit the crime!

A Michigan man, accused of killing seven puppies in April 2018, managed to skirt jail time altogether. Instead of putting Quintay H. Donald behind bars, Saginaw County Circuit Judge Andre R. Borrello sentenced the accused puppy killer to probation and a small fine in September 2019 And in September 2019, Debbie Rohloff pleaded no contest to charges stemming from the death of her golden retriever, Kaylee, who was left inside of a parked car for three hours in July 2019. The young dog suffered an agonizing death from heatstroke, but Rohloff got a slap on the wrist – no jail time, just probation, and some community service hours to be completed at an animal shelter.

We want animal abusers punished for their crimes. We are tired of paltry sentences that fail to send a message to other potential animal abusers. Studies prove that animal abusers are more likely to engage in domestic violence and general violence against people. Judges have the opportunity to put these violent people behind bars and not return them to society with nothing more than probation and fines.

Please Note: At times we may end or remove a petition prematurely from our platform as the story unfolds. If new evidence is presented, indicating that an accused person is actually innocent of the crime for which they are accused, we may end or make a decision to remove the petition with an update about the new facts which have emerged.