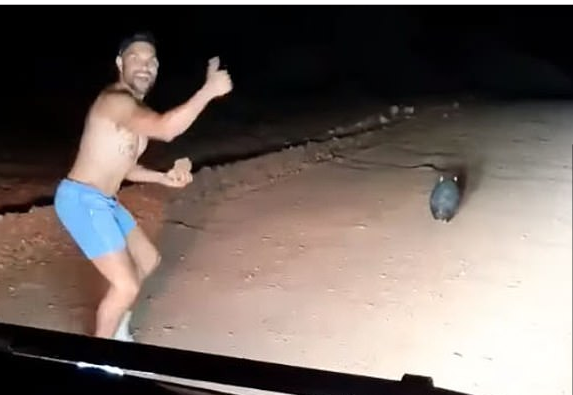 South Australia – Video recently surfaced showing a man mercilessly hurling stones at a fleeing wombat in South Australia. The man has been identified as Waylon Johncock, a police officer who was off-duty at the time of the cruel act.

While killing a wombat with a stone is technically legal under Australia’s Native Title Act, the cruel manner which this innocent creature was chased and tortured should allow for Johncock, and his yet unidentified “partner” who filmed the incident, to be prosecuted under the country’s Animal Welfare Act.

The video, uploaded to video by the Wombat Awareness Organisation, is truly disturbing. Not only is the frightened wombat chased down, but the men chasing after the creature are laughing. While Waylon Johncock throws stones at the wombat’s head, a laughing man can be heard saying: 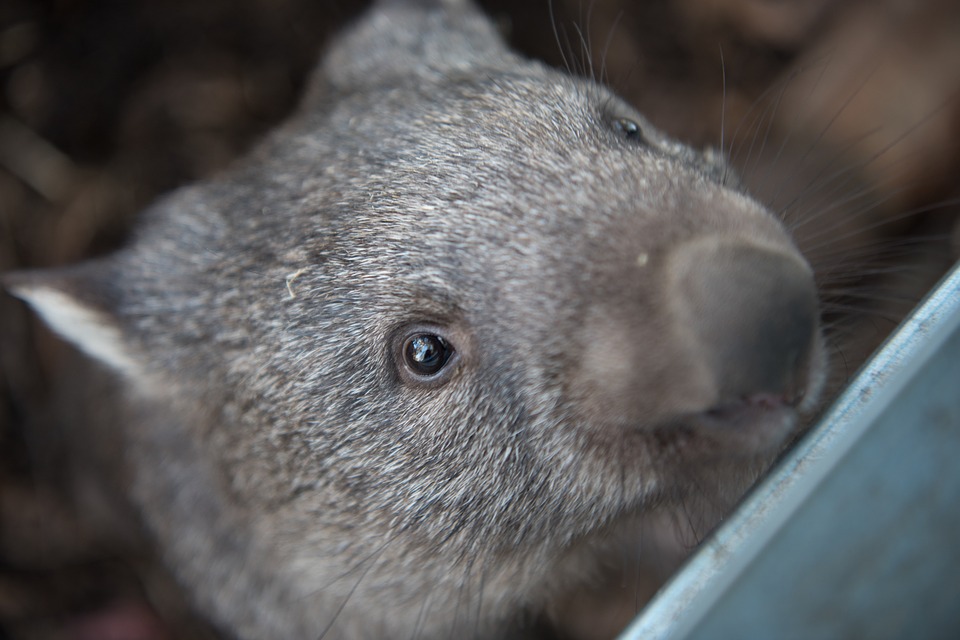 This is not “traditional” hunting. This is despicable cruelty. The wombat stood no chance of escaping the stones being hurled at its head. The innocent creature did not die quickly – it was left to suffer an agonizing, slow death – for what reason? For the entertainment of these men?

As reported by 7 News Australia, the authorities have expressed disgust over the cruel act as well. Police Commissioner Grant Stevens tells the news agency, “I viewed the video this morning and immediately instigated an investigation into this incident,” adding, “I find the actions portrayed in the footage to be totally abhorrent and unacceptable.”

He went on, “I am aware of the community outrage regarding this matter and want to reassure everybody that the actions in the video do not align with the values and behaviours I expect from my employees, nor does it align with community standards.”

One Aboriginal elder has defended Johncock’s killing of the wombat as being part of “traditional” and insists that it is his right as an Aboriginal to stone a wombat to death. But another Aboriginal elder has stated that what the men did was “wrong.” Explaining, “The way they went about it, it was just more of a joke, a fun thing for them.”

Please join us in asking that this cruel incident be prosecuted under the country’s Animal Welfare Act. These men need to be held accountable!

Update 12/6/19: We are disappointed to report that Johncock will not be charged for killing the wombat and he will remain on duty as a police officer.  SA Police Commissioner Grant Stevens explained the findings of the investigation, “The investigators have ascertained that as a traditional Aboriginal man, the Senior Community Constable has an appropriate permit to hunt wombats for food.” Adding, “Whilst distressing to many who viewed the video, it has been established the Senior Community Constable’s actions were not inconsistent with traditional hunting practices.”

Update 10/9/19: Despite widespread outrage over Johncock’s brutal killing of an innocent wombat, he has not been placed on leave and is working as normal. The police are still investigating.