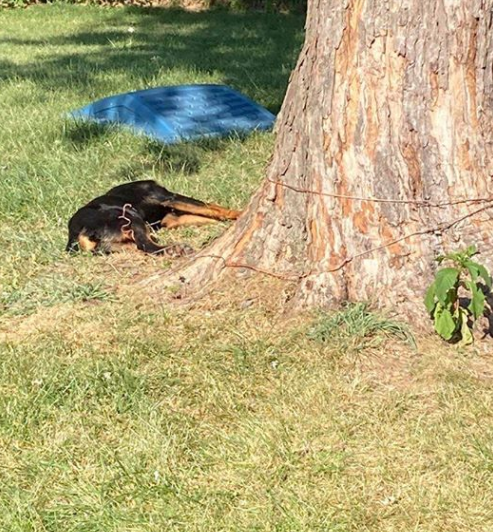 At the bare minimum, this is gross negligence, if not outright animal cruelty. Please sign this petition, which will be submitted to the Montgomery County, Ohio, officials, along with our letter demanding a full investigation and charges for the dog’s owner.

The events leading up to this dog’s death were recounted (by a neighbor/witness) on social media: 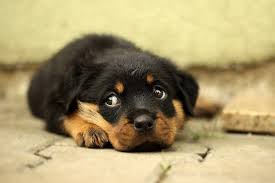 The witness reportedly stated, “Not sure what will happen with the situation. I find it incredibly sad and extremely negligent to treat animals this way. It has been in the mid-90s for several days. This dog died a slow and agonizing death waiting for its owner to take care of her. It truly isn’t that difficult to take decent care of a dog. This owner has shown they are unfit to do so.”

This dog suffered horribly before dying and her owner must pay for allowing it to happen. This dog’s owner must not only face charges and punishment, but the court should prohibit him/her from ever owning a pet again.

Update 8/12/2021: Animal Victory has learned that Peaco was sentenced to 180 days in jail, of which, 174 were suspended. Peaco was also fined $100 and is prohibited from owning a companion animal for five years. Peaco must also not have any criminal offenses within the five years of probation time. We thank everyone who signed the petition seeking justice for this dog.

Update 8/5/2020: The dog’s owner has been arrested! The Montgomery County Animal Resource Center has confirmed to AnimalVictory.org that Dana Antionette Peaco is facing multiple charges for the death of the Rottweiler, and neglect of another puppy who was seized from the home. Peaco is charged with 3 counts of animal cruelty FOR EACH DOG for violations under ORC 959.131(Prohibitions Concerning Companion Animals aka Goddard’s Law) as follows:

“(B) No person shall knowingly torture, torment, needlessly mutilate or maim, cruelly beat, poison, needlessly kill, or commit an act of cruelty against a companion animal.” This is a first degree misdemeanor charge carrying a max sentence of 180 days in jail w/$1,000 fine.

Though a necropsy revealed that the Rottweiler died from Parvo, the Animal Resource Center confirms that Vandalia Municipal Court is upholding the charges because the dog was left outside in the heat, without shelter, food or water.

Update 3/11/2021: Today we sent 22,245 signatures and comments to Animal Resource Center Robert Sexton: the person in charge of the case.