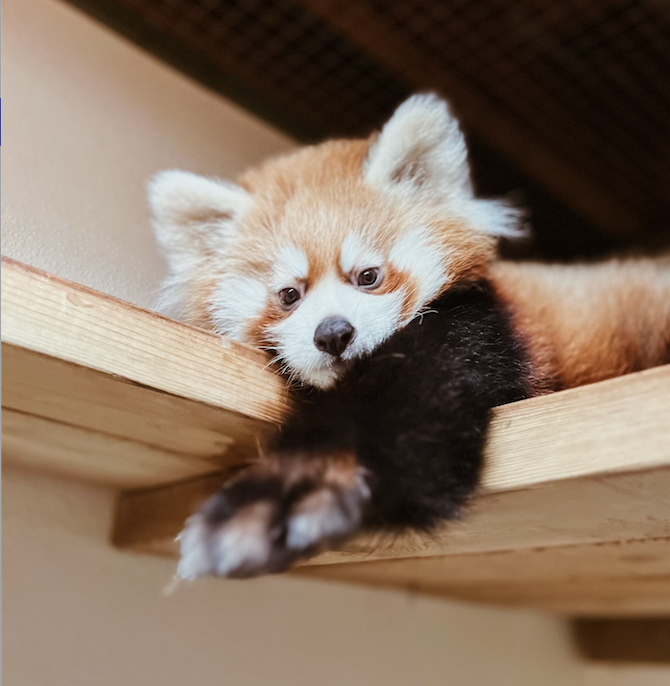 Toronto, Canada – Staff at the Toronto Zoo is mourning the unexpected death of a baby red panda affectionately known as Baby Spice. The three-month-old cub was doing well on Saturday, but on Sunday morning, he was “vocalizing” and “extremely weak.”

The cub was rushed to the Wildlife Health Centre and administered fluids, antibiotics, and oxygen, but the supportive care was not enough to save his life. The zoo writes:

He was stable for a short period of time but then took a turn for the worse, at which point he stopped breathing and had no pulse. Resuscitation attempts were made but were unsuccessful.

At this point in time, the cause of the cub’s death remains unknown. His body will undergo a necropsy in order to determine what caused his rapid decline and death.

A naming contest was underway for the cub, but his caretakers referred to him as Dash. Dash’s Wildlife Care Keepers said:

“Dash brought us keepers so much joy. It was wonderful to see his mom, Paprika, become such an amazing mother and to see the bond develop between her and Dash. We enjoyed watching him grow and meet every milestone with gusto. Every daily weigh-in was the highlight of our day and we loved seeing his little “Yoda” face every time we opened the nestbox. To watch as he grew from a hesitant cub to a brave little boy will be one of our fondest memories. We are sad that our time with him was so short but we will cherish every moment we shared with him.”

The zoo said that red pandas have low survival rates with approximately 40 percent of cubs dying within one year of birth.

In an effort to protect vulnerable animals, the zoo administered covid vaccinations earlier this year.