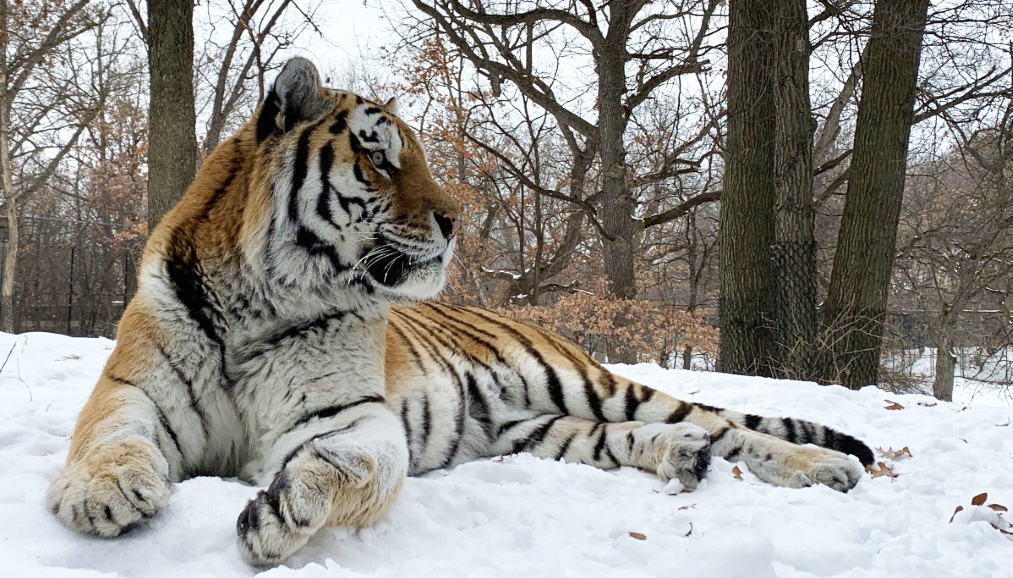 On March 24, the Minnesota Zoo announced the death of a 12-year-old Amur tiger named Putin. According to a release from the zoo, despite “heroic emergency efforts” the tiger died of cardiac failure during a preventative health exam.

It’s with heavy hearts that we share that the Zoo’s 12-year-old male Amur tiger passed away yesterday during a routine medical procedure.

This is a profound loss for the Zoo. We would like to extend our thanks to the dedicated animal care team for their commitment to the animals and tiger conservation worldwide.

Putin was born in the Czech Republic in 2009 and lived at the Denmark Zoo until he was transferred to the Minnesota Zoo in 2015. The tiger was undergoing a routine medical procedure when his heart failed. Dr. Taylor Yaw, the Minnesota Zoo’s Chief of Animal Care, Health and Conservation said:

“We plan weeks ahead for these types of exams. All necessary precautions were taken, and the team did everything within their power to save this animal. We’ll continue to learn more in the days and months ahead, and we are grateful for the support of the University of Minnesota’s pathology team for their expertise and support as a necropsy is conducted.”

“Today is an incredibly hard day for all of us at the Minnesota Zoo and we will be mourning for quite some time. Our Zoo has played a key role in global tiger conservation throughout our history and we currently are co-leaders of the Tiger Conservation Campaign, which has raised millions of dollars for tiger conservation. While this loss is great, we can be proud of our efforts – past, present, and future – to advance tiger conservation worldwide.”

So the poor CAPTIVE and deprived from a normal life was killed due to the  ANESTHESIA
ADMINISTERED for the so called routine health check.. This poor Tiger would be alive if
some unnecessary procedures are not forced upon these magnificent animals.