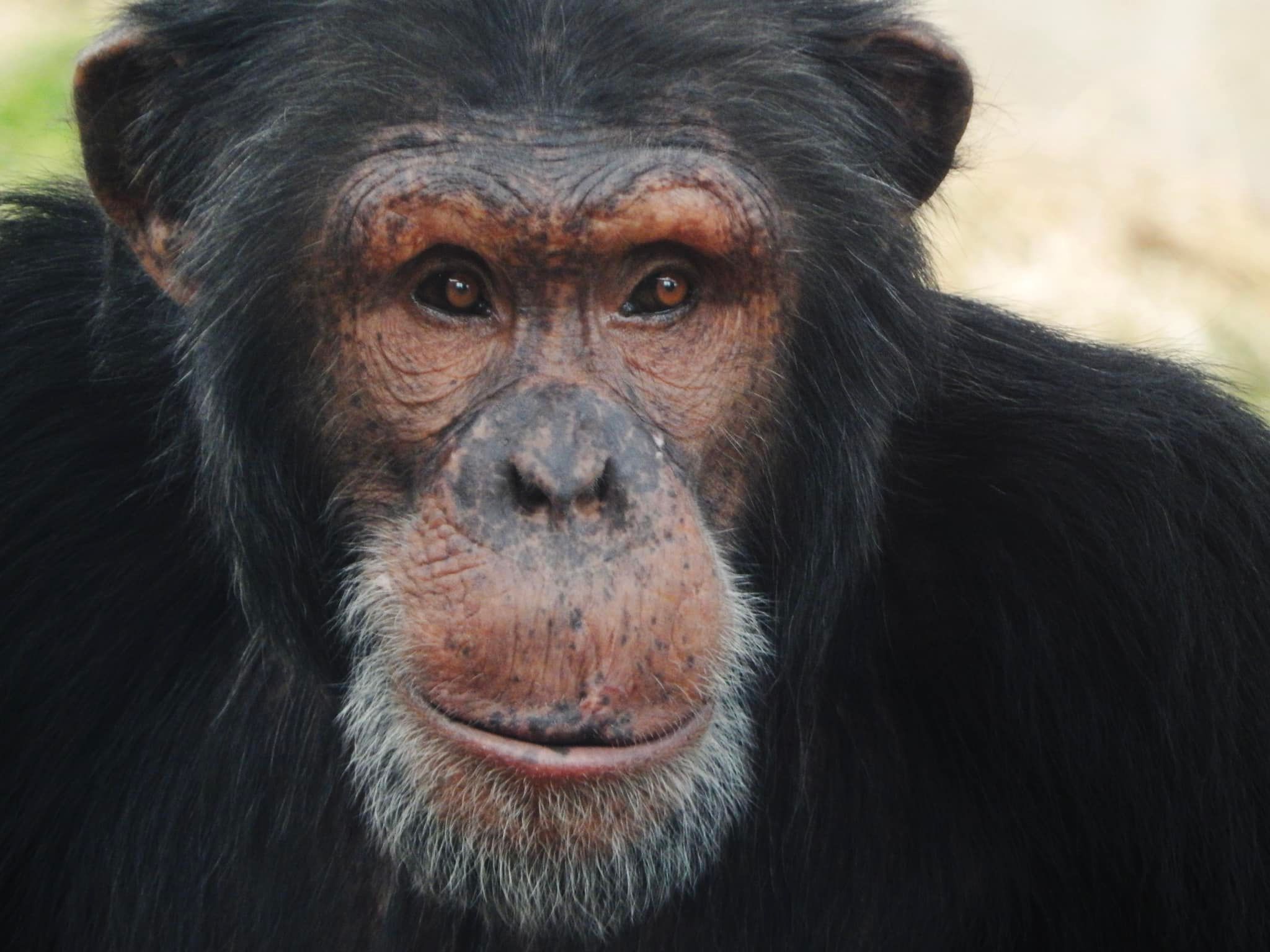 Albuquerque, New Mexico – A 22-year-old chimpanzee named Thunder died on July 9 at the ABQ BioPark Zoo. According to a release from the zoo, Thunder had begun showing signs of a gastrointestinal illness in early July and his condition deteriorated rapidly on the day that he died.

Like all apes at the BioPark, Thunder is trained to participate in his own healthcare. Thanks to the trust and incredibly strong bond he has formed with his caretakers, Thunder actively ate, drank and took medication during his illness. He responded very well on some days, and staff had high hopes for his recovery. However, Thunder declined quickly on Saturday, and veterinary staff were unable to revive him.

The zoo stated that Thunder tested positive for Shigella bacteria and it is believed that he contracted the bacteria from an asymptomatic carrier in the troop. No other chimpanzees at the zoo are showing signs of infection, but they are being monitored closely for any changes in behavior.

Thunder and his sister, Rainy, were taken in at BioPark in March 2002. The chimps were born at a medical lab during a thunderstorm and upon their arrival at the zoo, they were handraised by staff until they could successfully be integrated into the troop.

“We have been lucky to watch him grow from a youngster to a developing leader and protector of the troop. He was known among staff and guests for his curiosity and mischievous nature.”

Sounds Like He Was Loved.I went to a Zoo today.Disapointed,the big heard animal could hardly walk on his right front paw,small enclosures ,filthy green water in their swim holes,feces,Very small enclosures.Saw NO INTERACTIONs with Caretakers.RooseveltParkZoo,Minot N.D.A vent in water totally blocked w leaves.Poorly areas for shade.Im really shocked at what i saw.Dirty water Bears No activititys Or Again Good caretakers.their bldg.A few things.very few.with that land.those animals Are in very sm.enclosers.maybe a trip for the Director to the Bronx,Queens Zoo.(Childrens farm,Goats in filthy black water,n whatever they were standing in filthy.really no interactions.,with caretakers.I love zoos .sure 3 lion cubs laying in heated open stairs above,baby.giraffe .i was told they feed giraffs w a fee to watch?I walked outta there feeling so bad for those animals.Do a fund raise everytime u can.An old zoo.Filthy water the brown bull was in right leg really bad ,old guy.I THOUGHT ID BE INPRESSED.NOPE HAVE THE CITY VOLUNTEER HELP CLEAN WATER ,GOATS HUTS. I FEEL SO BAD FOR EVERY ANIMAL IN THERE.I THOUGHT,THAT WOULD CHEER ME UP TOTALLY.BE ASHAMED OF THIS ZOO.MY HEART FELT SO BAD FOR THESE INNOCENT ANIMALS

Please report these conditions to the American Zoo Association!

I remember going to the zoo as a child and seeing the monkeys all crammed in a barren cage with concrete floor. They screamed and cried non-stop. It was very disturbing and upsetting and the memory has stayed with me for life. I have been an advocate for animals all my life and zoos are what drove me to it!

Sometimes I think they just let the old animals die because it’s cost effective. The time for zoo’s waterparks and circus’ has passed. These wild animals deserve their God given right to be free just like humans. With the internet people can watch these animals living their lives free instead of trapped.

Wild animals never belong in captivity unless they are unable to live in the wild or need rehab at a legitimate sanctuary.

Says it all ‘born in a medical lab’
This is not a world l am proud to be a part of one and God has been testing us. And we have failed on all accounts…

Just look at those eyes -so knowing. Sad for his ape family and the humans who cared for him. Medical labs – go to Hell.