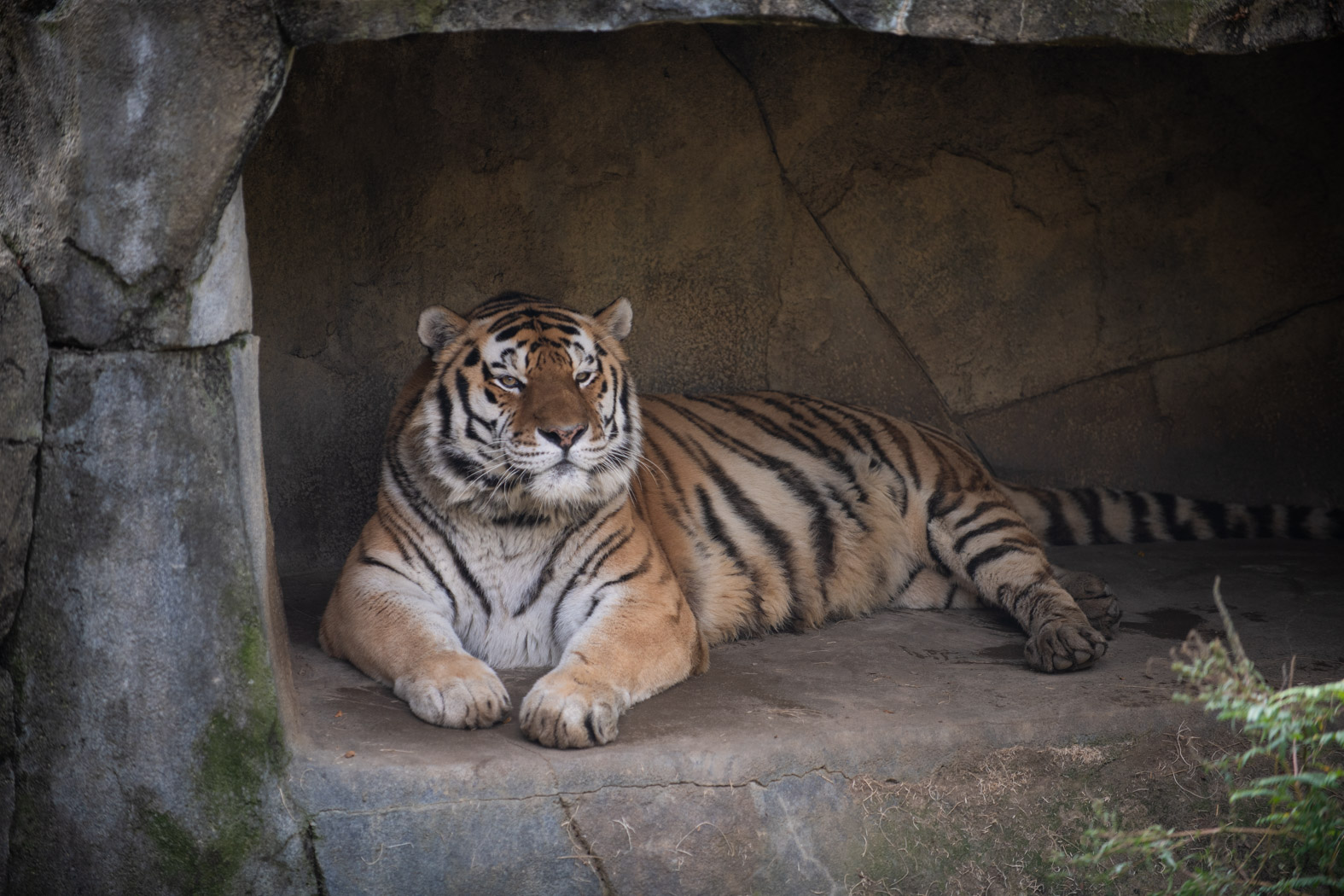 Ohio – On June 29, the Columbus Zoo announced the unexpected death of a 14-year-old Amur tiger named Jupiter. According to a release from the zoo, Jupiter contracted Covid-19 and died on Sunday, June 26.  The zoo stated:

Jupiter had been on long term treatment for chronic underlying illnesses, which made him more susceptible to this virus. Jupiter is the first animal at the Columbus Zoo to succumb to COVID-19.

Jupiter initially showed signs of illness on June 22. When the symptoms continued into the following day, the tiger was anesthetized for examination and treatment. The exam revealed signs of an infection, but Jupiter didn’t respond to the treatment and passed away two days later.

Jupiter was born at the Moscow Zoo in 2007 and arrived at the Columbus Zoo in 2015. He sired nine cubs, contributing to the future of this endangered species.

Jupiter’s care team remembers him as a big and impressive tiger who loved fish, sleeping in the habitat’s cave, playing with cardboard boxes, and interacting with another favorite item—a 75-pound firehouse “plus sign” that was heavy for keepers to move but something he carried around like it weighed nothing. His care team also fondly remembers the trust they built with Jupiter over time through training and how he was always very friendly with the female tigers, Mara and Natasha.

Jupiter will be greatly missed.

According to a prior news release from the zoo, animals at the Columbus Zoo were vaccinated against Covid-19 in late 2021.

Stunning animal. So sad he passed away. The photo shows him in fantastic condition for a zoo. I’m impressed. RIP Jupiter 😿

Tigers do not belong in a zoo. Lock up all those who work in the damned zoo. Horrible people.

Animals do not belong in zoos and unfortunately man failed Jupiter. Oh. And Why did he die from Covid? He was vaxxed * sarcasm *

Shameful! The Bronx zoo immunized their big cats after several got covid. Since then they have been wearing masks and have been very careful to test all employees since. You can bet in this stupid red state they didn’t follow safety protocols. Does this tiger look like he has several health issues? He looks pretty healthy to me. I’m in red SW Missouri and almost no one is wearing a mask but me! They all think covid is over when B5 is killing 800 people a day. Morons!

Please grow up and make your political comments elsewhere. I can assure you that The Columbus Zoo is following ALL safety protocols in place to protect their entire population. This poor animal had underlying conditions that caused his death. Things happen, COVID mutates and now is even more transmitted, protocol or not. I think the moron here is you! Please don’t post unless you have words of condolences or praise for captive animal care. And please STAY in SW Missouri, Ohio is doing fine!

This is not right; these wonderful creatures belong in the wild or sanctuaries if they cannot return to their habitat, but they are not toys to entertain people, nor are any other animals. If people want to see animals, they can look in the internet, television programs, sanctuaries, etc Being at a zoo and dying, means he didn’t have space, adécuate space or shelter, food, neglect, and he was simply imprisoned. This cannot happen and these zoos must disappear.

You said it, Margarita — ZOOS are HELL-HOLES for Tigers —