Orlando, Florida – Late last week, a young zebra died in a tragic incident at Disney World. Animal Kingdom park visitors who witnessed the incident on Thursday morning told news agencies that the zebra got spooked when two ostriches were let into the safari area. 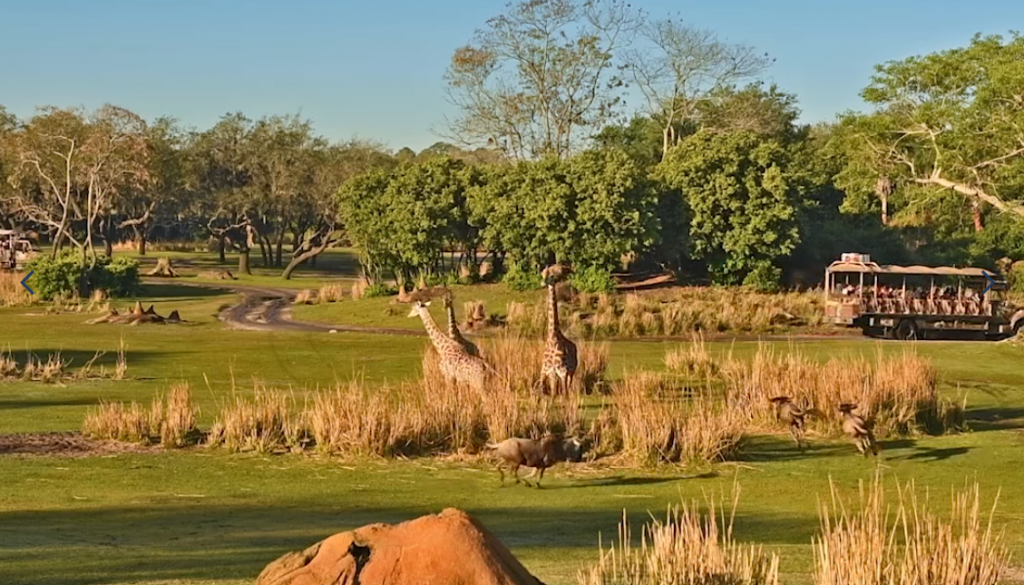 The frightened animal bolted…running at full speed into a gate. Park officials desperately tried to save the injured zebra, but they were unsuccessful.

In an email to WESH News, a Disney spokesperson said:

“We are heartbroken over the loss of our Hartmann’s mountain zebra that passed away yesterday, and we ask that you keep our dedicated animal care Cast Members in your thoughts.”

Who let the two Orstriches into the same area as the Zebra? That person needs to be fired and pay for the Zebra!

Is you fired everybody ? Who will worked there? You!

Do you not know how to speak English? I am trying to figure out what it is that you were trying to say.

I agree wit you if you can’t speak like a human keep your mouth shut!

Disney is for cartoons why in hell do they have live animals.
Stick to the painted and stuffed fake variety.
Obviously you don’t know what your doing if this is what happens

They are evil. It is coming out. Not all the staff but the corporation.

How the hell did that happen?? Wasn’t anyone watching the young zebra???

Zebras don’t belong at Disney, they belong in the wild. It is absolutely shameful what humans do to animals of all kinds.

Yet another argument against keeping animals in captivity. It is unnatural and human centric. Sadly, humans have wreaked so much havoc in the world of animals that many exist only in zoos and for some that is the only reason they still exist. In their native habitat this would not have happened.

Animals should not be held captive at Disney World for entertainment. That’s animal abuse and inhumane.

It is really sad that the Disney of today is such a far cry of what the Disney of its creator, Walt Disney, had set out for it to be. Always family first entertainment that provided safe, wholesome fun for every child, young or old. Now that corporations have become so entrenched, only interested in the almighty dollar and who they may offend, everything has changed and they seem to not think twice about overstepping boundaries. Wild animals don’t belong there, keep them free and in the wild.