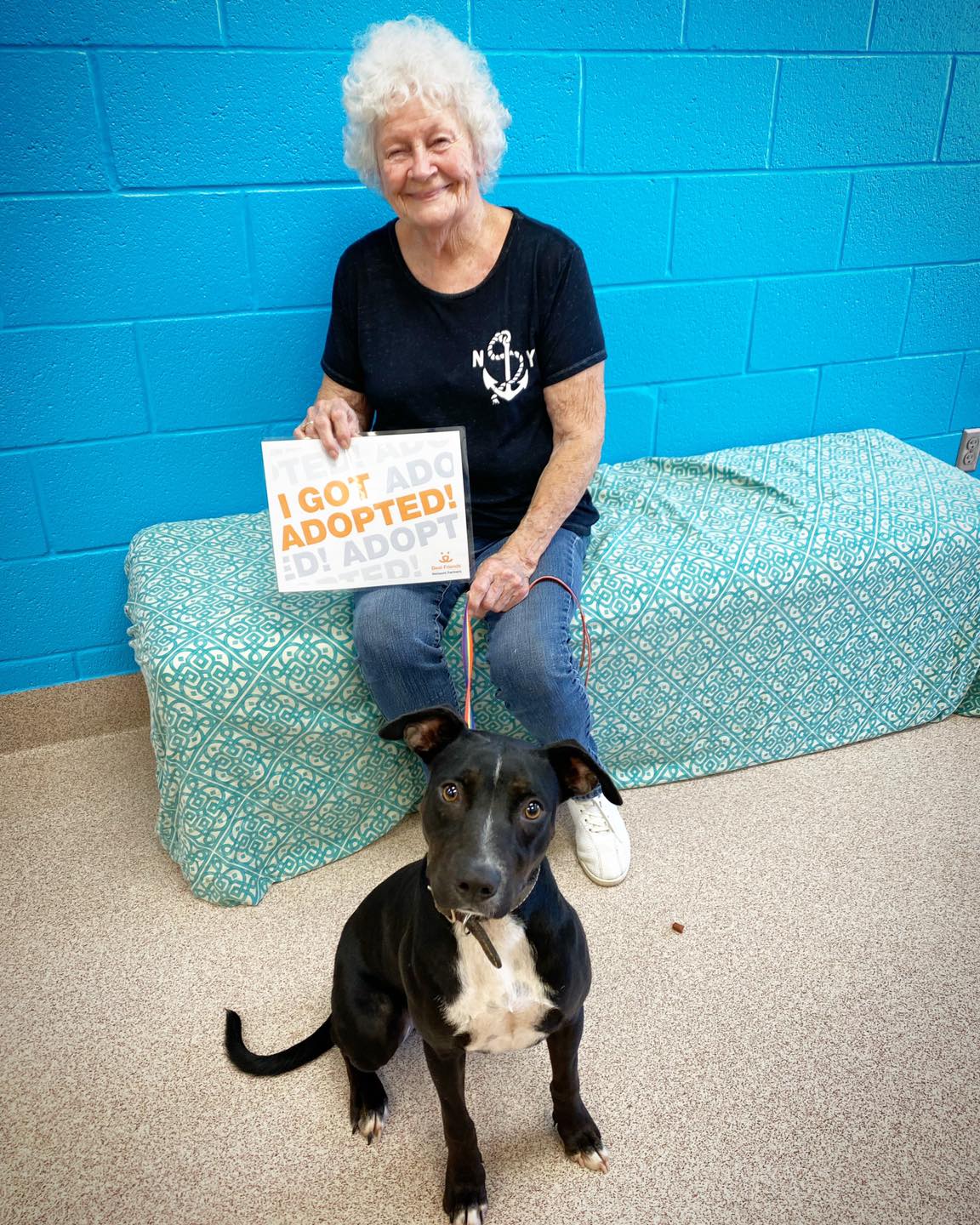 Ardmore, Oklahoma – In mid-September, an overlooked mixed breed dog named Tiffany finally got her chance to live out the remainder of her life as a beloved companion. Tiffany’s big break happened because of a woman named Patsy who walked into the Ardmore Animal Care Center, making a special request to the staff.

“I want the dog that’s been here the longest, or a black one; someone that no one else wants.”

The staff knew which dog perfectly fit the bill…Tiffany. According to the animal welfare agency, Tiffany had been passed by dozens of times. They said that the “young, black Pitbull that would’ve been walked past 100 more times.”

The long-time shelter pup seemed to know what was happening; the shelter writes:

I’m pretty certain Tiffany knew what was going on; she clung to her new owner, behaving like such a good girl and giving tons of sloppy kisses, wagging tails and so proud of her new status: “adopted,” “wanted” and “loved.”

Patsy’s excitement mirrored Tiffany’s – she was ecstatic to bring her new friend home. And the shelter staff? They are joyous as well, writing:

We need a million more Patsy’s in the world!
We had several adoptions today, but this one tops my list. I have no doubt that Tiffany is going to be nothing short of loving, loyal and grateful.
Our hearts were overflowing in this moment.

And saying the words that mean the most:

Thank you for adopting a shelter dog and most importantly, saving a life! ❤️🐾

God bless this lady for her love and compassion and lots of luck to tiffany. i hope your new journey is filled with love and fun.