Woman ‘Speechless’ After Learning That Her Missing Cat Was Found 1000 Miles From Home, 9 Years After Vanishing 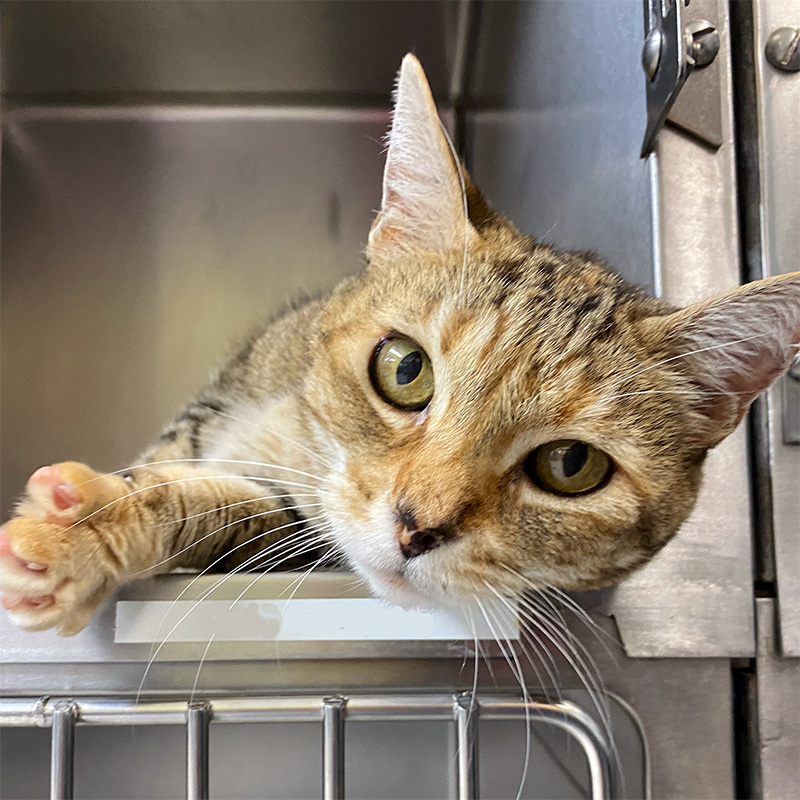 Hayden, Idaho – A woman was left speechless after receiving a call from someone at the Kootenai Humane Society letting her know that her cat, Harriet, was at the shelter. The call was particularly stunning to Susan Moore because she thought that her cat, after being gone for nine long years, had died.

Harriet vanished from Moore’s California ranch nearly a decade ago; after numerous fruitless searches, her distraught family assumed the worst. Fast forward to Sept. 19, 2022 – good Samaritans found Harriet on the side of the road in Idaho and took her to the shelter; it was there that staff discovered a microchip. Information on that chip led to the phone call that left Moore stunned.

“The lady (who) was at the front desk called the owner that was listed on the chip, she started talking to her, and the lady was pretty much speechless because she didn’t realize that her cat was still alive.”

Harriet was taken in by one of the shelter’s foster families and though she could go back to her original, California family, there is concern that whoever has been caring her for the past nine years might be missing her. Moore told the news agency,

“I feel like she belonged to somebody else after this. She lived somewhere for nine years. I mean, I have no idea whether she would remember us.”

What a horrible story! They didn’t even take her back and so she had to go to foster care??

Wow! I hope Harriet ends up with a great forever home to spend her golden years, if her original family doesn’t seem to want her back. Geez, there should be no question that the cat would remember her former family! I wonder how in the heck she got to Idaho from California in the first place, and why, if some other person had her all these years, why no one bothered to check her for a chip until now?

I would have to agree I mean how can you not want your fur baby back like I said they are family I don’t know what I would do without my fur baby lily she’s 5 yrs 5 months old and my mom and I just moved I thought she got out it’s a different area of town she would not know where she was or anything ended up that she didn’t get out that she was hiding behind all of the boxes stacked by the porch sliding door 🚪 thank God 🙏 for that I really don’t know how I would be able to live without any kitty 🐈 cat became an animal lover at the age of 2& a half yrs old maybe 3 years old I am now 36 years old I would be crushed if I didn’t have a kitty lily is my ESA emotional support animal for both my mom and I, got her just a day after my fur baby that was just about 18 yrs old passed away so instead of grieving lily was both mine and my mom’s support system she knows when we are sad and lonely she’s always there for us and will always be there for her as well no matter what I hope this fur baby Harriet gets a brand new forever ♾️❤️ loving home 🏡 where she can lounge for the rest of her years and life.

This is so sad, 😢 if my fur baby was missing even for a day or two and then found I would so take her back, and of course your fur baby would remember you, your fur babies are your children they are not just fur babies and animals they are your children so yes they remember their family.. breaks my heart 💔 that someone that owed her and was missing her for 9 years of what I am hearing and reading unless I am wrong sounds like the or original owner never wanted to take her back that’s so mean I mean what if she was trying to get
Back to her real family instead of the person that was supposedly taking care of her for the 9 years that she was missing I mean my fur baby Presley ran away in 1998 never saw him again assumed an animal got to him but now I am thinking that maybe just maybe someone found him and took him in and decided to care for him as their own he was 8 years old in 1998, this is now 2022 l highly doubt that Presley is still alive and all but he really was such a beautiful handsome fur baby will never forget him or his face or his name 📛 got him when I was 4& a half years old on Christmas 🌲🎄☃️ morning 1990, and then we also got Perscilla she never ran away after we moved but Presley got scared and got outside my fur baby kitty 😻 cat lily doesn’t go outside she’s been an inside only kitty 🐈 cat for the past 5 yrs 5 months she has gotten out a few times but I get hr her back in pretty fast because she doesn’t know where she is when she is outside or she just is scared 😰 and or just curious but still always been a inside kitty 🐈 cat going to keep her a inside only kitty 🐈 cat for sure though.

No matter how long my cat was missing, I would welcome her back. If she had supposedly been looked after by some other family why did they not come looking for her or had her microchip info updated to their family when they first took her in so THEY could find her if she went missing. This cat would have recognized her original owners by scent no matter how long it had been and I think it was reprehensible that they did not take her back. On the other hand perhaps it was for the better given their seemingly lukewarm response. Hopefully someone else can show more love for this cat.