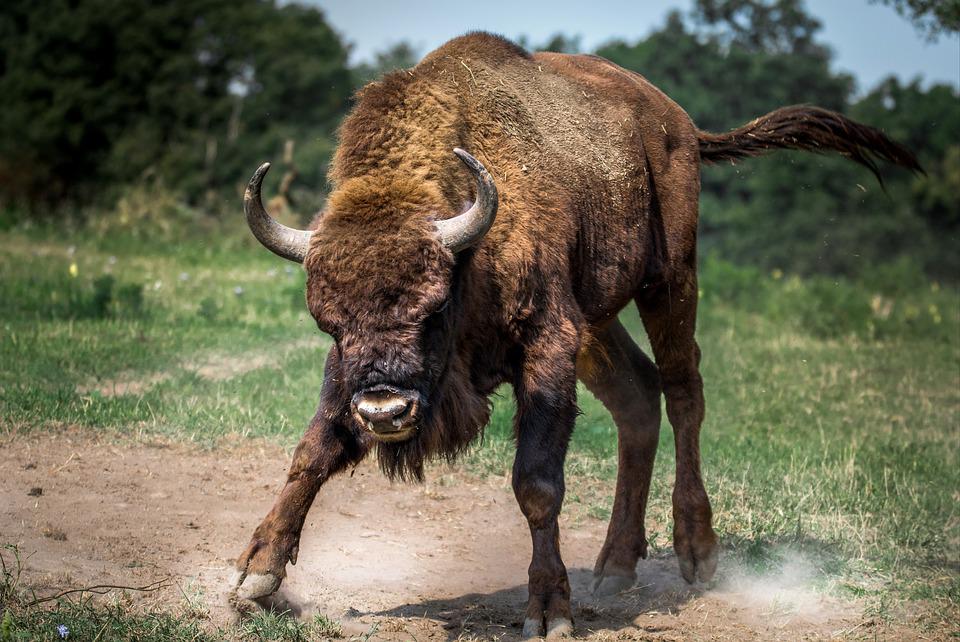 Yellowstone National Park – On June 29, a 71-year-old Pennsylvania woman was gored by a bison after she and her daughter inadvertently got too close to the animal near Storm Point at Yellowstone Lake.

The incident, which left the woman with non-life-threatening injuries, comes just two days after a Colorado man was gored by a bison on a boardwalk near Giant Geyser at Old Faithful, and it is the third bison attack in 2022.

The National Park Service reminds the public that bison are unpredictable and they can run three times faster than humans. The agency advises the public to:

The last two bison attacks remain under investigation and the park service has no further information.

bison 2 humans 0. what a bunch of scmucks.

People going into nature to look at the animals. That’s all. You are a horrible person.

If those two idiots are that stupid they got what they deserve! Always a bleeding heart making excuses for idiots.

sorry i hurt your bleeding heart but these idiots aren’t just looking at nature. they are getting too close to a wild animal who doesn’t know there intentions and really doesn’t care. you are invading their space. there are warnings everywhere yet idiots ignore them thinking this is a petting zoo. the sad part is that not only do the dummies get hurt or killed but many times the animals are killed as well just because some dumb human can’t obey the rules. period!

What is wrong with people, my son was holidaying there 4 weeks ago, take notice of the signs keep your distance this is their home you are visiting 😡😡😡😡people are so stupid

Stupid bitches. Stay the hell away from the animals. U got what you deserve. Its all about respecting the animals in their habitat. Obviously, they showed disrespect so this is the result.

People need to get their thinking caps on. These are wild animals and deserve their space. I sure hope everybody and especially these folks have learned a lesson. Nature is nature.

I think that in every one of these cases the park service will discover that the people have either intentionally or accidentally gotten into close proximity of these very large “Wild” animals.
I have seen so many videos of people, some with children trying to get too close to animals in parks with tragic results. The sad thing is that the animal – who is in their home space & did not cause the altercation – is usually the one who pays the ultimate price.

Just another idiot who didn’t obey the rules. You get what you deserve

I feel bad for the old lady. But ur in their only territory they have. U wanna really see them go buy binoculars! I hope nothing will happen to the Buffalo.

How does one get inadvertently close to the bison?

I can’t believe the stupidity of these people who “just want to get a little closer” for that photo!! They deserve what they get!!!

Leave the wild animals alone. Humans encroach on their habitat all the time. If you’re too close, you get what you deserve!

Getting too close to wild animals is a bad idea. You are risking your life but also that of the animal who does not know better. Wild animals could be “put down” because they hurt/killed a human. Sometimes, humans act as if they are no smarter than any other animals.