Wandering Seal Pup Found By Snow Plow Crew: A Kind Officer Scooped Him Up And Got Him Help 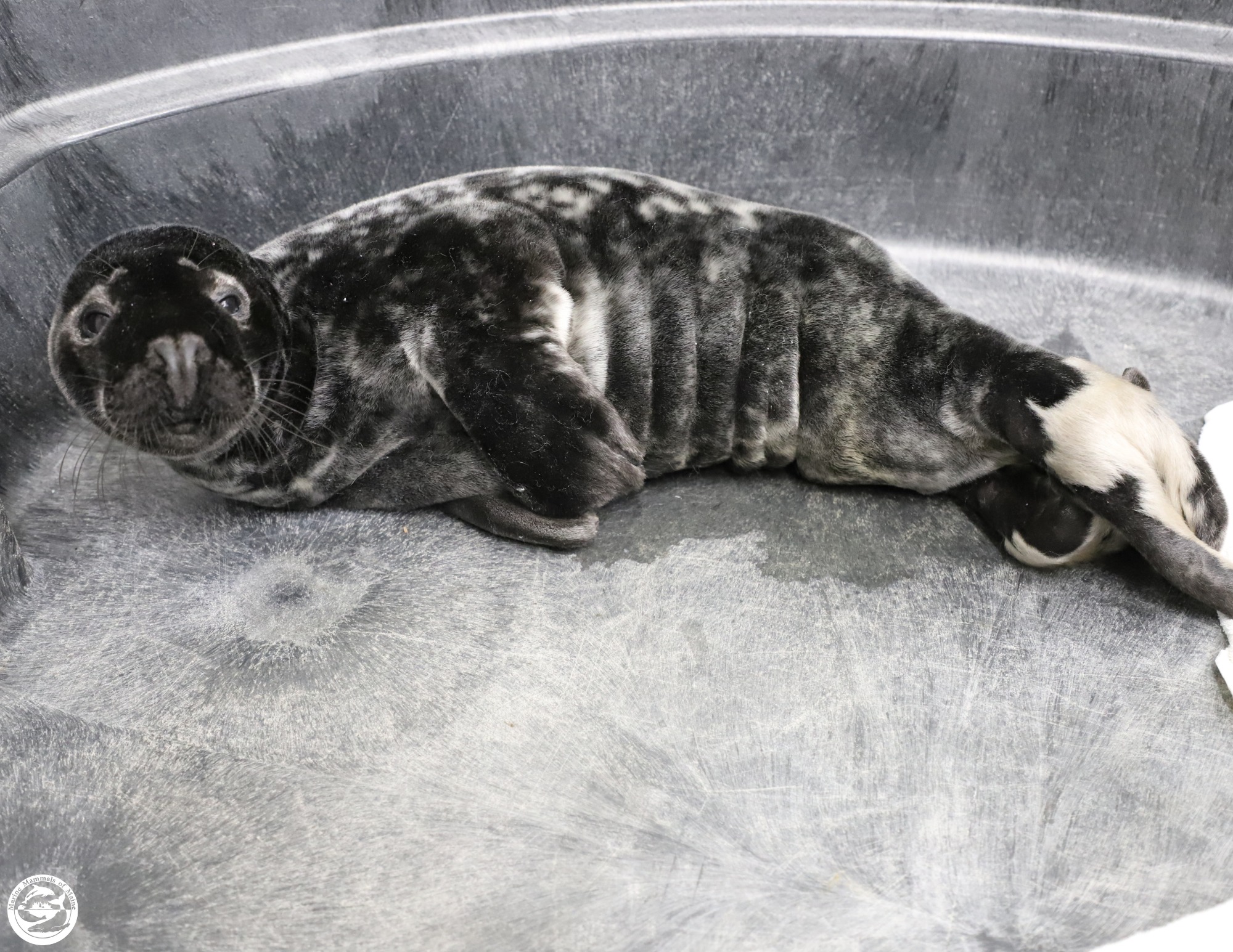 Cape Elizabeth, Maine – A misguided gray seal pup was given a helping hand this week after finding himself a good distance from where he was supposed to be. According to Marine Mammals of Maine, the pup was found by an early morning snow plow crew that spotted him in the middle of a road, approximately a quarter mile away from the ocean. 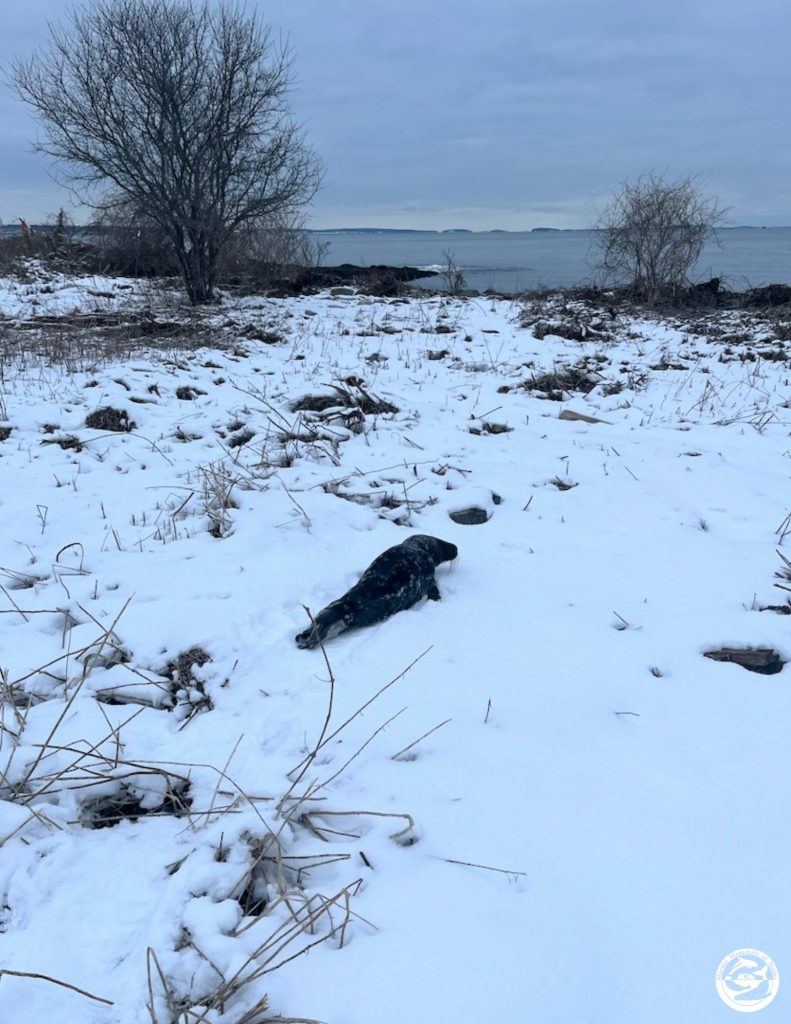 A kind police officer responded, scooping him up and contacting experts for help. The agency said:

After confirming that the seal was in stable condition, he was relocated to Fort Williams park with a plan in place to evaluate him at daylight.
Photos from the officer also confirmed this was the same seal we responded to yesterday in Cape Elizabeth! After assessment yesterday, he went back in the water and swam away.

But the pup has a wandering spirit and soon left the park and found himself, once again, in a roadway. The marine mammal experts said:

To keep him safe, he was collected by our team and transported to our center for a full evaluation. His exam indicated he was recently weaned from his mom and unfortunately has been having a tough time on his own. He is underweight and will remain at our hospital for much-needed nutrition and care until ready for release. He is the second seal from Cape Elizabeth currently at our center.

The weary pup spent the day resting and “suckling his flippers.” 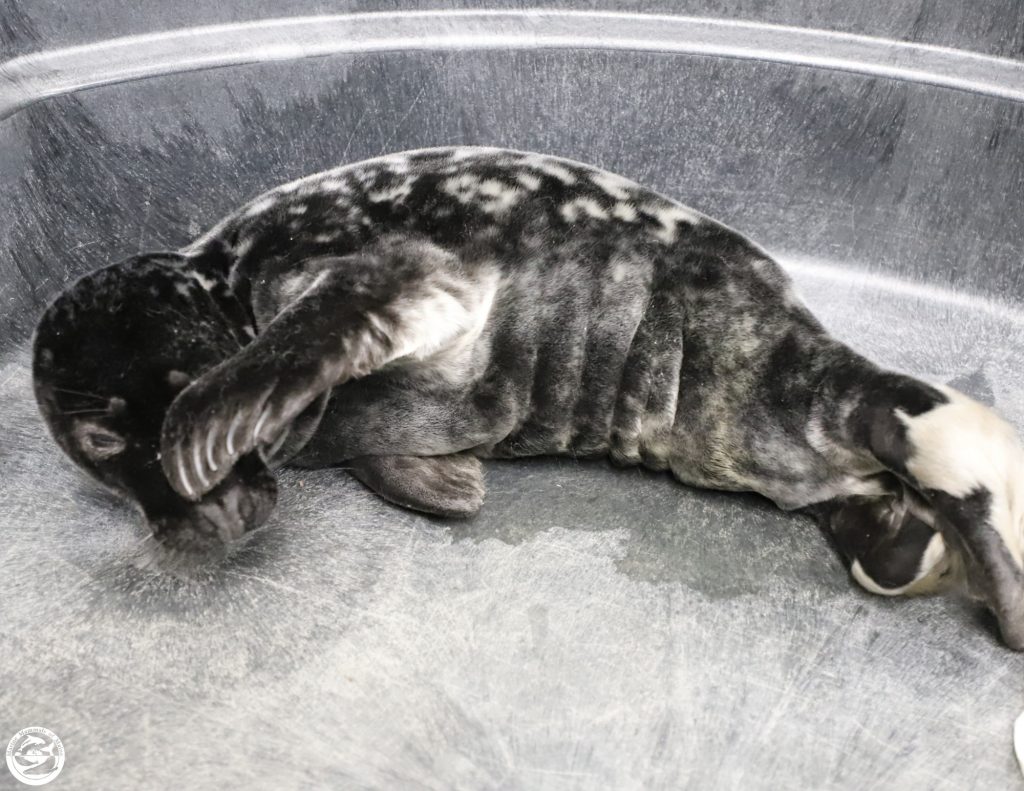 The agency has stated that they will keep the pup until he is healthy and strong enough to be returned to the wild. You can follow their efforts at this link to Facebook.

[…] Continue Reading: Misguided Seal Pup Rescued From The Middle Of A Road […]

[…] Continue Reading: Misguided Seal Pup Rescued From The Middle Of A Road […]