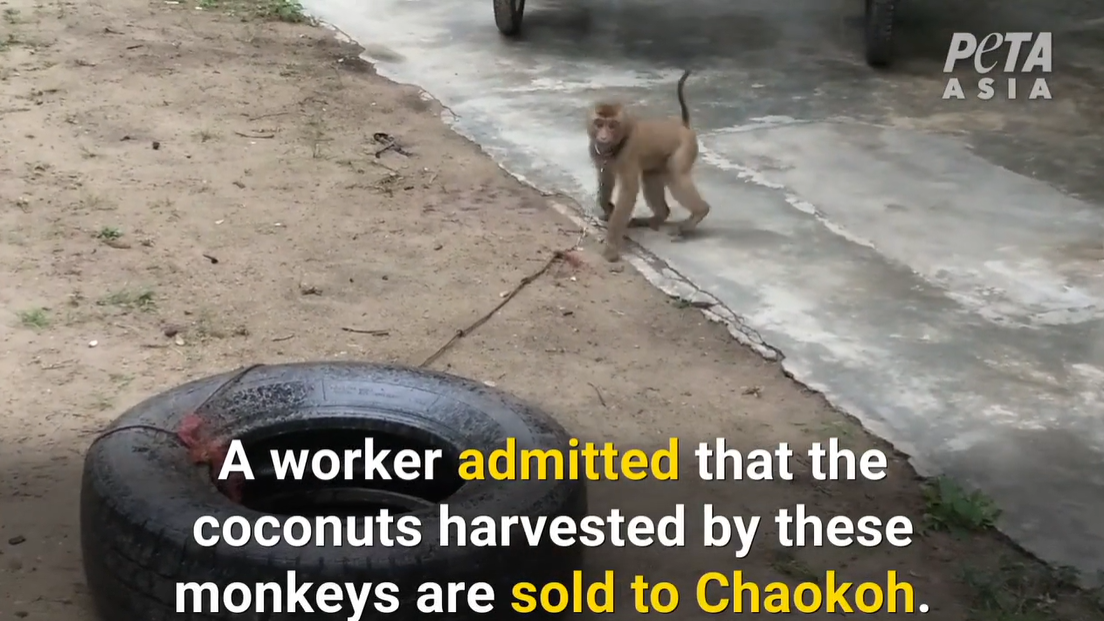 Public pressure has forced Walmart to pull Chaokoh coconut milk from its shelves after an undercover video from PETA Asia was released. The PETA investigation revealed monkeys being used as slave labor to pick the coconuts used in the product.

The video footage shows monkeys chained, caged, collared and forbidden from socializing, in order to work for the company in Thailand.

As reported by NWA Homepage, other huge retailers, including Target, Publix, Albertsons, and Wegmans, had also dropped the Chaokoh coconut milk.

“The coconut trade uses social monkeys as chained-up coconut-picking machines, depriving them of any opportunity to eat, play, or spend time with their families. With one PETA exposé after another confirming cruelty on coconut farms, retailers are dropping Chaokoh left and right. Kudos to Walmart for its kind decision.”

I read this very good news yesterday and I am thrilled. Such a widespread company hopefully will have a big impact on the exploitation of monkeys and the business of their abusers,.

That’s good news! Every company that has ties to this cruelty must break them.