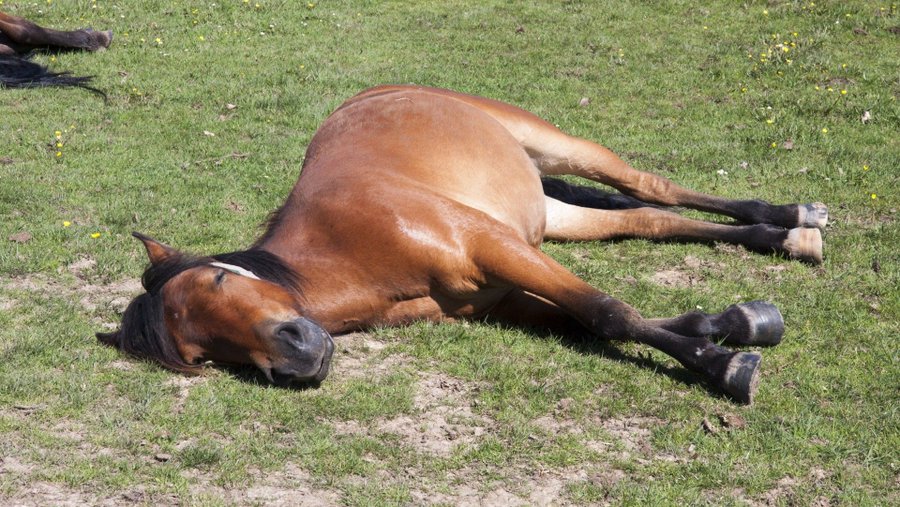 A Twitter user claims that his clever horse has figured out how to avoid being ridden, and a photo of the slumbering horse has captured the heart of social media. On June 12, Twitter user Jim Rose Circus Tweeted a photo of a horse named Sugar, explaining how she avoids having people on her back. 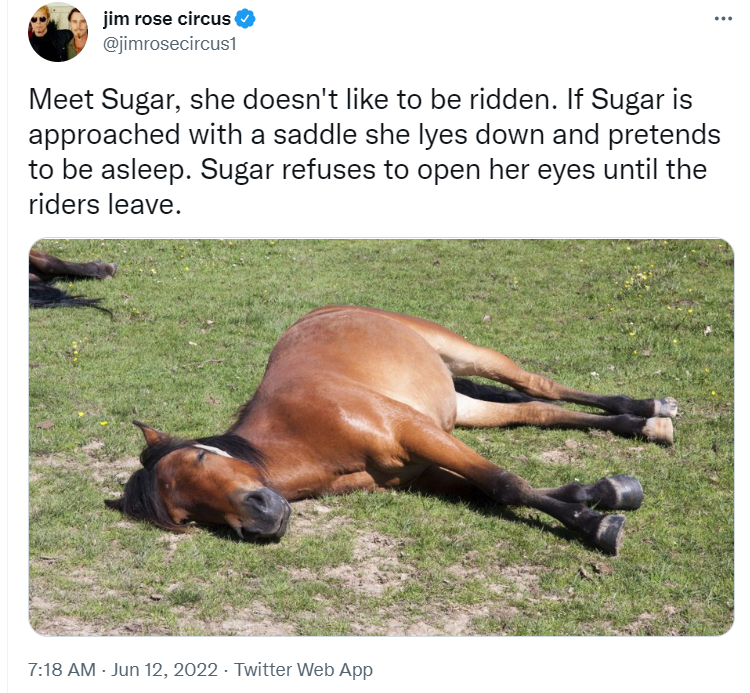 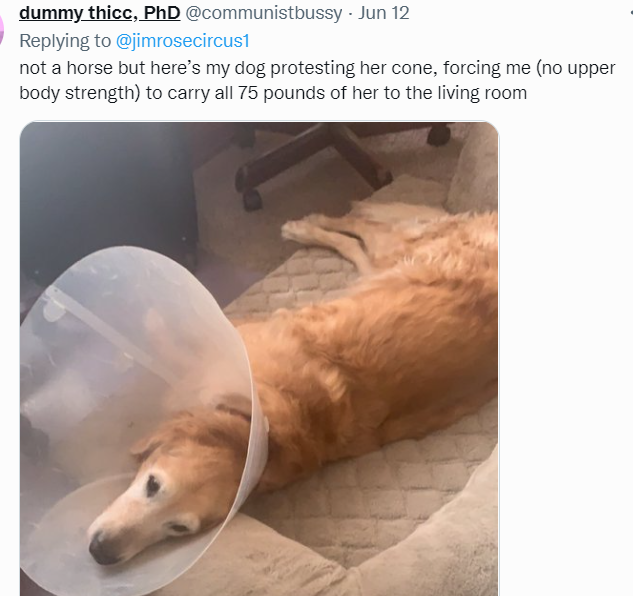 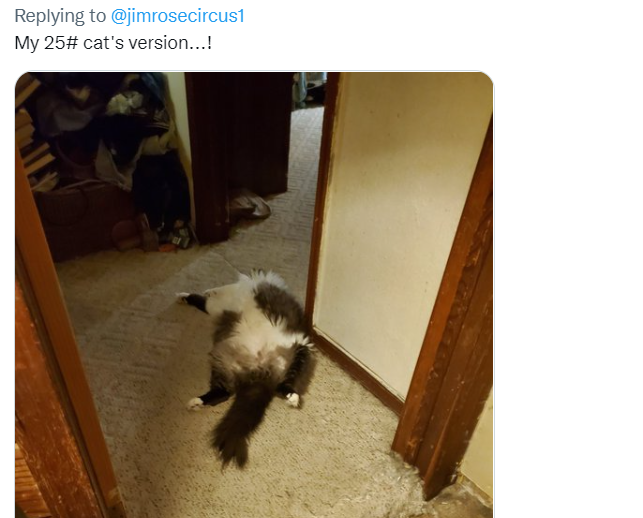 And others shared personal stories about how their horse got rid of riders when they were “done.”

Or videos of horses spotted resting, with signs letting people know that they weren’t dead: 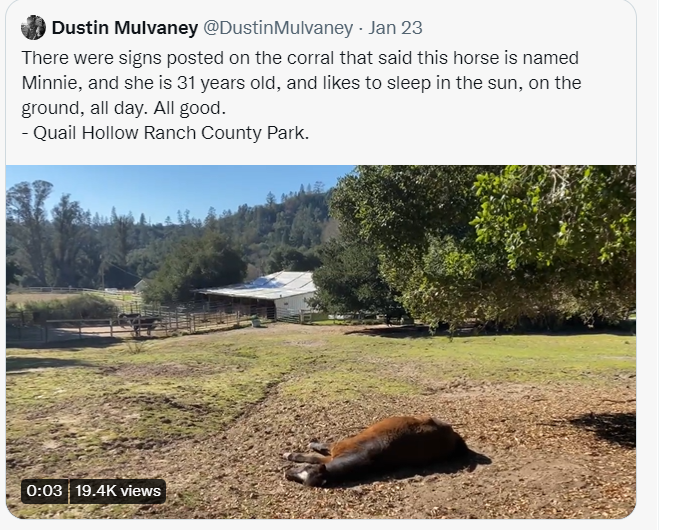 The playful Tweet that garnered so much attention was thwarted by one person who found the same photo of “Sugar” elsewhere, stating that it was actually a stock image of a sleeping horse. Regardless, the original Tweet was well-received by Twitter users…even if it wasn’t completely legit.