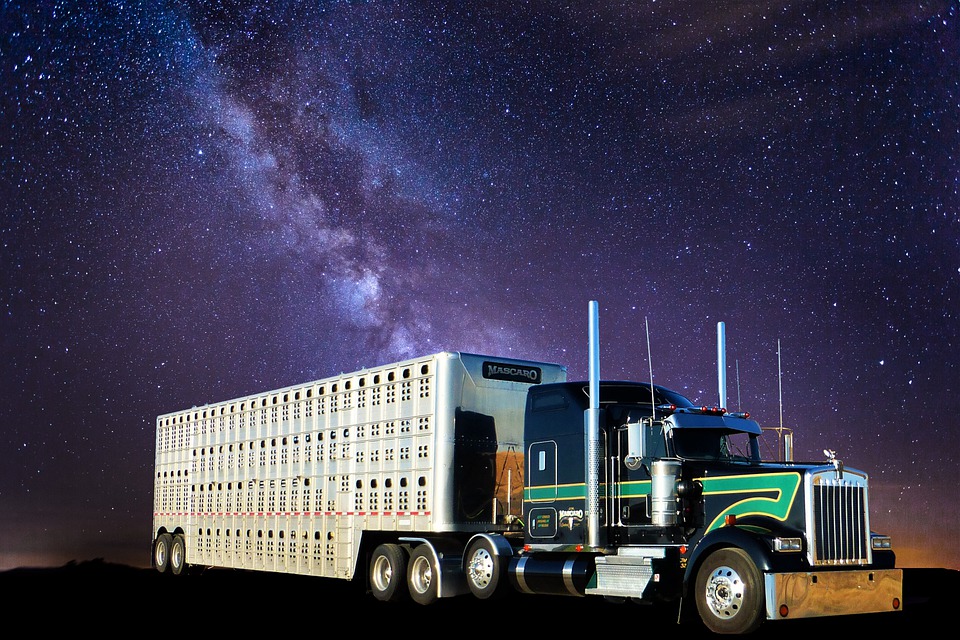 Osceola County, Florida – A compassionate truck driver took quick action to save dozens of cattle from a horrific death after the tractor-trailer he was driving caught fire earlier this month. The 47-year-old driver told Florida Highway Patrol that he pulled to the shoulder of the Florida Turnpike after noticing smoke coming from the cab of the truck on July 18.

He then opened the hauler doors and released 70 cows who were inside the livestock trailer, allowing them to escape from flames and smoke. 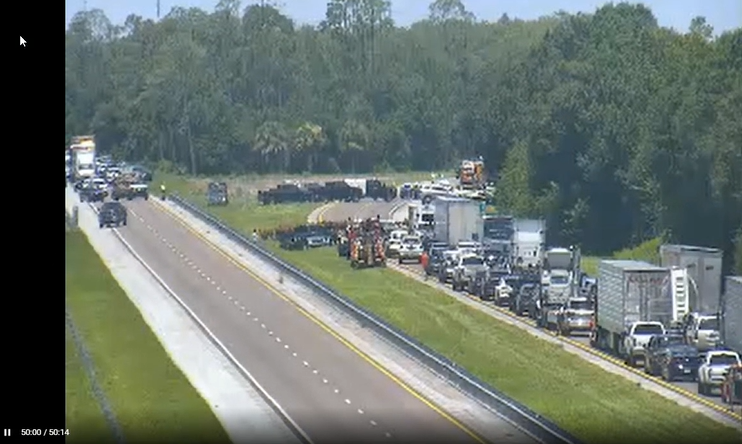 The roadway was shut down for hours to allow rescuers to corral the animals and safely remove them from the freeway.

As reported by Fox 35 News, the truck fire was extinguished by responding fire officials, and no injuries were reported. The name of the driver was not released.

And were then loaded onto another hauler & taken to be slaughtered!

Yes. Right thing to do, truck driver. Thank you. Now, get another hauling gig that doesn’t involve live animals.

I hope the cows went to a sanctuary but probably just back to slaughter…sigh….

At least the driver did the right thing

Poor cows, a few moments of liberation and then comes the slaughter. Wished they had run away.

A truck driver who drives cows to slaughter yet lets them out of a burning truck.Will this barbaric system ever end? I doubt a lot of things in my life but never my decision to be vegan,

Me too! If ppl who don’t know….the horror of these cows being SLAUGHTERED…I recommend you watch what happens to them. It will make you vomit!!!!

Then don’t complain about the barbaric system, if you are part of the problem !
Signed : A VEGAN

Re-read Kate’s post – she clearly states that she IS a vegan.

STOP PLEASE STOP THE SLAUGHTER OF THESE ANIMALS THAT FEEL PAIN JUST AS MUCH AS WE DO!!!!!

I’m glad the driver saved the cows, but I agree with the other comments, to be saved just to go to slaughter. Go vegan. Let the animals live!!

Raising animals to then slaughter them to eat them shows that humans are the real animal. The most dangerous animal in the world is on two legs. Go vegans and vegetarians!

I agree with all of the good peoples comments……Amen.

Attack the evil at its roots: go vegan.