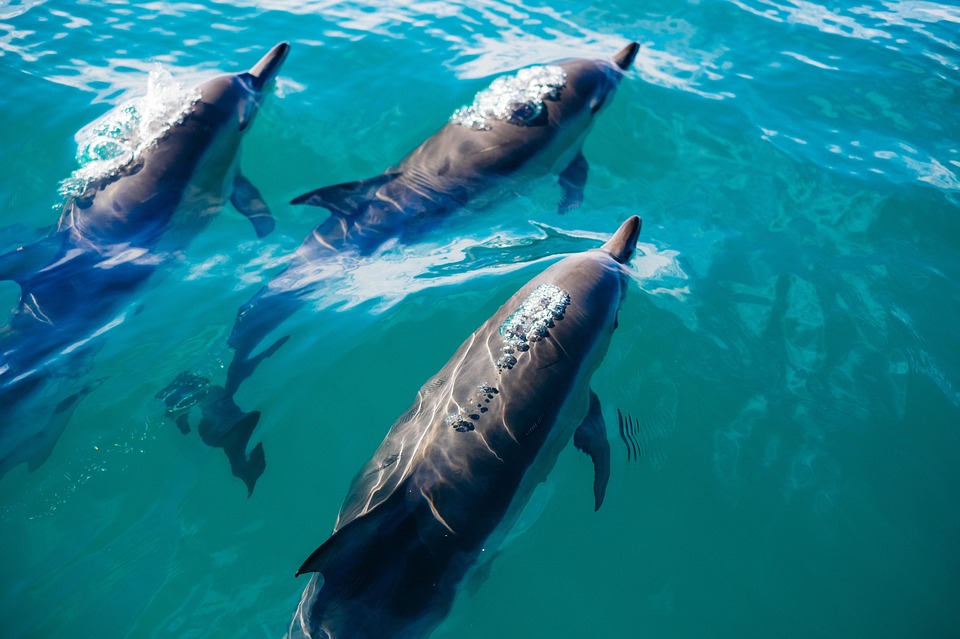 Bali – Three dolphins, rescued several years ago from a small pool at a resort hotel, have been released to the sea. On September 3, the bottlenose dolphins, Johnny, Rocky, and Rambo, were allowed to swim to freedom after being nursed back to health at the Umah Lumba Rehabilitation, Release and Retirement Center in Banyuwedang Bay, West Bali.

The emotional moment was beautifully described in a release from the Dolphin Project. According to the agency, the dolphins were released on a calm, sunny morning while the Minister of Forestry and Environment for the Republic of Indonesia, Dr. Ir. Siti Nurbaya, M.Sc, and her delegation looked on.

The dolphins were initially hesitant to swim into the open sea, but the oldest dolphin, Johnny finally took the initiative and swam into the bay. With Johnny’s coaxing, the other dolphins soon followed his lead and swam away from the pen. But before leaving the area completely, the dolphins made one return swim to the pen.

They turned back around and came back to us one more time, almost to say thank you and good-bye. And then they headed straight out to open ocean and disappeared.” ~ Lincoln O’Barry, Campaigns Coordinator of Dolphin Project

The team intends to monitor the dolphins for the coming year to ensure that they are acclimating to their new life. The floating sea pens at the rehabilitation center will remain open and staffed if the dolphins decide to make their way back.

Read more about how these dolphins were saved from a traveling circus, a resort hotel pool, and then rehabilitated before being freed at this link to the Dolphin Project.

A good story. It must have been a joyous moment not just for the dolphins but for the people who got the privilege of seeing them be free.

Thank you for all you do. Bless your heart.