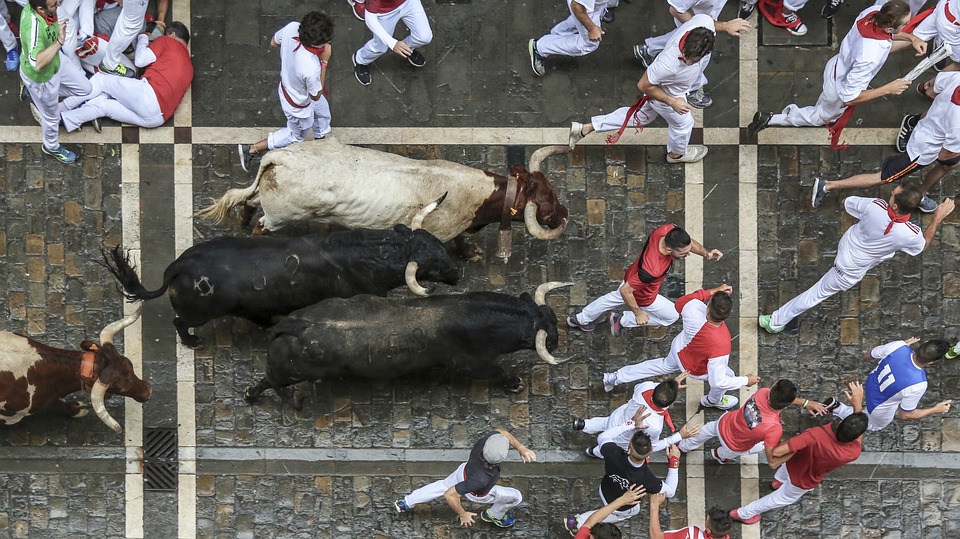 Pamplona, Spain – Three people were gored during the San Fermín festival on Monday. As reported by NPR, one of the runners was gored on the street and two others were gored in the bullring at the end of the run.

Three other people were reported to have been injured in falls during the street run. The daily bull runs, which culminate with the bulls being killed by bullfighters in the ring, will continue through Thursday. 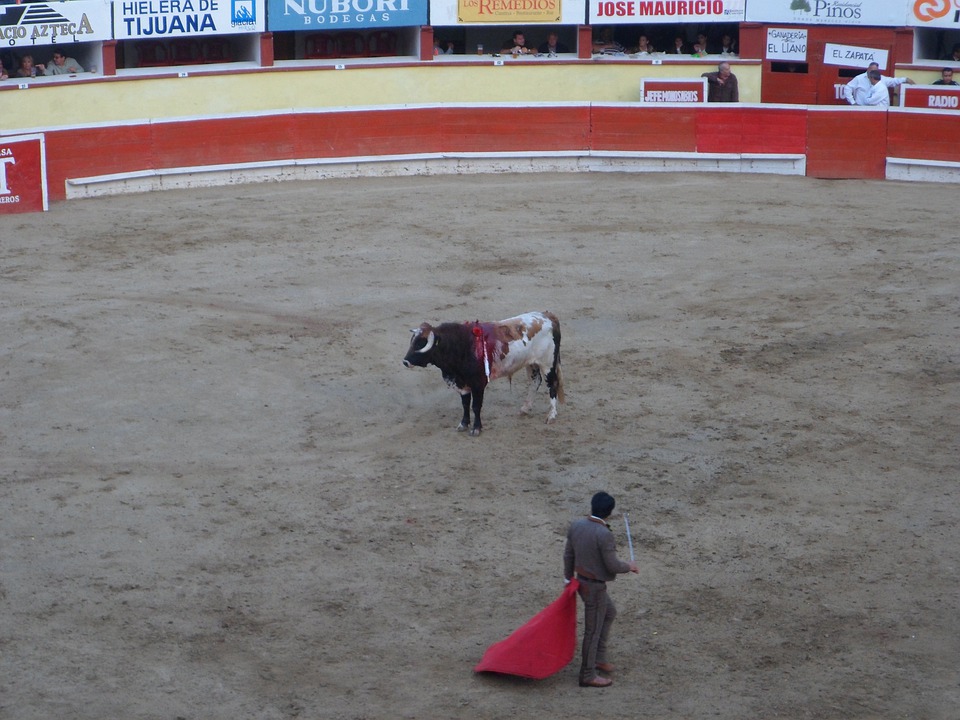 Animal Victory has petitioned for this cruel event to be permanently terminated. We, and the vast majority of the people in Spain, feel that these events are inhumane. Please click here to find the Animal Victory petition.

This barbarity has to end now!

what a bunch of jack bags. i guess running through the streets being chased by bulls that have been tormented and tortured, just look at all the different brands burned into their backs is the way these assholes get off. when the bulls score a few bullseyes on these idiots remember to have a drink to honor the bull.

THE IDIOTS GOT WHAT THEY DESERVE FOR SUPPORTING THIS CRUELTY

I understand the cultural differences, and that this is part of their culture, same as the dog/cat slaughter in China for the meat festival, but come on world, let’s get civilized. Bull fighting, cock fighting, dog fighting, my list goes on. Eating dogs, cats, monkeys, are we not at a point on the food chain that we no longer need to do this?

I’m afraid you impart too much hopeful optimism to civilization. We’ve been around for 200,000 years and we still kill each other and get medals and praise for doing it. And I say this as a military veteran. At age 85, I conclude that man is the earth’s worst and most worthless predator and that Planet Earth is a failed experiment of the gods.

Very true words James. humanity is a failed experiment and it is a shame to say that. there are truly good people out there who do care and love but unfortunately they are being replaced by a generation of lazy, entitled and unsympathetic zombies. you talk to some of the youth today and they are so far detached from reality that is worrisome considering this sorry lot is the future of this world. very sad! also James thank you for your service to this country, many take for granted the sacrifices made by the men and women who put our country and it’s people before self and family. Be safe out there!

These things are really cultural. They are moneymakers for those in the circle and they propagandize it being “cultural”, but mostly just animal abusing psychopaths are the main participants. No excuse for animal abuse!

This ugly cruelty needs to stop. Bulls should not be forced to endure this horrible practice. Too bad, so sad when humans get gored, they deserve it

Jaime Perez you comment “Too bad, so sad when humans get gored, they deserve it”
I have no sympathy for these lowlife psycho monsters who get gored. They deserve to be gored to death and suffer in excruciating agony as the precious and helpless Bulls have endured.
I conclude that Humans are the earth’s worst and most worthless predator and that Planet Earth is a failed experiment of the gods.
The vile and evil Bull Run and the vile and evil deliberate and heinous torture, suffering and an excruciating agonising death these vile and evil Matadors commit in the vile and evil Arena from hell against the precious and innocent Bulls is the vilest of deliberate and heinous torture, suffering and an excruciating agonising death Worldwide and must be stopped and banned immediately.
This is sadism and evilness at its worst.
Absolutely Sickening and unforgivable.

I wish all the crazy, evil assholes could have been gored….hope they all die!!!! Too bad it could not be like these poor animals died. I hate humans!!!

Little pixies, dressed like ballerina-boys, prance around in a ring like little faeries, while killing an already wounded, weakened bull–and in many countries, they’re treated as national heroes. It has all the bravery of shooting caged lions!

The three lowlife psychopathic monsters who were gored during the vile and evil animal toturing murdering Pamplona vile and evil Bull Run deserved what happened to them.
The psychopathic lowlife vile and evil monsters that go to watch these precious and helpless Bulls being deliberately and heinously stabbed to death all deserve to be gored to death and suffer in excruciating agony as the precious and innocent Bulls endure.
I SHOW NO SYMPATHY FOR ANY OF THESE PSYCHO MONSTERS OR THE LOWLIFE VILE AND EVIL MATADORS WHO DELIBERATELY AND HEINOUSLY TORTURE THESE PRECIOUS AND INNOCENT BULLS TO DEATH BY THE VILEST OF DELIBERATE TORTURE, SUFFERING AND AN EXCRUCIATING AGONISING DEATH.THIS SADISM AND EVILNESS IS THE VILEST OF ANIMAL DELIBERATE AND HEINOUS TORTURE AND MURDER WORLDWIDE AND IS AN ABOMINATION.

This is not sport!! Do these sub humans have no conscious at all?? Causing immense pain and suffering for amusement because you think it makes you a man?? Hells waiting for you all…

Ha ha on those injured or killed during these suffering bulls’ runs. They harmed and made bulls suffer, only to end getting killed slowly on rings. These people love torturing, doing barbaric acts…people need to watch out for these sickos