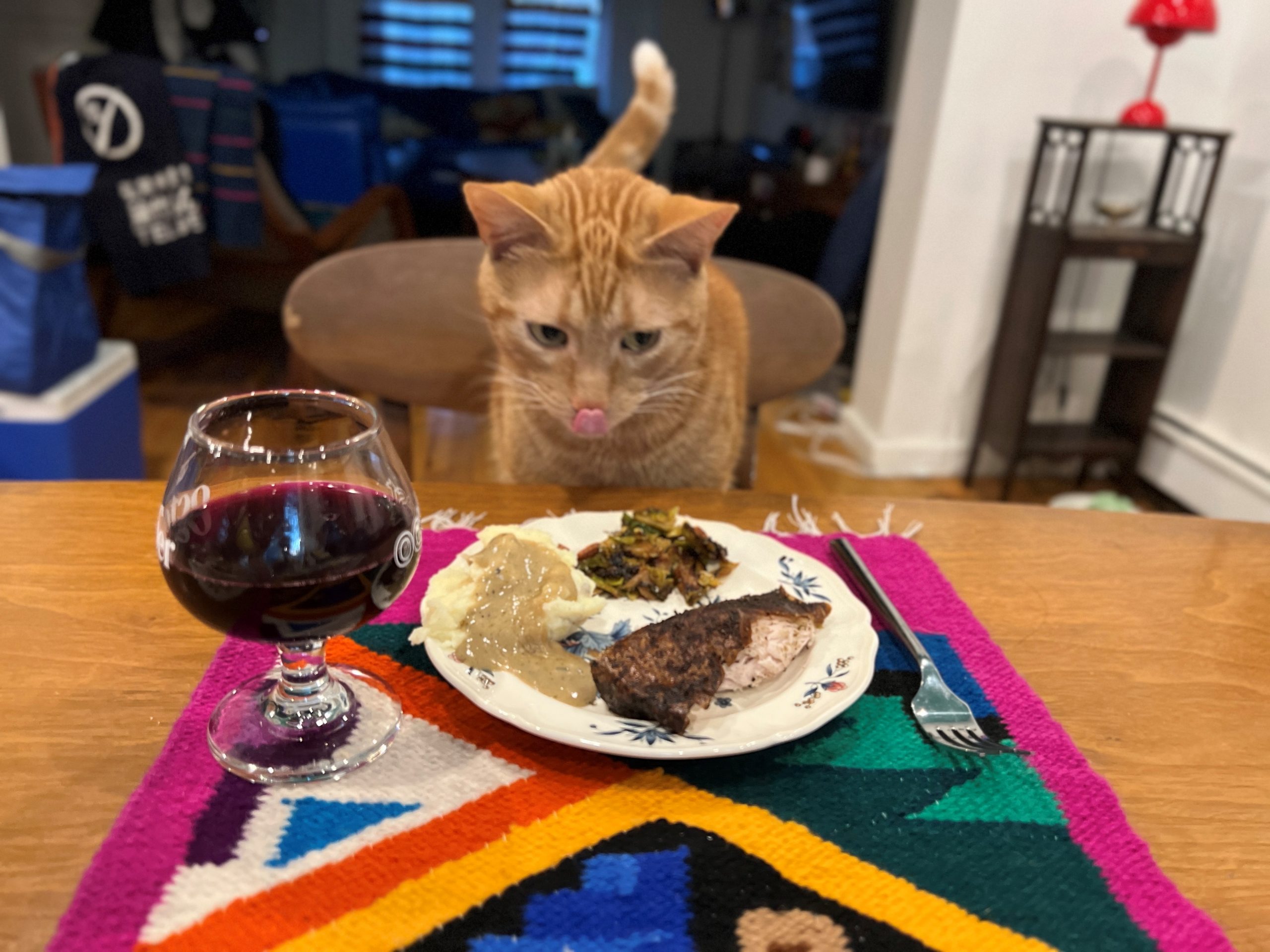 A stowaway cat who shocked TSA workers at John F. Kennedy International Airport days before Thanksgiving was able to be home for his holiday meal. On November 22, the sneaky cat, named Smells, managed to crawl into luggage that was being checked in for a flight to Orlando, Florida.

Bits of Smell’s orange fur were visible outside of the zipped bag, and ultimately an x-ray machine revealed the fact that the bag was holding a stealthy cat. 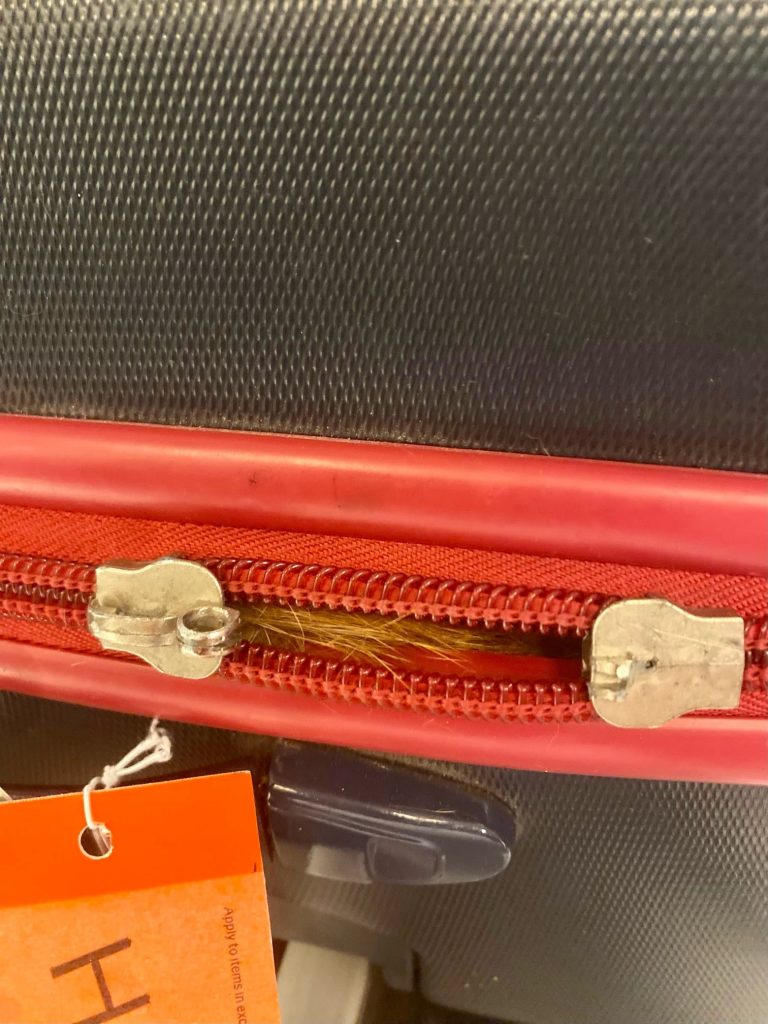 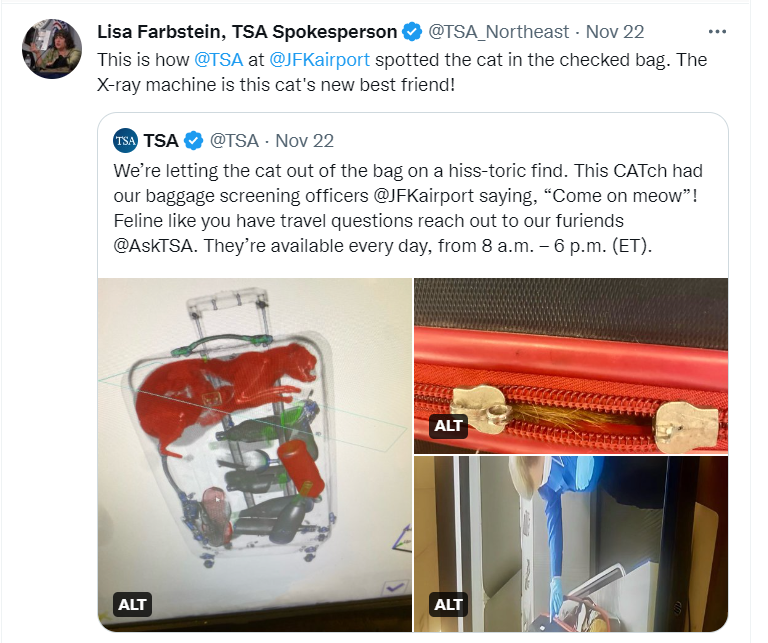 All’s well that ends well. Smells was discovered and made it safely back home to enjoy his Thanksgiving meal. Farbstein Tweeted: 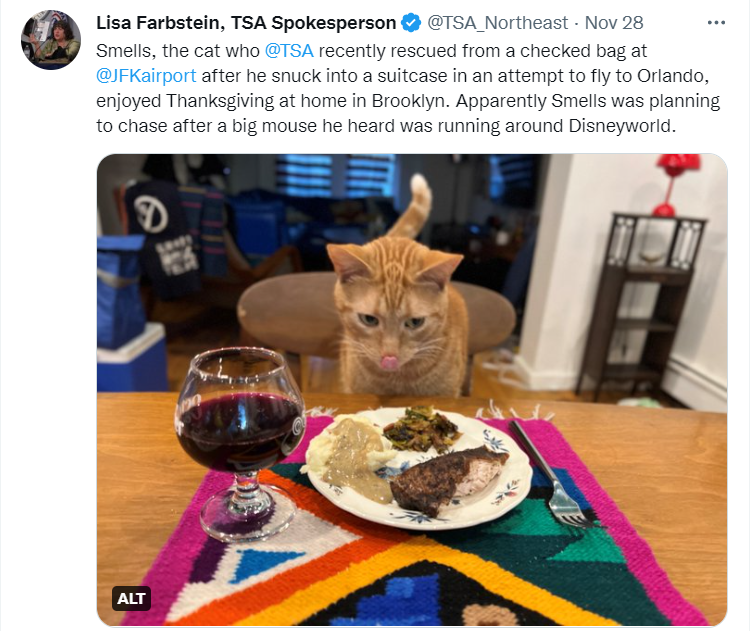 As reported by Fox News, the traveler who was bound for Orlando is someone who lives with Smells’ owner.