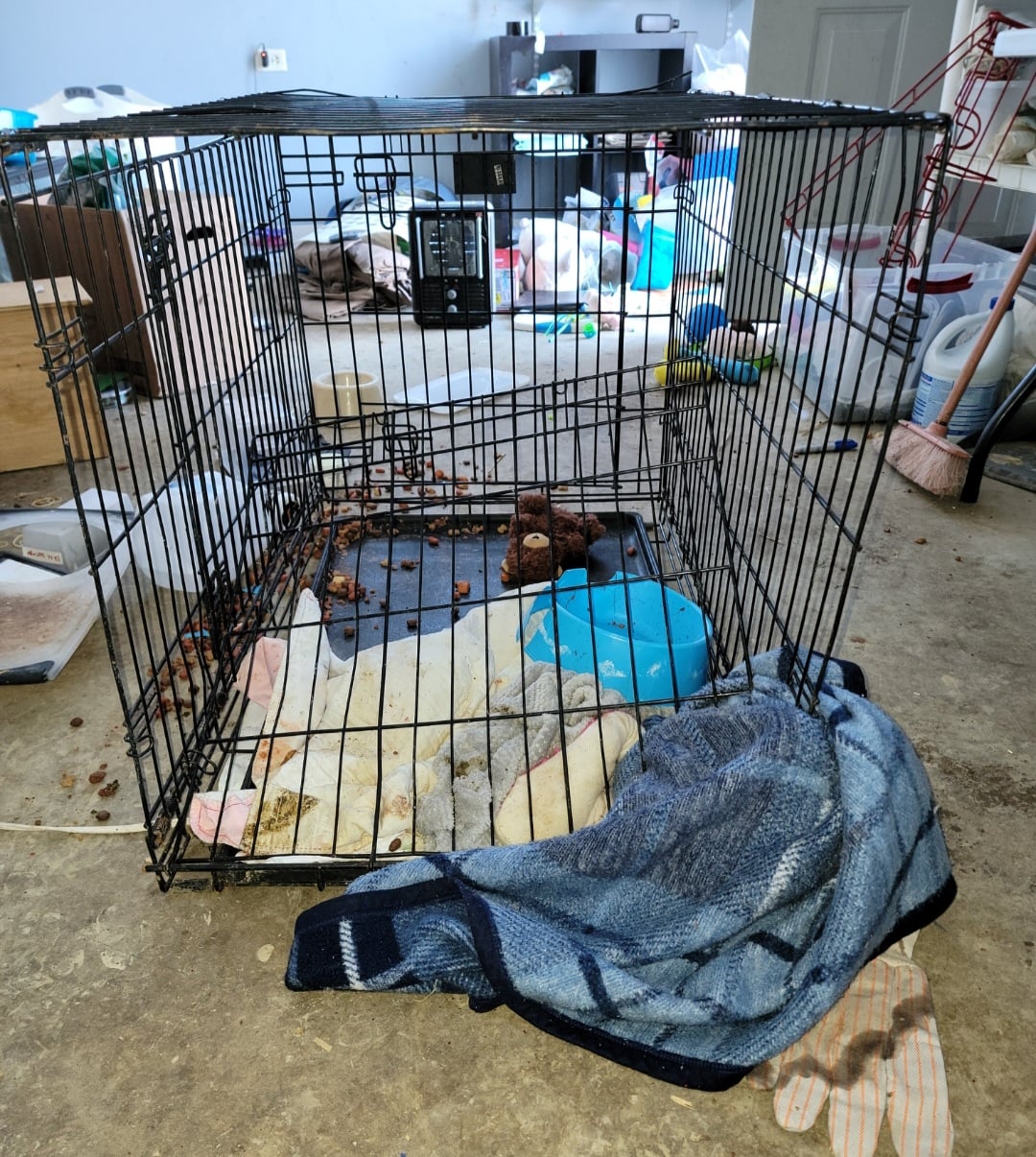 The so-called “mystery animal,” who some think is a dog, and others believe is a coyote, is gone. On Thursday, Wildlife Works Inc., who was caring for the canine after he was rescued by a Pennsylvania woman who could see that he was in poor condition, announced the “Worst News Ever.”

WORST NEWS EVER!!!!!!!
We don’t know how to tell you this, but the “coyote” escaped last night. We are devastated, and we know you all will be devastated too.

Yes, before the DNA results were even received, the dog/coyote vanished, leaving behind a broken cage, shredded screen, and a mess in the room where he was being held. 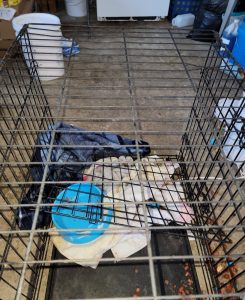 Wildlife Works described the chaos found in the room where the animal was being held:

There were scratches on the walls, especially below the window; the window seal was chewed until he was able to force the window open, then he tore through the screen. Not in our wildest dreams did we expect something like this! 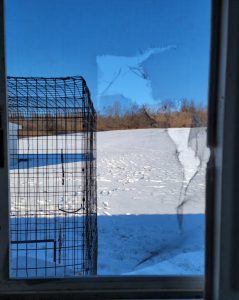 Up until his wild escape, the coyote/dog had been calm and showed no signs of distress; basically crouching in the back of his cage and watching those around him. 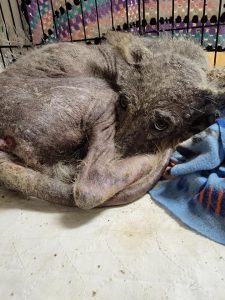 After receiving a few days of good food and medication, the coyote/dog apparently felt good enough to launch his great escape. Though the creature has escaped, the people who were trying to get him back to good health are not giving up.

As we write this, Morgan and her Dad are out trying to track the animal, and we plan to leave barn and enclosure doors open with plenty of straw and food to entice him. We also have two traps we can set to try to get him back.

As to the question of whether or not he is a coyote or a dog, most are in agreement that his breakout indicates that he is indeed a wild animal, not a domesticated dog. 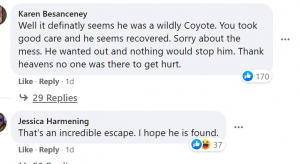 It remains to see if the animal will be captured again or not. His DNA was taken, so the burning question of whether or not he is a dog or coyote will eventually be answered.

At least he got some good food and medical care. He needed it. I guess he wanted to go home. I had a cat I brought in from outdoors once and had him neutered so he had to stay in for a few days.He wanted to get out very much. After the required time-a few days or so- I let him out and he was so happy it’s like he was dancing.He went off , where I did not know…until later when he showed up with his whole family! They were not kittens but they were family ( they looked just like him) and that’s why he wanted to get out so much, they were worried about him.So I have been taking care of all of them ever since he brought them home. More food, more toys, more heated houses and I love them all.This coyote may have had family waiting for him too.

Animals should not be shut in cages. They need a larger enclosure and means of going in and out. I learned as a teenager, when a neighbor’s dog died in a house fire while the family was out to dinner, to provide access to outdoors (yard) when I was not at home. Animals shut in cages will obviously feel trapped, because they are.

Looks like a little coyote dog with a bad case of mange!! Hope the catch him and he gets healed!!

We had two Husky’s waiting for transport to a Spay and Neuter Clinic and the male was really hyper. During the night he broke out of his heavy wire crate, tore up our office, jumped on a desk and broke the front window which was behind a heavy closed drapery, leaving a trail of blood everywhere. when we got to the office the next day, he was laying next to his crate and just as happy as could be to see us~~ maybe your animal is part Husky?

If you are still putting food out and if it is being eaten, then be sure to put some Ivermectin in it, yes Ivermectin cures Mange, which that photo shows this dog/coyote has. If you don’t treat Mange, they will die…eventually.

Guessing it’s a coyote as the chewing and scratching are indications of a wild animal. Thank you for taking him in and giving him food and water and so forth, hope you find him.