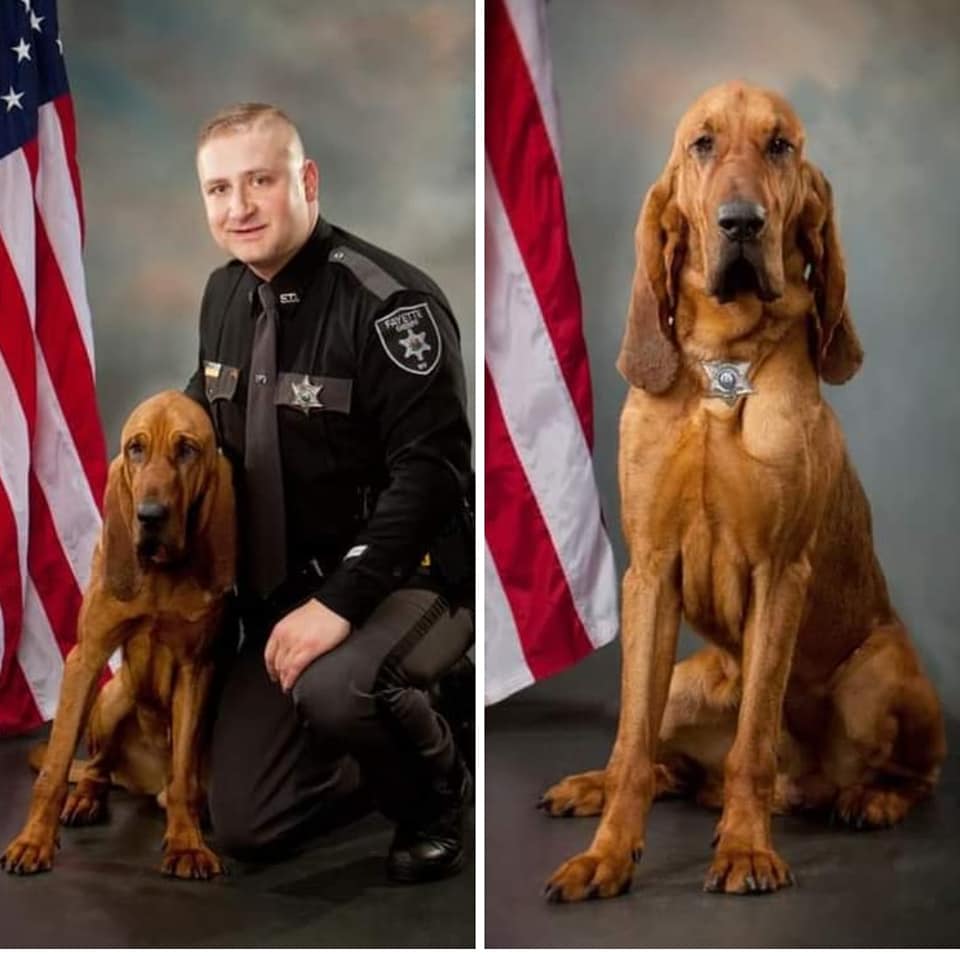 Fayette County, WV – Over the weekend, the Fayette County Sheriff’s Department unexpectedly lost their tracking K9, Waeylin. The bloodhound was just two years of age when he experienced a “stomach disorder” requiring surgery. Though Waeylin survived the surgery, he died a short time later.

Waeylin has been a member of the Fayette County Sheriff’s Office K-9 Unit since he was less than one year. Whenever the Sheriff’s Office responded to a crime scene where the suspect was unknown and had fled from the area, Waeylin was often called on to respond. He tracked down suspects in arson cases, burglary and many more cases.
Waeylin was also frequently called upon to track missing persons throughout not only Fayette County but in surrounding counties. 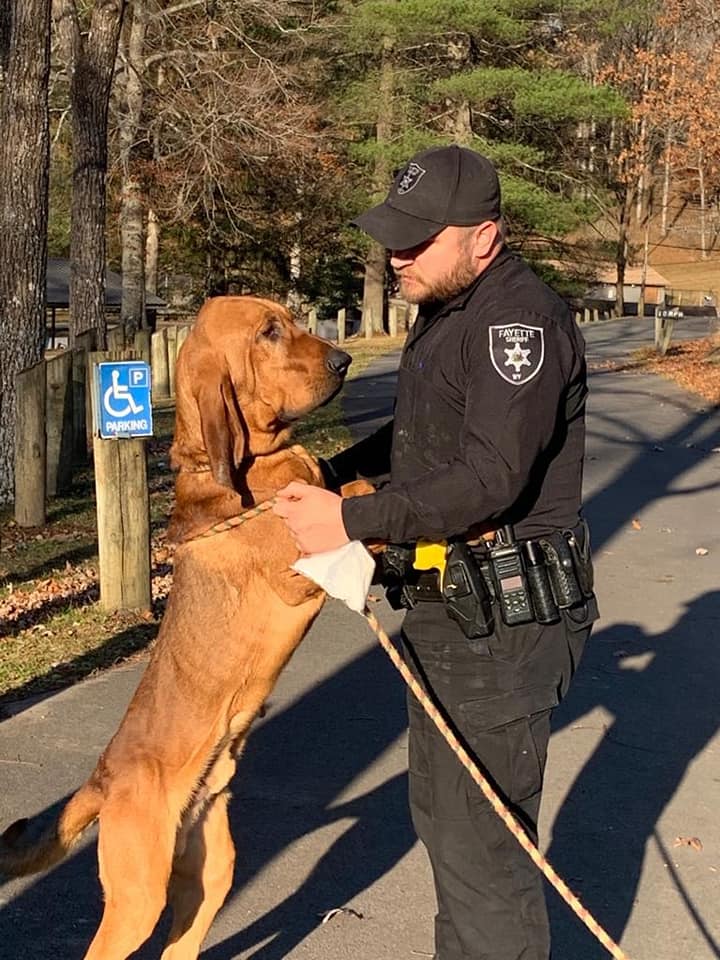 Waeylin was also a great Public Relations Deputy for the Sheriff’s Office. With his big nose, huge floppy ears, drooping jowls and sad eyes, all typical Bloodhound characteristics, and his gentle and friendly disposition, Waeylin was an instant hit any time that the Sheriff’s Office K-9 Unit performed a demonstration. Young children especially loved Waeylin, as he would sit or lie quietly as they petted and hugged him.

“Waeylin was like part of my family. When we weren’t out working, Waeylin would be playing or just hanging out with me. We were buddies and it was nice to have someone to talk to. He never talked back of course, but I swear he understood everything I said to him.”