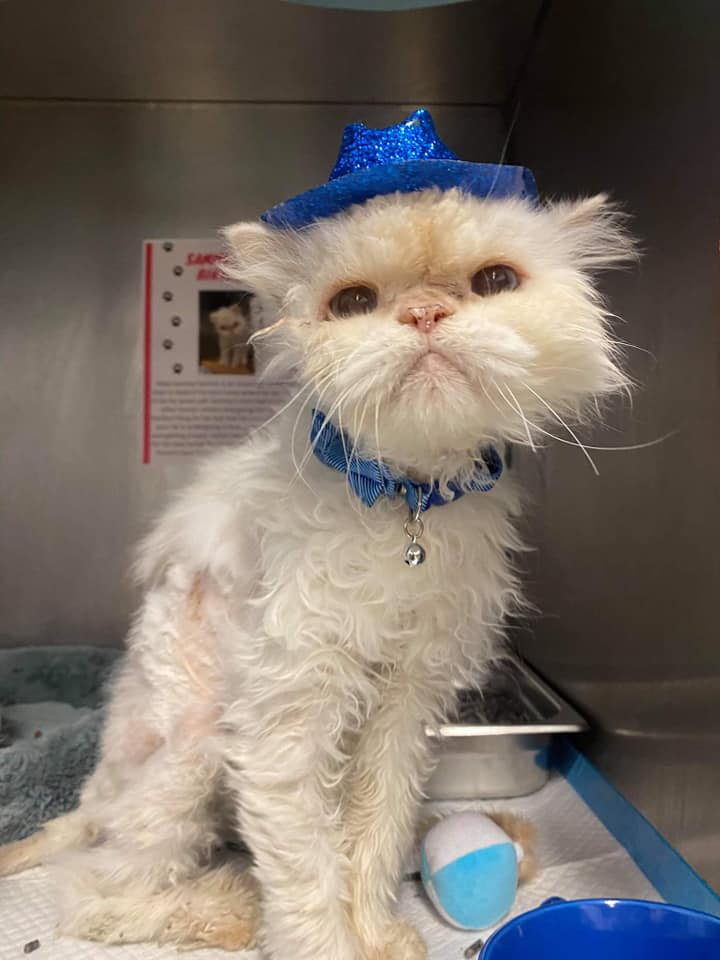 An animal shelter in Cincinnati threw a birthday part for a 19-year-old cat named Sammy, who found himself homeless after his owner was sent to an assisted living home. Staff at Cincinnati Animal CARE shared photos of the celebration on Wednesday, writing:

Naturally, we threw him a birthday party! 🎂

Sammy’s friends not only wanted to celebrate the elderly cat’s special day, they also hoped to find him a home to spend the rest of his life in. They wrote:

Happy birthday to this beautiful fella who would love a nice, quiet home to live out his golden years! The only rule for adopting Sammy though? You have to throw him a 20th birthday party on 6/15/22! 😉 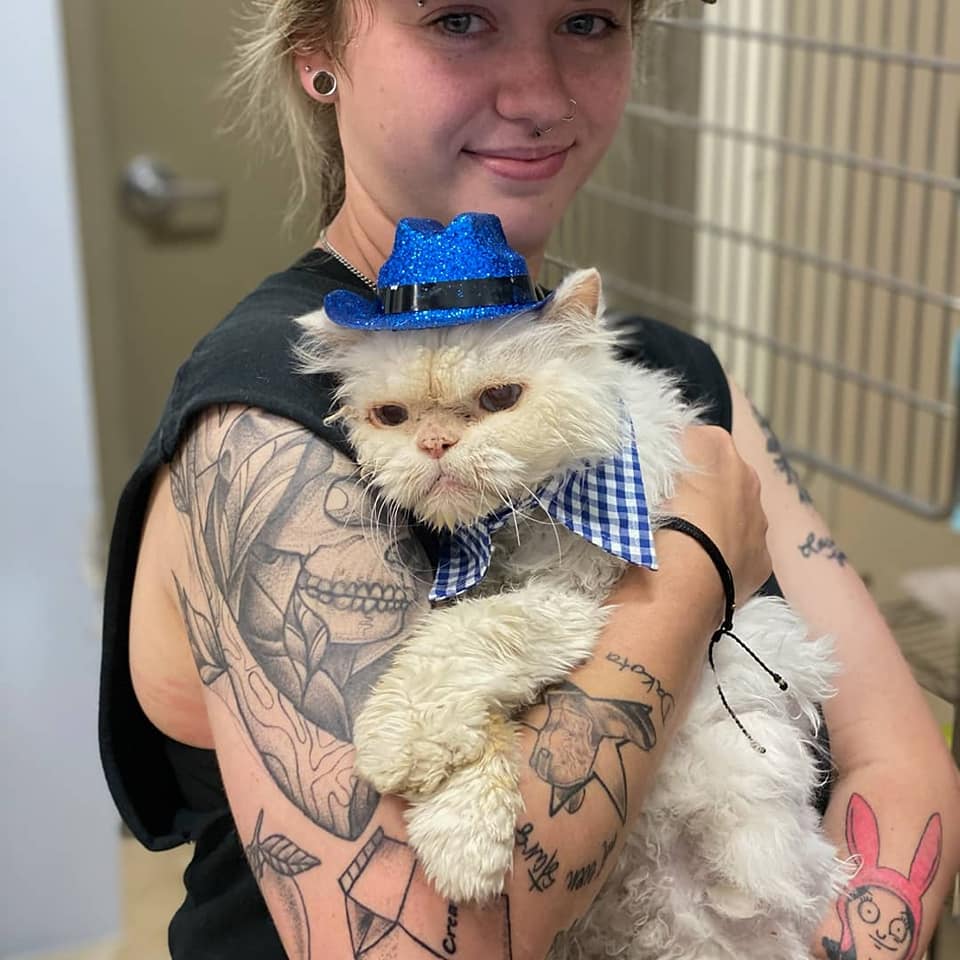 And their wish was granted! The shelter announced that Sammy was adopted not long after his birthday celebration was shared. They do remind those who were interested that there are other cats in needs of homes at their facility. Find the shelter’s Facebook page at this link.