On the morning of September 17, staff at the Kentucky Humane Society discovered an abandoned puppy who had been left in a cardboard box with a note written on the outside. The shelter said:

On the morning of Friday, Sept. 17, Kentucky Humane Society staff member Warren went out to the recycle bin and found a cardboard box with “FOUND HELP ME” written on it.

The abandoned pup had been taped inside of the box, which had air holes punched in it. Staff was brought to tears by the puppy’s pitiful condition. The shelter explained the extent of the puppy’s neglect:

“even our most seasoned team members to tears: an emaciated and miserable looking animal was staring up at them. The young dog’s inflamed skin was raw and swollen from infection, he was missing almost all of his fur, and he was bloody from the sores that covered his thin body. He was so weak from demodectic mange and malnutrition that he could not even stand on his own.” 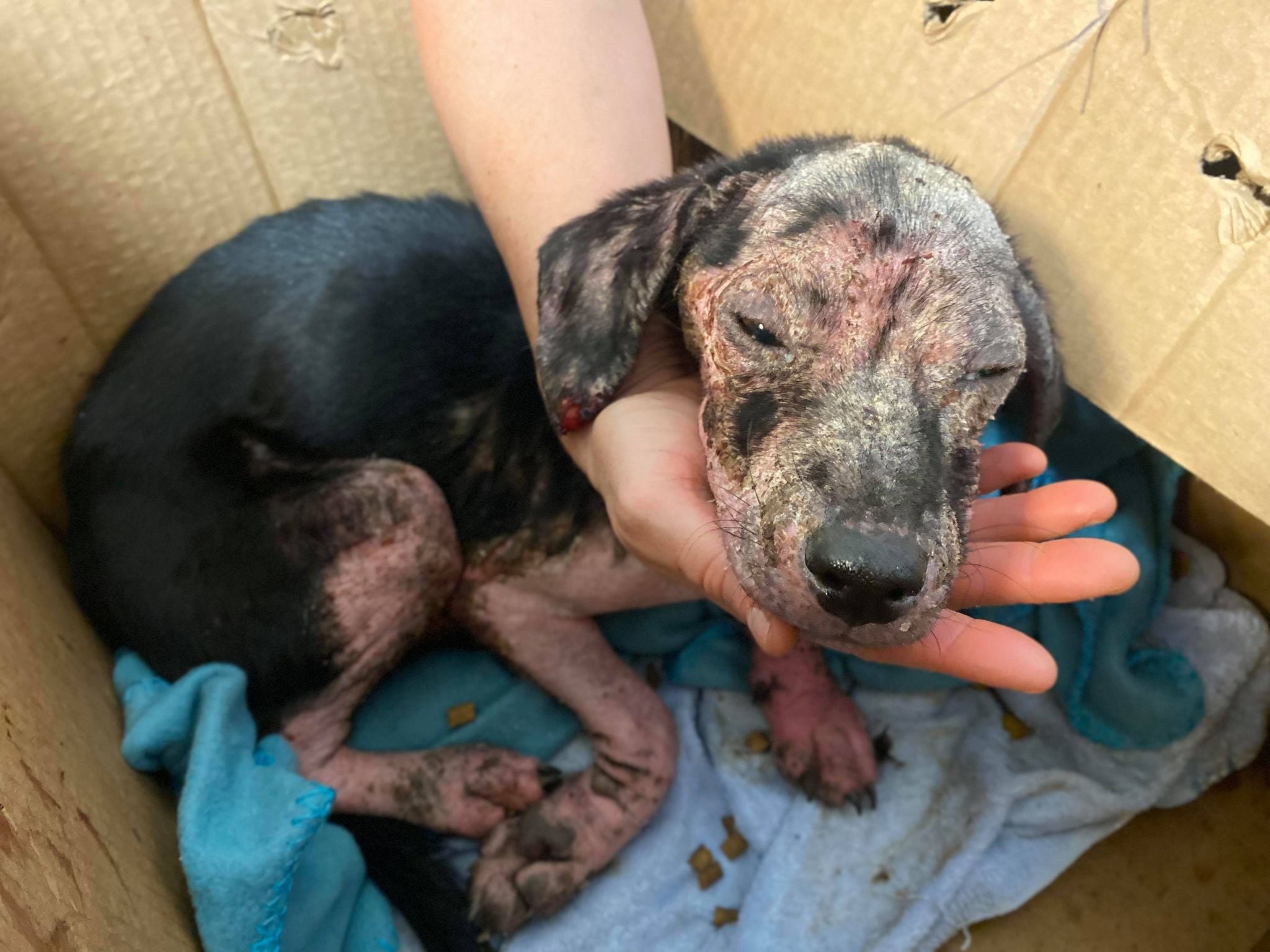 He weighs only 15 pounds but has his adult teeth, so his growth may have been stunted from lack of nutrition. We checked our security camera and found a man fleeing from the area where the puppy was found around 12:30 a.m. on Friday.

The puppy, dubbed Liam, is facing more than horrible neglect malnutrition and mange…the shelter announced on Tuesday morning that he has tested positive for parvo, which can be deadly even in the healthiest of puppies. Liam has a long road ahead of him, but the shelter is doing its utmost to get him through. 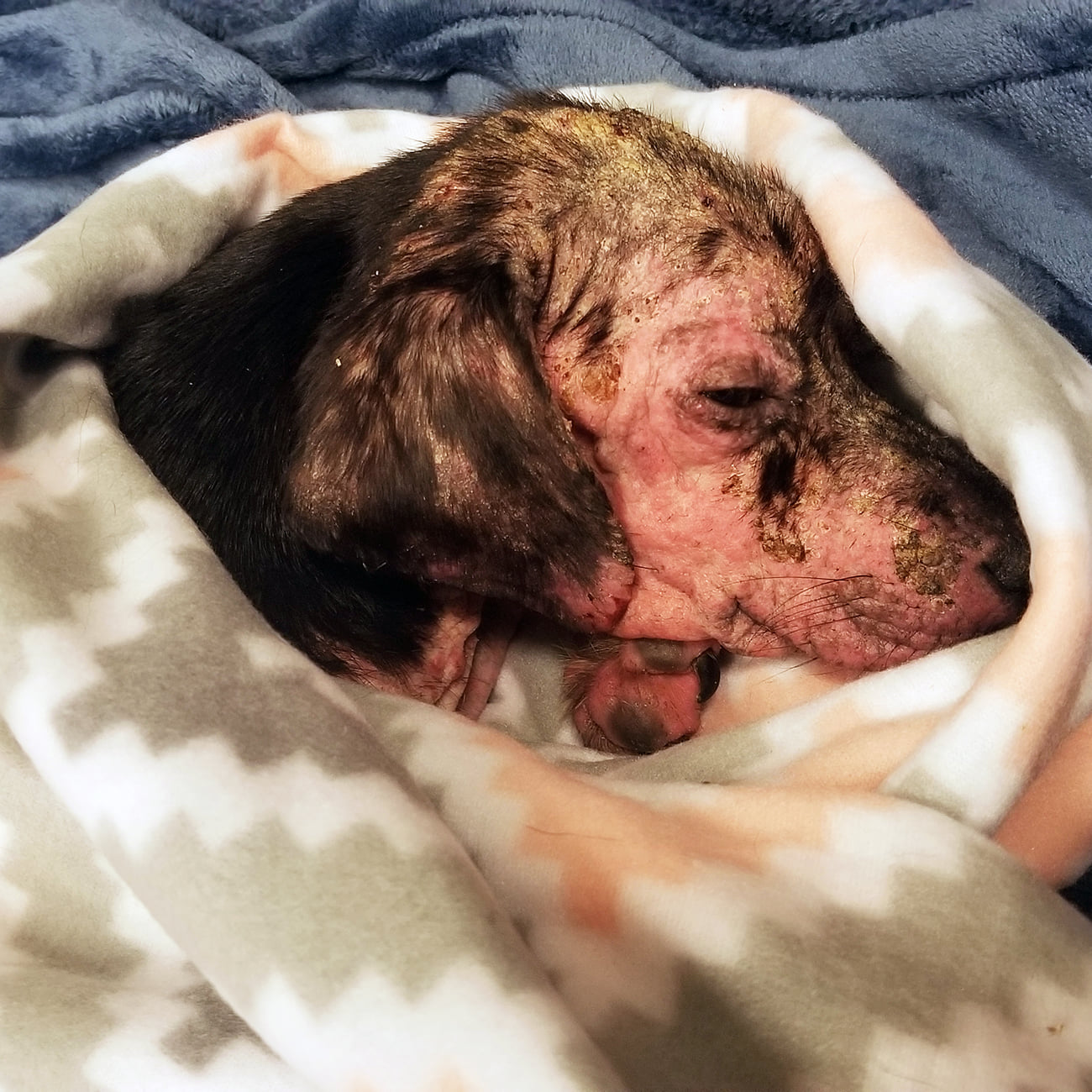 Poor sweet baby. I don’t understand how someone could do this. I just don’t.

I don’t know how people do this to poor animals. I treat my pets like they where my own children. If you can’t afford your bills than don’t get a pet.

This little man did not make it, as reported by Pet Rescue Report. RIP Liam https://petrescuereport.com/2021/puppy-dumped-at-kentucky-humane-society-in-sealed-cardboard-box-has-taken-a-turn-for-the-worse/

Cudnt have said it any better than Yu..

i spoke to the kentucky humane shelter yesterday and they informed me that Liam passed away. between the mange, malnutrition and infections he also had parvo. he was just too frail to survive. my heart goes out to those people at that shelter who gave their all to save him and were devastated by his loss. prayers for that sweet dogs soul.