Severely Injured Kittens Rescued From Beneath A Trash Compactor 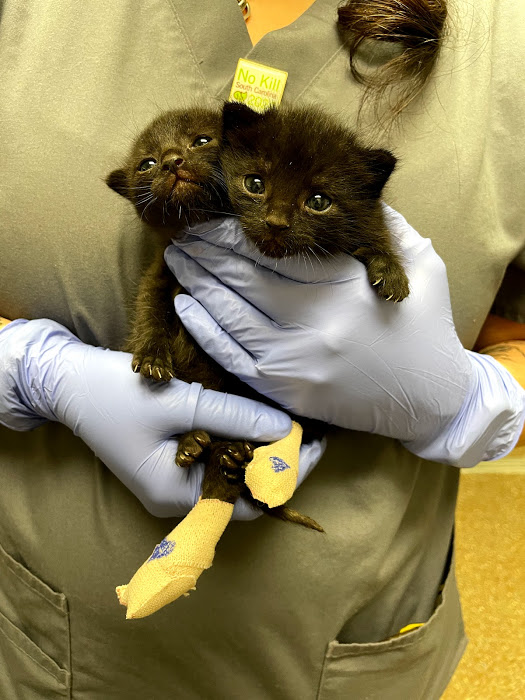 Four tiny kittens have been given a life-saving second chance after being rescued from beneath a trash compactor in North Charleston, South Carolina. The kittens, who are just two weeks of age, were discovered by a good Samaritan who brought them to the Charleston Animal Society for care.

Four 2-week old kittens were found injured & alone under a trash compactor in North Charleston. They were struggling to survive in the 90 plus weather. These kittens were lucky to be rescued and are receiving lifesaving care from our veterinary team.

The shelter’s veterinary team discovered that one kitten was missing an entire paw, and another kitten had suffered severe damage to two paws. 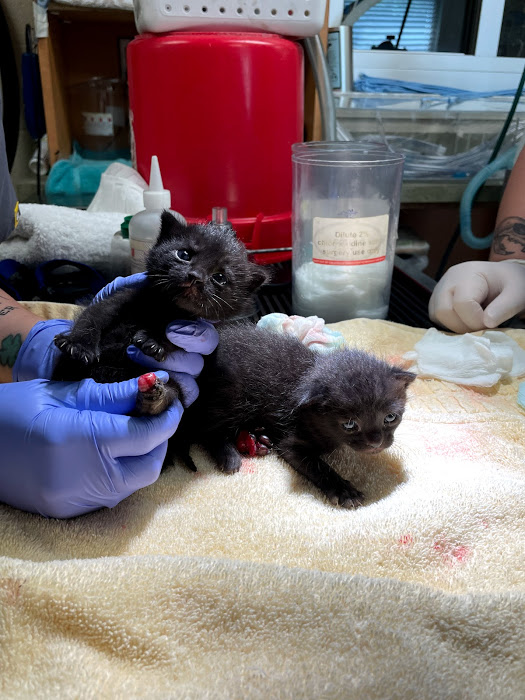 The injured kittens were cleaned up and treated, and now they are recovering in a foster home. In about six weeks, the kittens will be ready for adoption.

Great save by the good Samaritan and the Charleston Animal Society! Donations for veterinary care can be made to the shelter at this link.