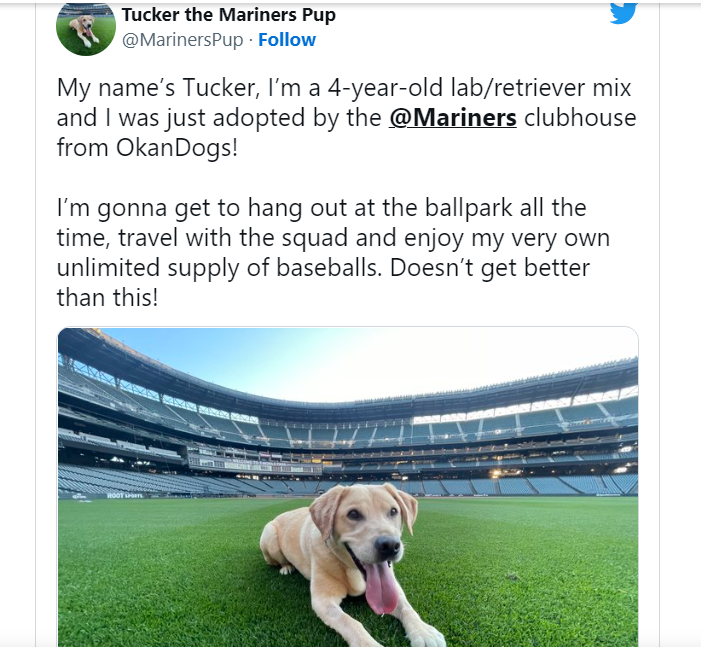 “We ran people in there, and we cross-checked them. Jack ran in there. We got big-time numbers on this dog. So he went high in the Draft. We’re happy to have him as a free-agent addition to our club. Really good. This guy will fetch and play with the guys all day long. You’ll see him out here running around the field here the next few days. He’s got the clubhouse covered right now.”

Tucker was adopted from OkanDogs, an animal rescue group in Cashmere, Washington, that Servais and his wife, Jill, have volunteered for. The couple helps bring dogs from the sparsely populated portion of the state to the Puget Sound.

“We’re just trying to bring awareness to rescues all over the state of Washington. There are dogs out there for everybody, and we hit a home run on this one. This little guy is great. Our players are excited about it. It’s a nice little distraction for them in the clubhouse. They love the little guy.”

Bravo. Tucker got a really big family and awareness will be raised about dogs and others who are homeless through no fault of their own and just want to be adopted.

This story made me smile, there’s so many pet torture and abused stories that Tuckers story is just the right one to hear at these times.