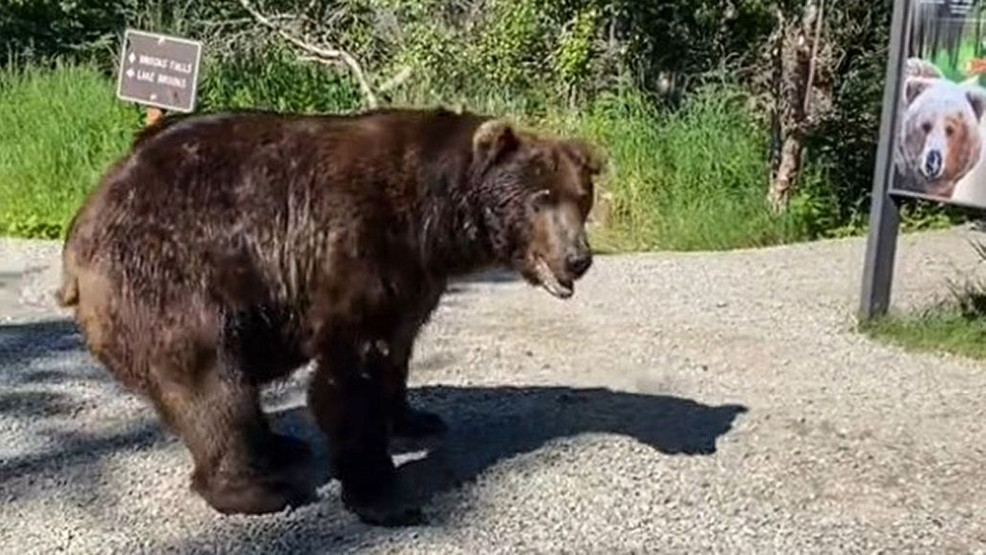 The captain of a seaplane managed to keep a huge grizzly bear at bay with nothing more than his calm and reassuring voice. The tense encounter took place on August 4 at Alaska’s Katmai National Park; the bear walked in front of a group of tourists and one managed to stay grounded enough to pull out a phone and record the situation.

Cara Siciliano, who took the video footage, explained what she was thinking just before starting to record the encounter:

“Honestly, I am amazed I did not seem more scared. My first reaction was to look up at the sky and make sure I was good with God and to pray. And then I hit record on my phone.”

Her video captures the captain calmly talking to the bear, repeatedly saying “hey big boy,” as the massive bear strolls by. The captain’s soothing voice, and a lack of panic from the tourists, proved to be enough to keep the bear from charging at the people who were standing nearby.

The video was posted by user @mrsb111 to TikTok, and quickly went viral. Watch the incredible encounter in this YouTube link.

Of note: Experts recommend that people who encounter bears do exactly what this group of people did. Stay calm – don’t run or scream.

I have watched the bears at Katmai on Explore.com as they wade in the river and wait for salmon. I am more worried about the bear here than I am about the people. As friendly as that bear may be s/he is still a wild animal. I do envy that person though.

It would be rare for a Grizzly to charge a group of people anyway.. all stood together you represent a large or bigger animal. Wild animals need to retain a fear of humans to keep us and them safe. Pulling the phone out was a dumb idea, they were unharmed not because of him talking sweet to the bear but because they are a large group together and represent a bigger threat than the grizzly wants to take on. Sweet talking a grizzly when you’re alone won’t work!