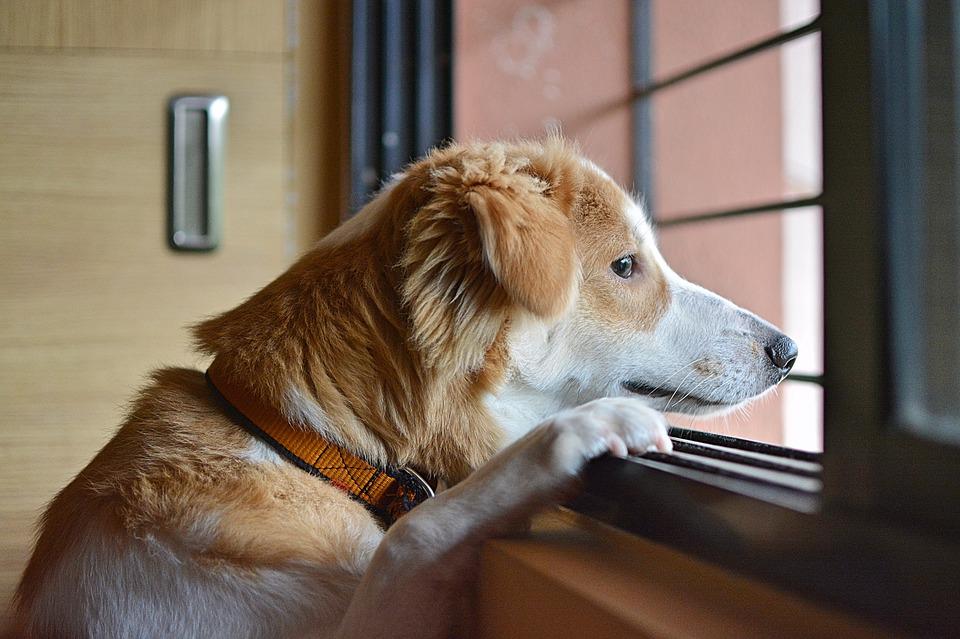 Researchers have confirmed what many dog owners already knew…dogs shed emotional tears. The study flies in the face of former scientists who insisted that tears from a dog’s eyes were only to keep the tear-duct clean. And it is contradictory to the researchers who previously attempted to convince the world that dogs do not experience emotion.

It is a study that I wish I could show one of my elementary school teachers…a man who told our class that dogs do not think and do not feel. I was a shy, introverted child, but his comment made me throw my hand in the air and speak out to let him know that he was absolutely WRONG. My family was raising a German shepherd Guide Dog puppy named Sparrow for Guide Dogs of the Blind and I KNEW that she not only had emotions but that she could think. 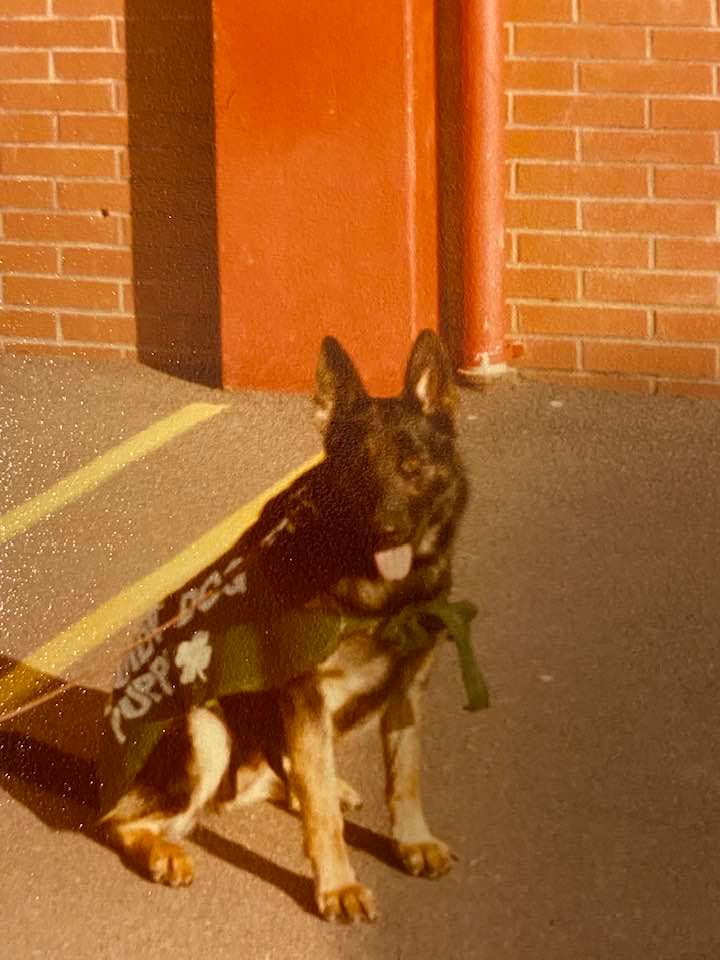 And she is the one dog in my life who cried hard enough when I was reunited with her after she retired from her guiding job that the tears rolled down her face. She had lived with a blind man in California for years…she retired when she was too old to perfectly execute her duties. My family picked her up at the airport and when she was reunited with us, tears quietly fell from her eyes.

My current dog is not much of a crier. He is more of a tail-thumping, shepherd talking, grab a shoe and joyously prance around the house when his family gets home type of dog. He wears his emotions on his, well paw? 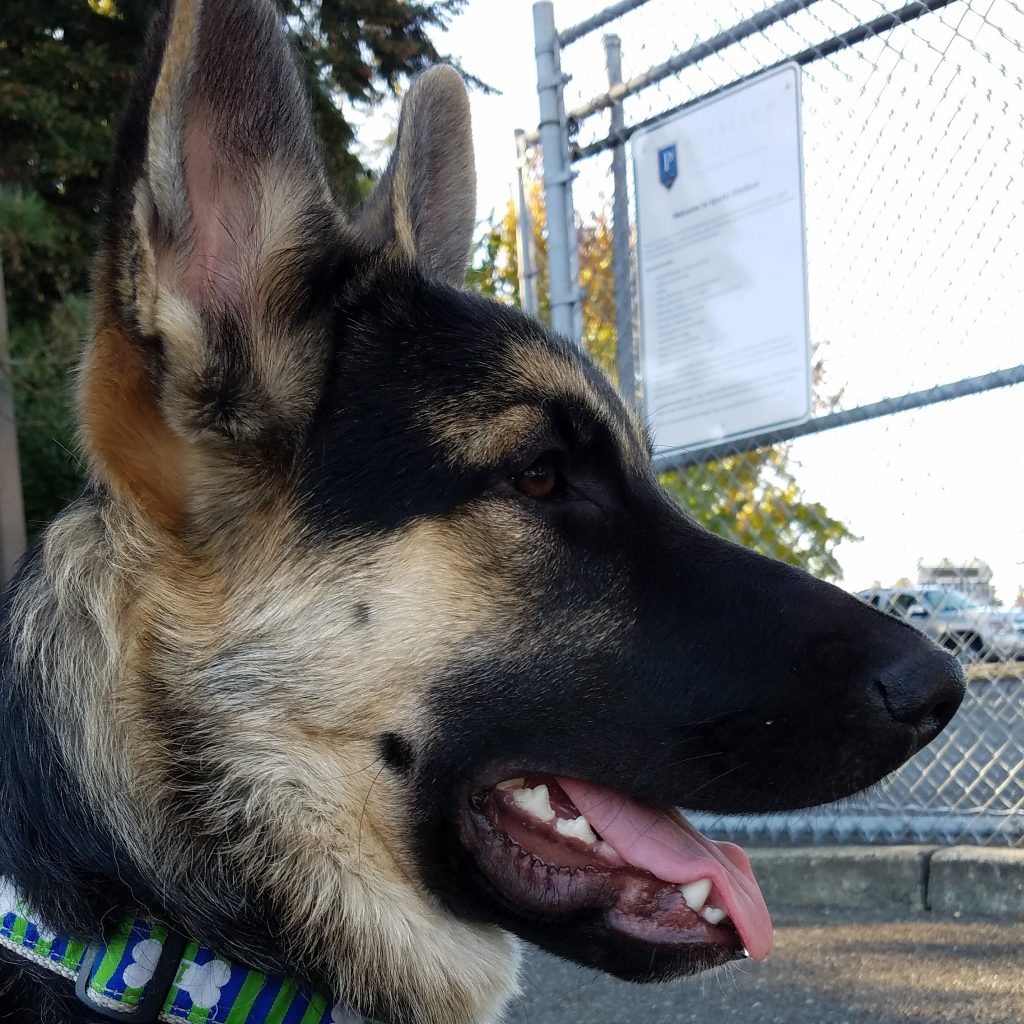 But sweet Sparrow, she was a special girl with great intelligence and deep emotion. She was the dog that taught me everything that I needed to know about dogs. She was the dog who gave me the courage to speak out when my teacher tried to give bad information to my classmates. 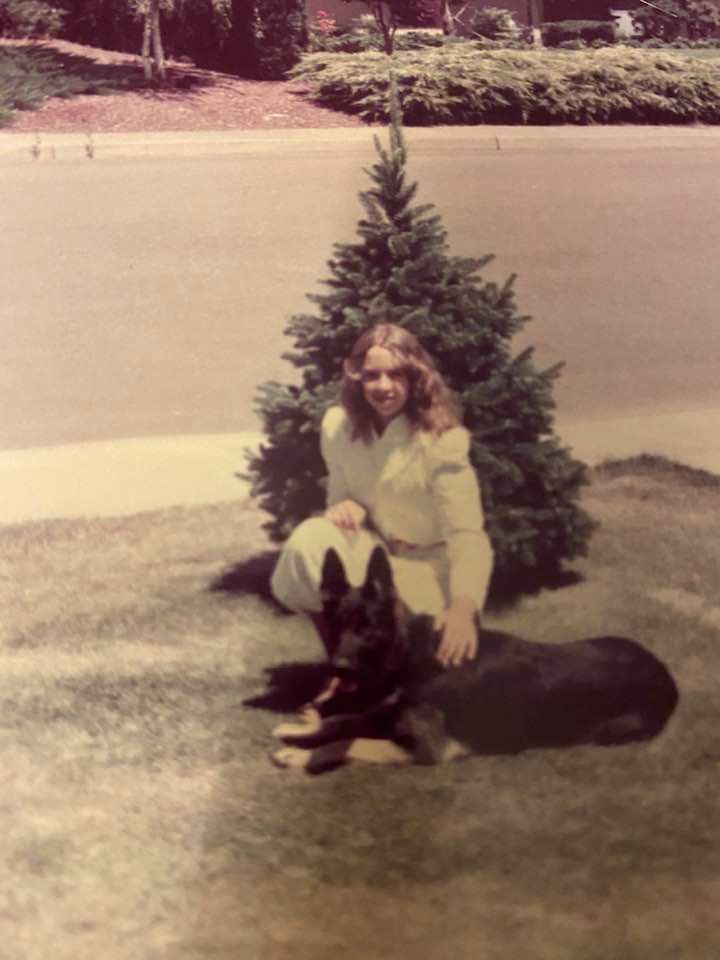 And I am not alone – most of us know that our dogs have a wide range of emotions and they are intelligent. But thanks Japanese researchers, for confirming what we know.

ALL animals feel emotions! ALL!!

Linda A.
Reply to  Roxanne

Absolutely dogs show emotion and cry tears. Other animals will show emotions also. I have seen it in cats, horses and dogs. I saw our cat mourn the loss of my husband’s grandmother who lived with us. It got so bad that we though she (the cat) would die. She attacked us which she never did but the cat knew that we were the last ones with grandma. She quit eating, She would sit at the bedroom door scratching wanting into the room because she slept with grandma. Animals are amazing! I prefer my pets over almost any human.

Veterinary care in this state is beyond abysmal. When the specialist Cerberus had waited weeks to see blew us off telling us to go back to our regular vet for a biopsy, we knew we had no choice but to stop his suffering the only way we could. As he waited for the end to come I saw a tear roll down his cheek. I had never seen a dog cry before, but I knew that he was sadder than ever before. The experts can explain it away all they want; those of us who know animals are well aware their feelings are no different than ours. Our dogs had more empathy than most human beings I know, a sad commentary on our society. Rest in peace my sweet boy.

Dogs are the best. I love all animals but dogs are so special.

This is pure NONSENSE! Yes, ALL animals feel emotions, BUT, ONLY HUMANS shed EMOTIONAL tears.

All animals have emotions. I have owned animals all my life. I have seen horses, dogs, cats,wild deer and foxes, and more cry real tears from joy to sorrow and no one will tell me any differently. I have had animal even saved my life more then once. If not for them i wouldn’t be here today.

i too have seen it. maybe we should shed some tears for Linda A because she is so ignorant and narrow minded. animals know who loves them and who does not. unless your a true animal lover and interact with them frequently you’ll never convince any pea brain anything different. thumbs up Janice