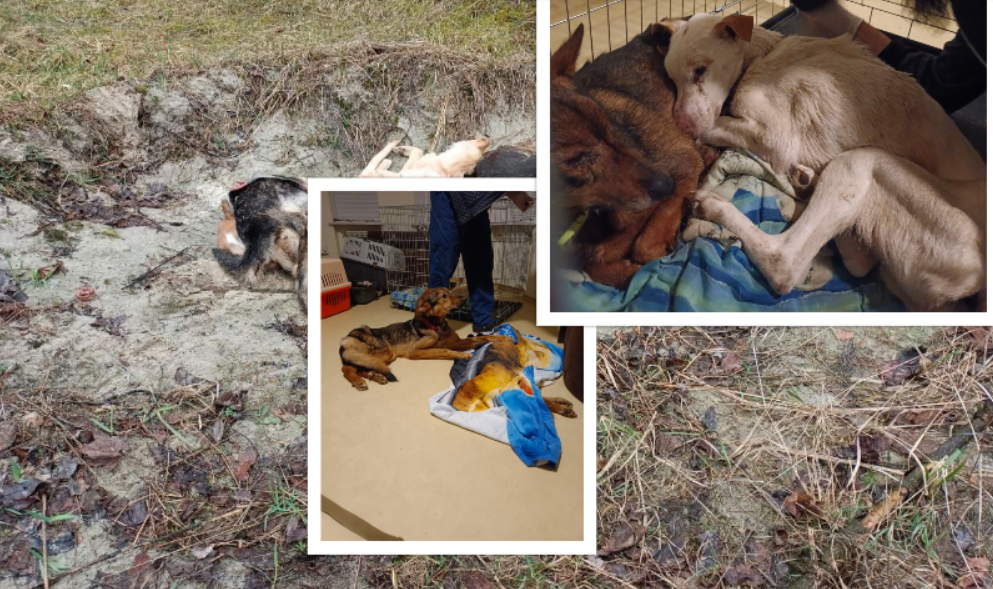 People desperately trying to save homeless shelter dogs in Ukraine were devastated to find hundreds dead at an abandoned animal shelter in Borodyanka. Earlier this week, UAnimals shared the devastating news with Facebook followers, writing:

A few days ago we were shocked by the terrible news – more than 300 dogs were killed in Borodansky Animal Shelter… They all died of hunger and thirst. Volunteers who managed to reach four-legged after the settlement was released rescued a third of the shelter residents, most of whom are currently in critical condition. Several dogs did not make it to the clinic and died on the way, at the hands of volunteers.

According to the charity organization, the dogs did not die from gunshots or bombs…they died from a lack of food and water because the person running the animal shelter abandoned them there. UAnimals said, “They died a terrible death without food and water, locked in their cells. Director of the KP “Kiev City Veterinary Medicine Hospital”, which belongs to the shelter, Natalia Mazur left the dogs on the loose in early March – closed in the enclosures. The person who should take care of every four-legged shelter left them to die in agony.”

As reported by CBS News, 27 of the surviving dogs were transferred to private clinics for ongoing treatment and care, and UAnimals is working to secure shelter for the remaining dogs.

UAnimals wants to see those responsible for the death of so many dogs punished. The charity writes:

All guilty of the destruction of more than three hundred lives lost should be punished. This is why we wrote a statement to law enforcement demanding that the crime be investigated as an animal abuse. We also appeal to the KMDA demanding to change the head of KP. Since the acting director cannot perform the function of the manager and interact with animals further. The documents are already prepared by our lawyers and sent to the respective state authorities.

This is such a sad story. Them poor babies.

that is such a shame. once again the defenseless suffer because of mans inability to coexist or need for endless power. the people involved in this should be punished for their incompetence and lack of empathy or conscience.

It is such a shame that there are those who do not value the lives of innocent creatures who cannot fend for themselves in these situations. Where is humanity for all living creatures?? This world is becoming such a disgrace.

Those poor, innocent babies didn’t deserve this horrible fate. It’s so heartbreaking to hear this.

We Must Stand Up! We won’t take it anymore! Shame and justice.

This is an evil, harsh world for innocent, animals. Humans cause most all horrific animal suffering 😡 and why didn’t anyone put theses helpless animals out of their misery?????

The real question to be asked here is “why hasn’t someone put Natalia Mazur out of her misery, even God would look the other way