On Wednesday, an entire team of rescuers banded together to save a golden retriever who was stuck in a slippery canal in the North Shore area of Riverside County, California. The dog either jumped or fell into the canal and thanks to the slick, moss-covered sides, he was unable to climb back out. 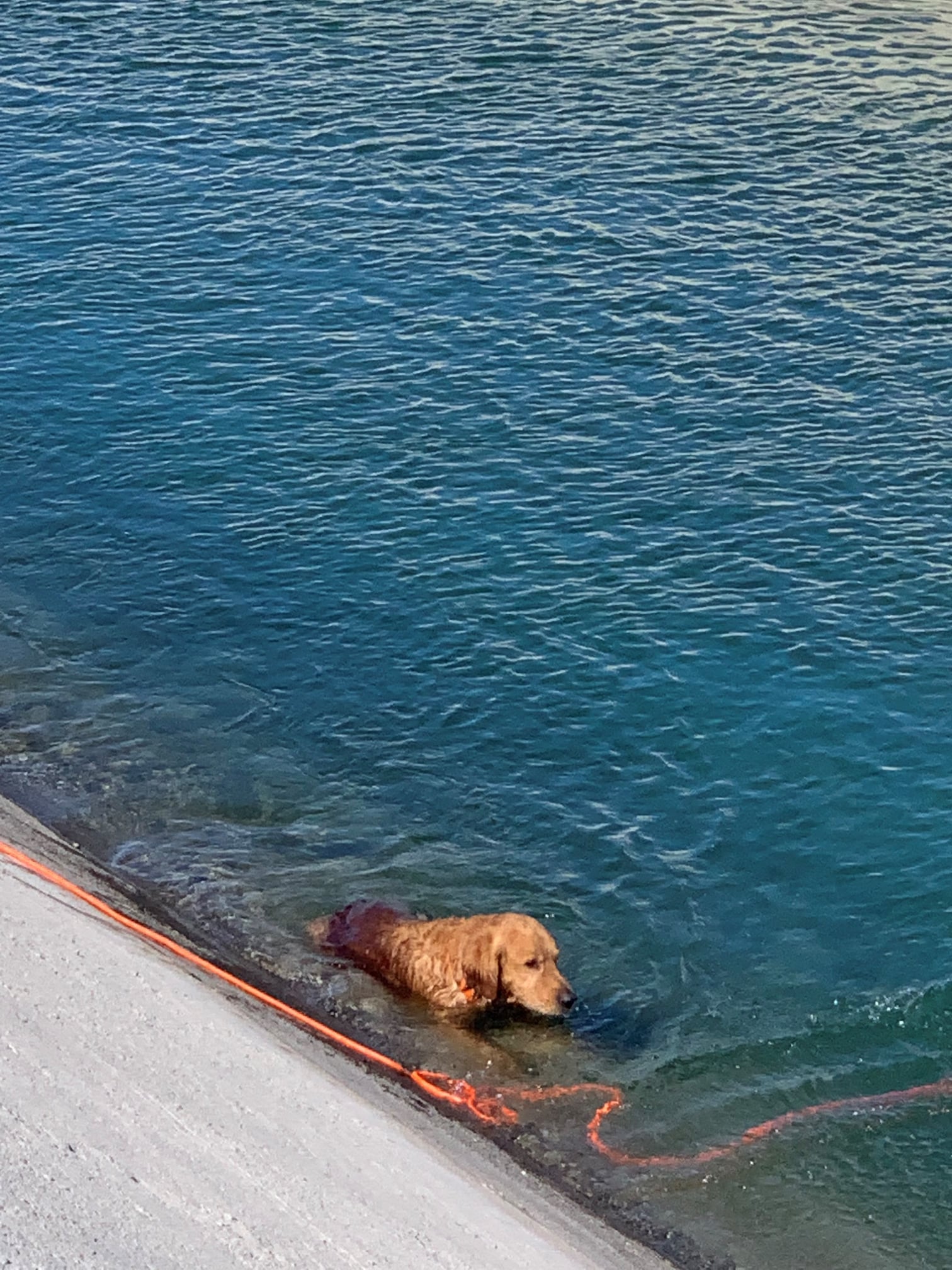 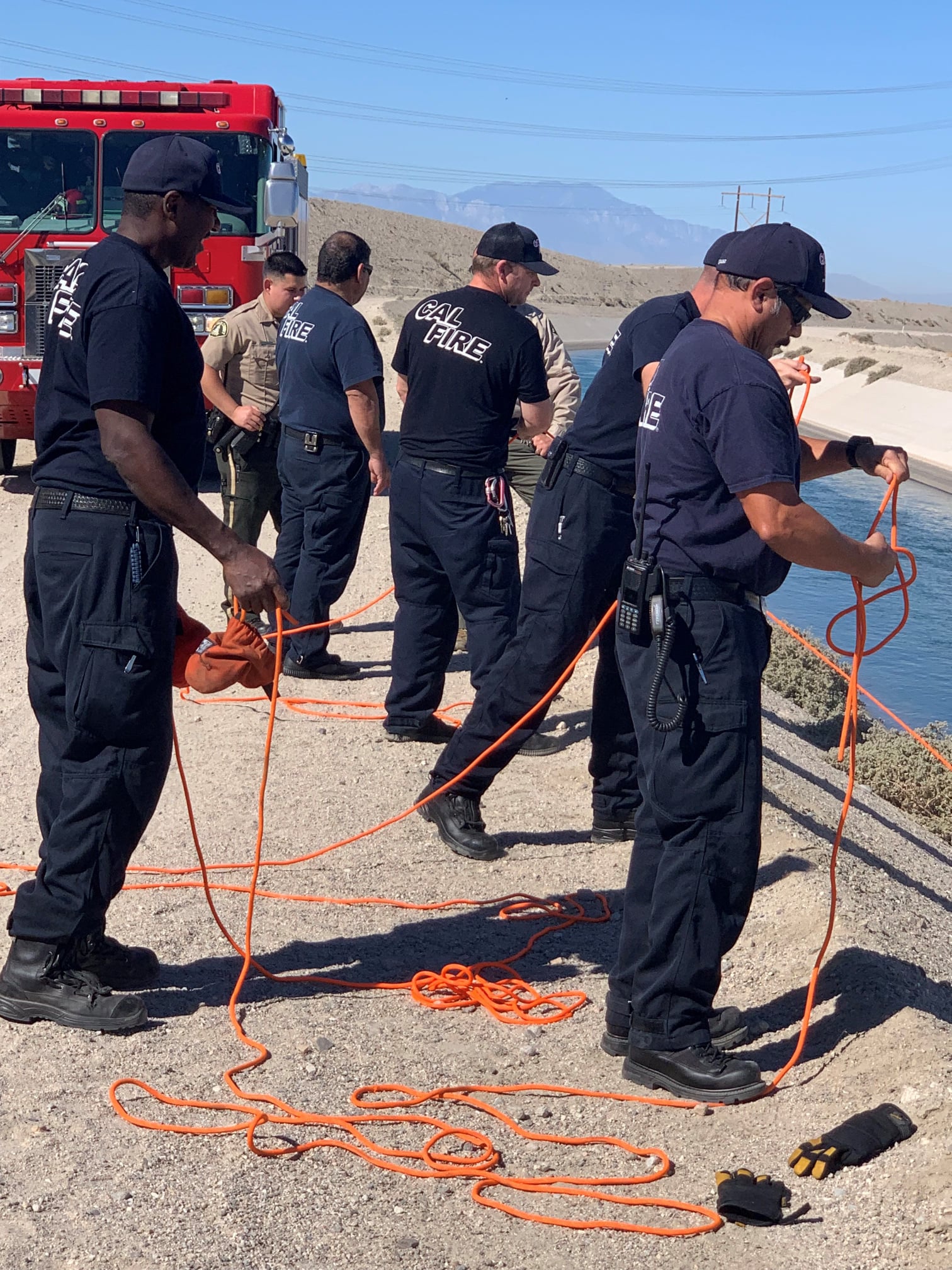 We must send a big thank you to a crew from Riverside County Fire Department Station No. 41 for the major help yesterday. Firefighters used ropes to safely lasso the dog, a handsome, male 6-year-old Golden retriever.

The pooch was transported to the Coachella Valley Animal Campus by Officer Eric Espejo and hopefully, he will be reunited with his owner. If nobody comes forward to reclaim him, at least one firefighter expressed interest in giving the dog a permanent home.