Puppy Vaults Wall, Tumbles 30 Ft Down On The Other Side

An adventuresome pup got more than she bargained for after vaulting over a wall in Spokane, Washington. Eight-month-old Pebbles skirted death after her jump sent her 30 feet down near the Spokane River last Monday.

The City of Spokane Fire Department created a social media post about the rescue effort, writing:

This pup was saved by Special Ops companies on late morning of August 16th. It was struggling by the Spokane River near Huntington Park by below City Hall and received a helping rescue by firefighters. 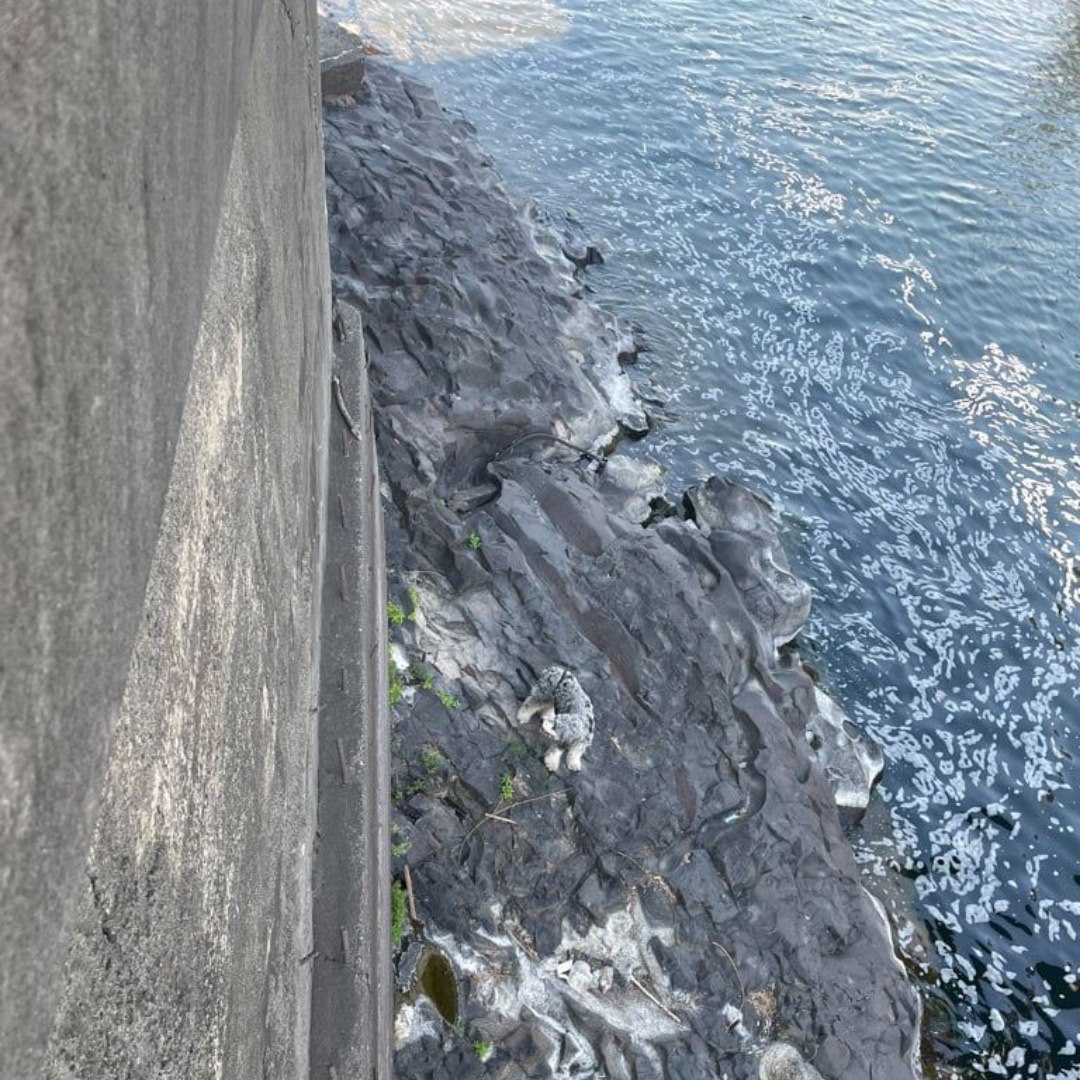 And Pebbles’ owner, Raymond Ploski, added a few more details, while expressing gratitude to those who saved his puppy:

My 8 mos. old pup decided to vault a 3 ft wall to find a 30 ft drop on the other side! I thought she would be dead from such a fall. The Spokane FD were awesome – very responsive and funny as well.

It was the first time I’ve ever seen a hook & ladder in action. What an absolutely terrifying morning, a full day of x-rays, scans, and tests; and a very, very lucky ending. Pebbles survived without a scratch. Thank you, City of Spokane Fire Department and Pet Emergency Clinic!”

That is one VERY lucky dog!

Wow! Glad she was OK and a big thank you to the FD!

Wow! What a lucky puppy. Hope this doggo learned a valuable lesson.

not a scratchy to be found on her. What a lucky dog. I can imagine the terror her person felt when she went over the other side. Great work FC and Pebbles, no more jumping over railings.

A huge thank you to the rescuers!

Wasn’t her time…and probably because of being so young 🙂

The owner is stupid, irresponsible, and totally unworthy of this dog. To leave a dog next to a door or patio door and not take care of the dog, or pay attention to the dog is absolutely unforgivable.

The dog should have been removed from the owners custody for gross negligence ..this could only happen if the dog was off leash in a dangerous enviro.. if this was a human child CPS would have removed this child permanently..thankfully this cutie canine is all okay..maybe a cat in disguise with 8 lives left