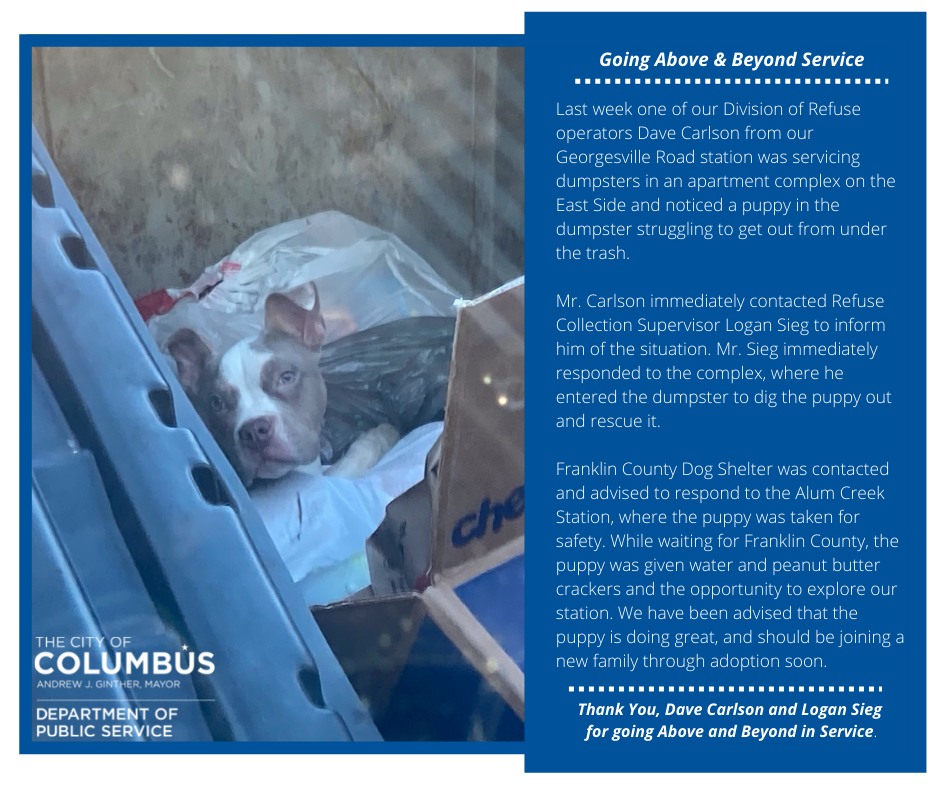 Columbus, Ohio – A puppy who was discovered in a dumpster earlier this month has been adopted to a new home, where he doing doing “great.” The six-month-old pup, now known as Duke, was found in an apartment dumpster by Division of Refuse operator, Dave Carlson.

According to the Columbus Department of Public Service, Carlson could see the puppy struggling to free himself from the trash. The agency said that he “immediately contacted Refuse Collection Supervisor Logan Sieg to inform him of the situation. Mr. Sieg immediately responded to the complex, where he entered the dumpster to dig the puppy out and rescue it.”

After being pulled to safety, the Franklin County Dog Shelter was contacted and arrangements were made for the pup to be taken in – but before Duke left, he was treated to some peanut butter crackers and allowed some exploration time at the station.

The city commended the employees, writing:

Thank You, Dave Carlson and Logan Sieg for going Above and Beyond in Service 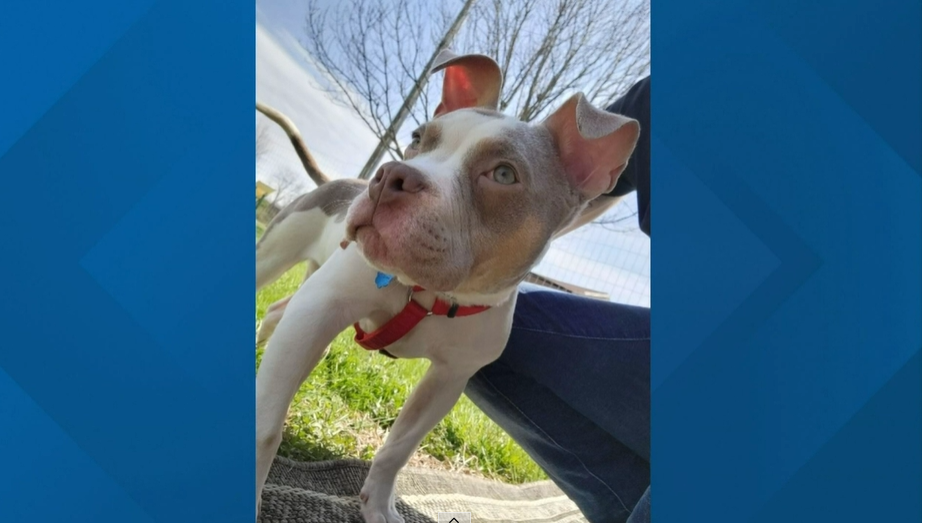 Duke (via screenshot from 10TV News)

Many other homeless pets are eagerly awaiting their new homes at the Franklin County Dog Shelter. Find the animal welfare agency on Facebook at this link.

Once again i ask the rhetorical question, what is wrong with so many people? Duke is not a piece of trash but a living and feeling being. I am only grateful that he was found and is now getting the love and care he deserves. Such a cute guy and great ears!

Beautiful pup ………how can people do this? Thanks for saving this baby

people are disgusting, how can anyone just throw this pup away and not care. this is the new world we live in where empathy and compassion seem to have no place. thank god he is safe now.