President Biden Gifted A New Shepherd Puppy And Major, The Rescued Shepherd, Has A New Home 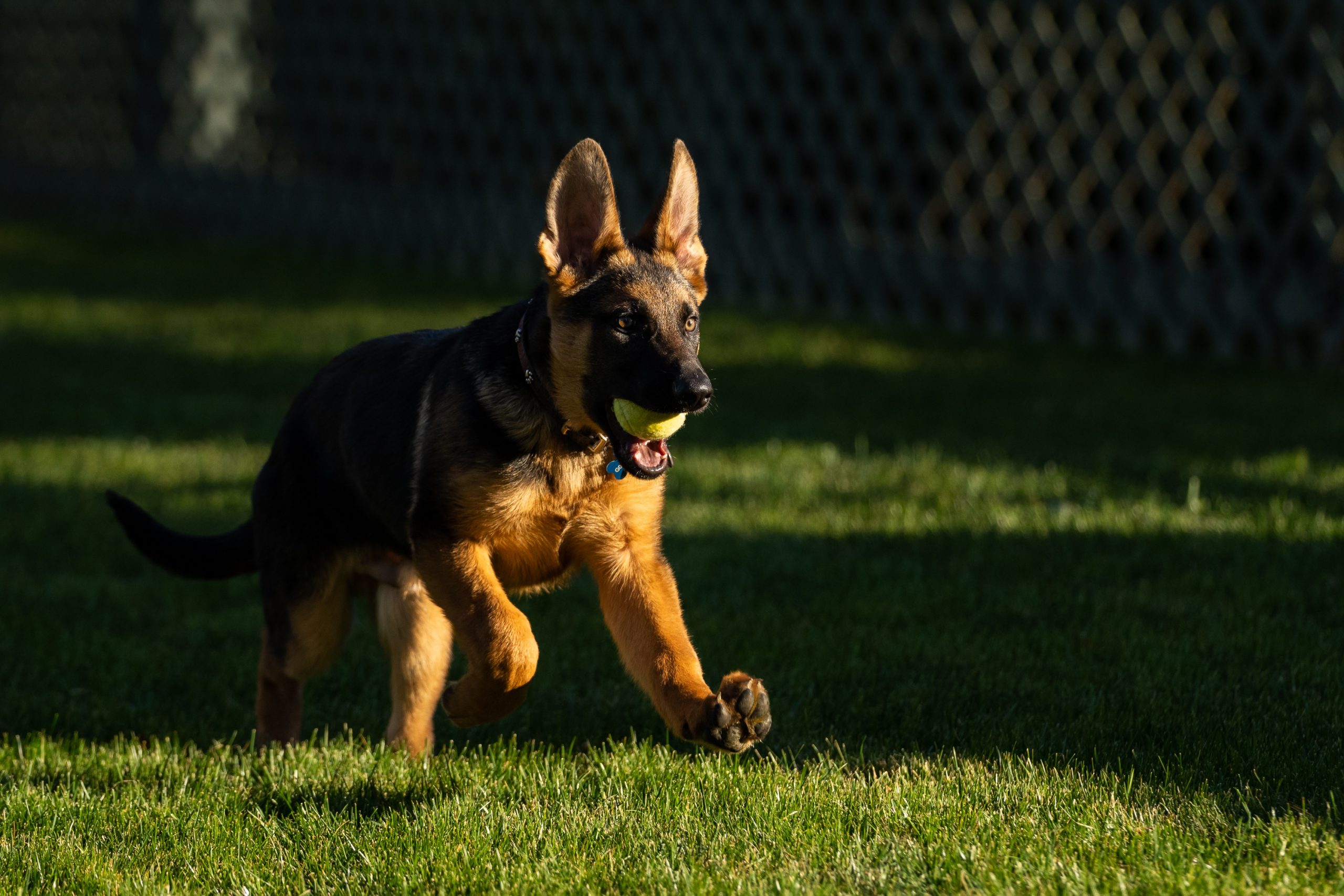 On Monday afternoon, President Joe Biden introduced his new puppy, Commander, to the world via Twitter. In a simple Tweet, the President said:

Welcome to the White House, Commander. 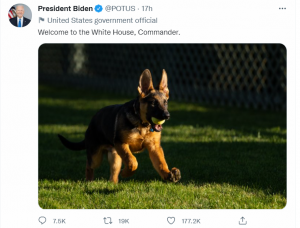 Including a short video clip of the adorable new addition to the family.

The pup, who was born on September 1, was a gift to President Biden for his 79th birthday. Commander will be taking over the shepherd duties in the White House because Major, the Biden’s rescued shepherd, has been rehomed to family friends, reports CNN.

“After consulting with dog trainers, animal behaviorists, and veterinarians, the first family has decided to follow the experts’ collective recommendation that it would be safest for Major to live in a quieter environment with family friends.”

LaRosa said that the decision to let Major live with another family came after “months of deliberations.”

The Biden family lost their elderly German shepherd, Champ, earlier this year; the dog was 13-years-old when he passed away.

People need to read the article before they comment,FB commenters are saying he should have adopted a dog,not buy one,the dog was a GIFT people.

A gift from JILL. His wife.

Let’s see, 1) Biden said he pulled Major’s tail, something we tell children not to do. 2) Many people (including myself) thought he adopted Major for a photo op. Well, the end results proved that – he couldn’t manage Major, and gave him away. If they didn’t have time/ability, to train Major, he then accepts a puppy?!? Ridiculous! He’s frail, as it is, just hope he doesn’t fall on/trip over the pup. I wouldn’t feel sorry for him, I’d feel bad for Commander.

Totally agree with all your points June

Whoever gifted him the puppy should be strung up. It discourages people from adopting.

No one needs to be “strung up”. Jesus if that isn’t an over reaction. Someone gifting a puppy or even buying one does Not discourage anyone from adopting. That is just plain malarkey.

NEWSFLASH, Rose – aren’t people always saying that the President should be a “role model”? I guess that only applies, when it’s convenient – lol! C’mon man!

It was his wife that “gifted” the dog.

So agree with you Juliet Hogg.Adopt Don’t Shop hasn’t he heard of that.Go to a shelter not a puppy farm.

Geez June, Biden is gifted a puppy and u go all bat shit crazy. Even to make a statement about him getting hurt and how u would show NO compassion if that happened. Wow just wow. And then Jo agrees with your NO compassion and bs comment. And then Juliet has to say something mean too. Might want to “check that log in your eye” (paraphrased from a Bible verse)

For people who know me, I have more compassion than most. Having had an animal rescue, besides donating plenty of $, and having multiple events for animal adoptions. Biden would have been on my “do not adopt to” list. He’s unsteady, both literally, and figuratively, speaking.

June you are speaking trash. If you don’t like the president that’s fine but don’t spout BS.

Only the truth, pal, only the truth! If you aren’t aware of what I stated, just do your research. So, don’t spout your crap.

I guess after abandoning Americans and our allies in Afghanistan, a dog is nothing, right Joe? You think a puppy photo op is going to help you at this point? You gave away your dog because you couldn’t train him, and went ahead and got another one – the optics are not what you think, Clueless Joe.

What a shame that politics rears its ugly head on a page designed for the love of animals. What I see here is a family thoughtfully following the advice of many experts. Not all dogs are suited for all situations.

No i dont think they are animal lovers at all!
Otherwise they will never part with the dog no matter what, & how will the dog feels to be abandoned!

Love of animals?!? Any reputable rescue would never adopt to them, again (after what happened with Major). Maybe, that’s why they were “gifted” this dog.

I believe it was the right move for Major as he was not adjusting to the commotion of living in the white house. If you had a dog that was showing anxiety and biting you would do the same in finding him a more relaxed environment to live in.
Turning this into a something political is uncalled for and shows your lack of understanding to the situation.

No, it shows your lack of understanding. Biden admitted to pulling on Major’s tail (like who does that?!?), and wasn’t able to control/train him. When they adopted Major, it was so obviously a photo op. Biden is in another universe, and cannot/should not be a caretaker to any animal, when he clearly needs a caretaker for himself. No reputable rescue should ever adopt to him in the future. I had a rescue, and would put him on the “do not adopt to” list.

BIDEN’S A FUCKING IDIOT, WHO CAN’T EVEN TAKE CARE OF HIMSELF, MUCH LESS A DEPENDENT, SUCH AS A DOG!!! THE THIEF-IN CHIEF COULDN’T FIND HIS OWN ASSHOLE WITH A FLASHLIGHT, MUCH LESS FIND YHE POOR DOG’S FOODBOWL!!! 💪🇺🇸 RENEE CARIGLIA

AND ROSE S., PULL YOUR HEAD OUT OF YOUR STINKY, IGNORANT ASS!!! SOME ONE SHOULD “GIFT” YOU SOME BRAIN MATTER!!! 💪🇺🇸 RENEE CARIGLIA