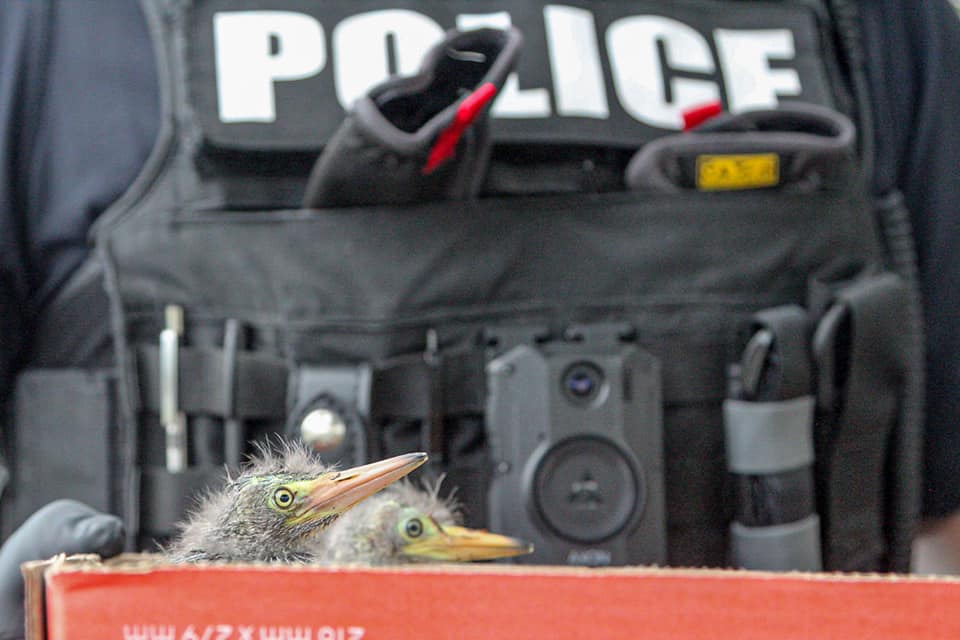 Last week, tropical storm Elsa swept up the east coast. In the storm’s path were three baby herons whose nests were destroyed in the wind and rain. Thanks to Georgia’s Tybee Island Police Department, the babies were found and rescued on Thursday.

Earlier this morning, our officers responded to reports of two different Heron nests which were destroyed last night during #TropicalStormElsa. Among the debris, we were able to locate a total of three survivors (Two in the first nest, one in the second).

The baby herons were named Sven, Olaf and Kristoff, and were kept safe at the police department until a partner organization could be contacted for the birds’ continued care.