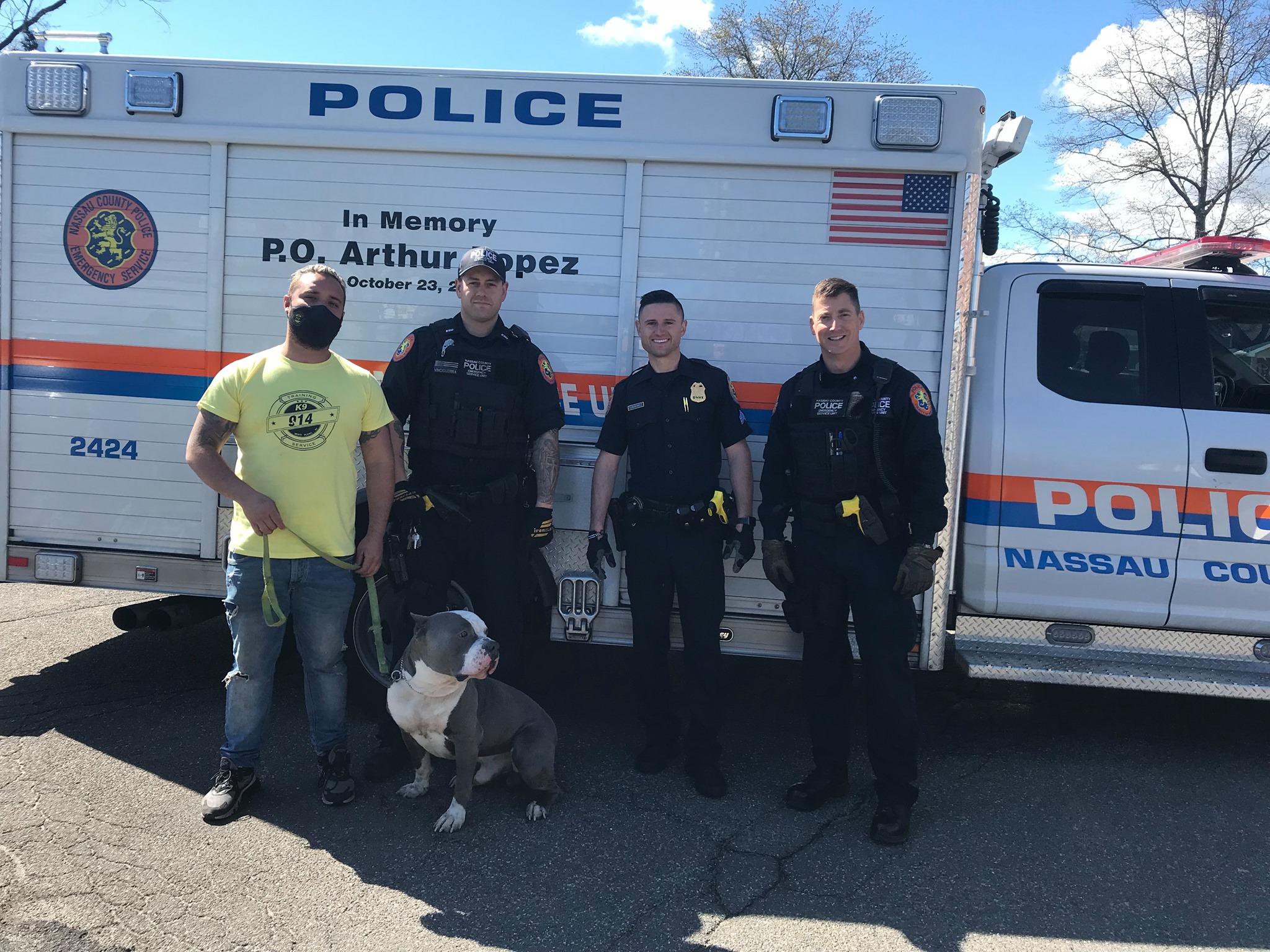 On Saturday, April 17, police officers in Nassau County, New York, came to the rescue of a hopelessly stuck pooch. The Nassau County Police Department stepped in to help when a pit bull named Bentley managed to get his head stuck in his travel carrier.

With the help of some tools, and a good deal of patience, (along with some reassuring words to keep poor Bentley calm) the officers were able to cut through the metal diamond plates to free the trapped dog. 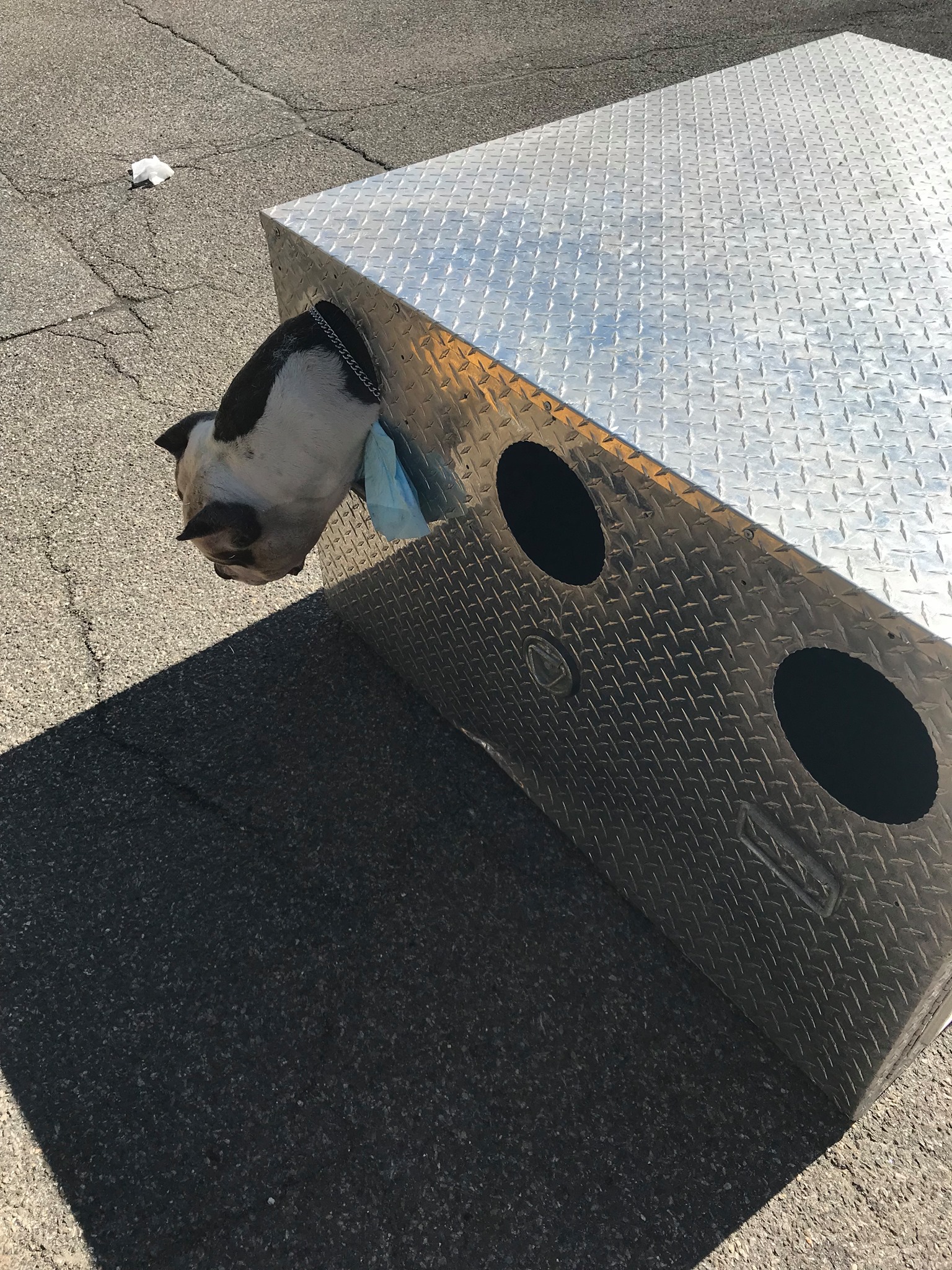 Thanks to the heroes of the day, Bentley is safe and sound. In a release, the department stated:

“The Officers were able to meticulously cut through the diamond plate circle that trapped Bentley’s head. Once released from the crate Bentley was evaluated and deemed to be in good health with no visible injuries.” 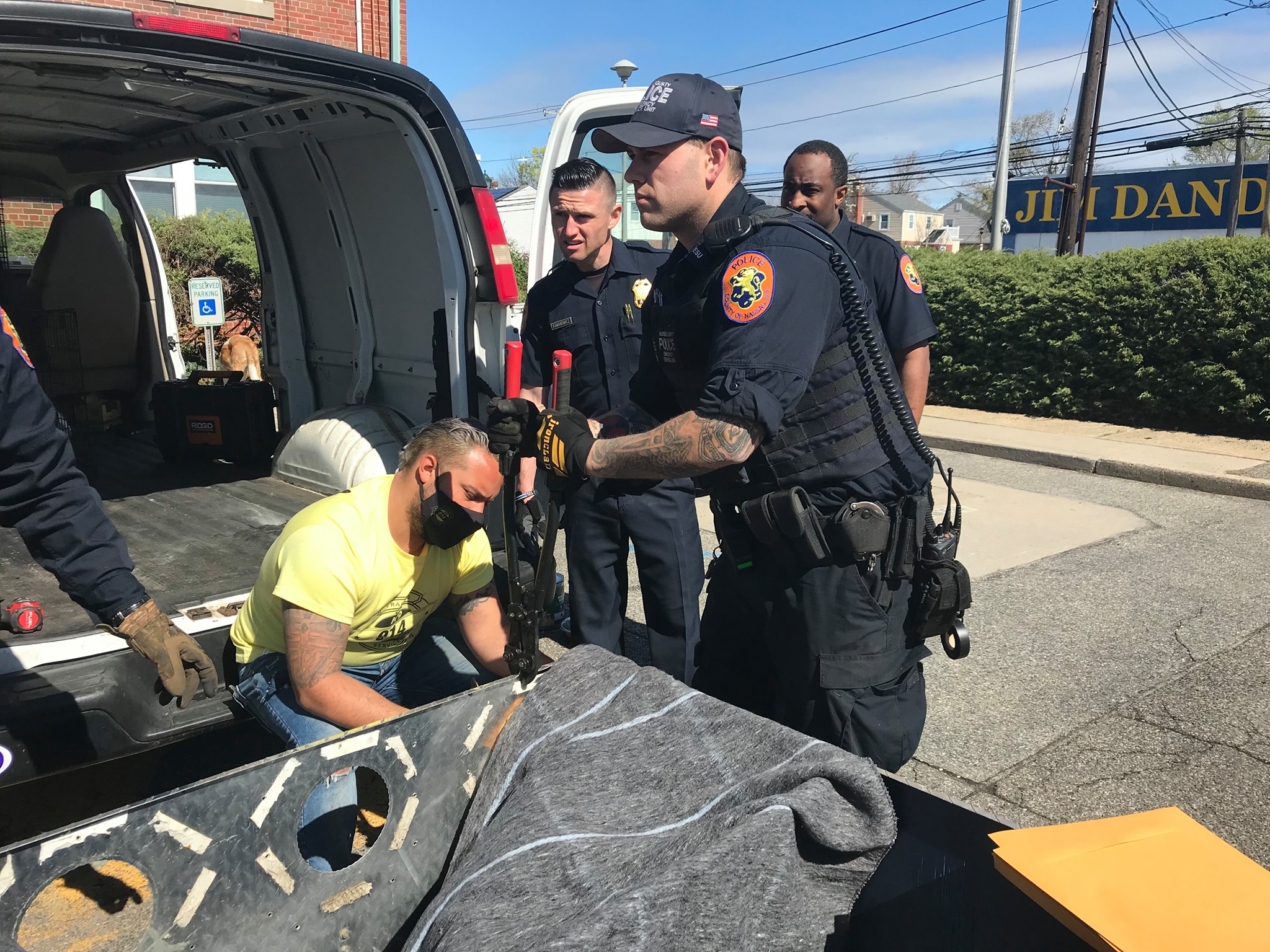