A friendly cat, who managed to get himself into a big of a predicament, was rescued thanks to the persistent efforts of the The Quad Cities Animal Recovery Team. The team was alerted to the presence of a cat in LeClaire, Iowa, who had a duct tape roll around his neck. 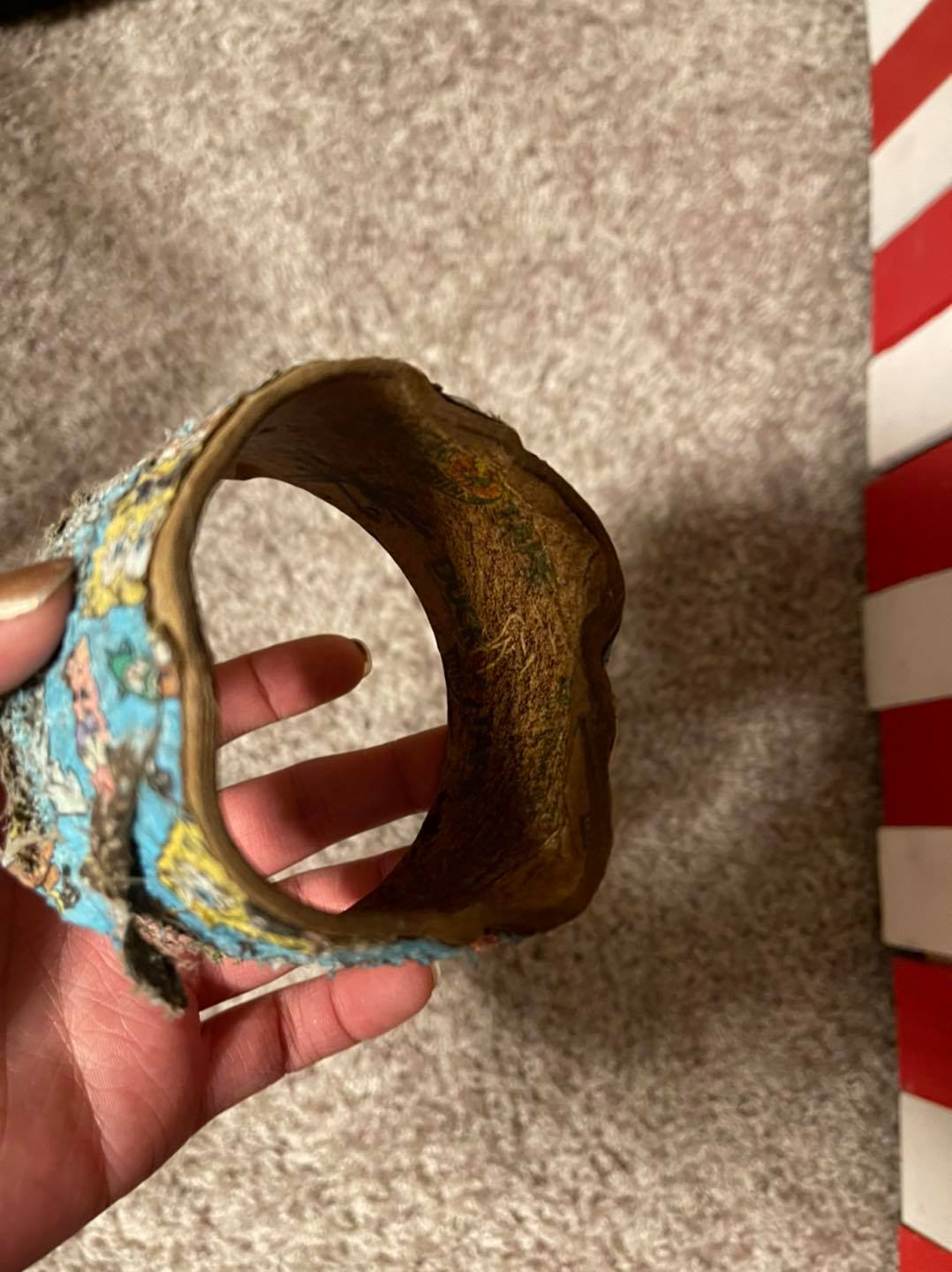 On September 2, the rescue group recounted the effort to help the cat, writing:

We decided today that we were not going home without him. We tried trapping almost all day with no success. Then late tonight, he was out meowing away but bypassed the trap. We spent over an hour trying to get him to come to us but he just kept doing circles around us 10 feet away while rubbing on everything that came into his path and flipping over as if he wanted belly rubs. 😐

It took hours for the team to finally convince the kitty to go inside of the trap that had been set. The rescuers write:

We decided to try the trap again. He kept going only to behind it and trying to fight for the food through the bars with no success. He went to the front and rubbed his head on the trip door and closed it without him in it. 🤦🏼‍♀️ We continued trying by hand, and he continued doing circles. Three hours in, he finally went into the trap and after a very nerve wrecking minute, he tripped it!

Fortunately, the rescue group believes that nobody tried to purposely harm this cat; they explain:

We can confidently say that he most likely got the roll stuck on his own head. Aside from him not fully working with us and making his own head a bit bigger by turning it, it was relatively easy to pull off. He very much enjoyed neck scratches after that and was purring away while held! As soon as we let him down to roam in the house, he finds a spot to hide.

The cat is receiving his vetting, and for now, living in a foster home. The group will hold him for a short time to see if an owner comes forward; if not, someone has already spoken up and offered him a forever home. 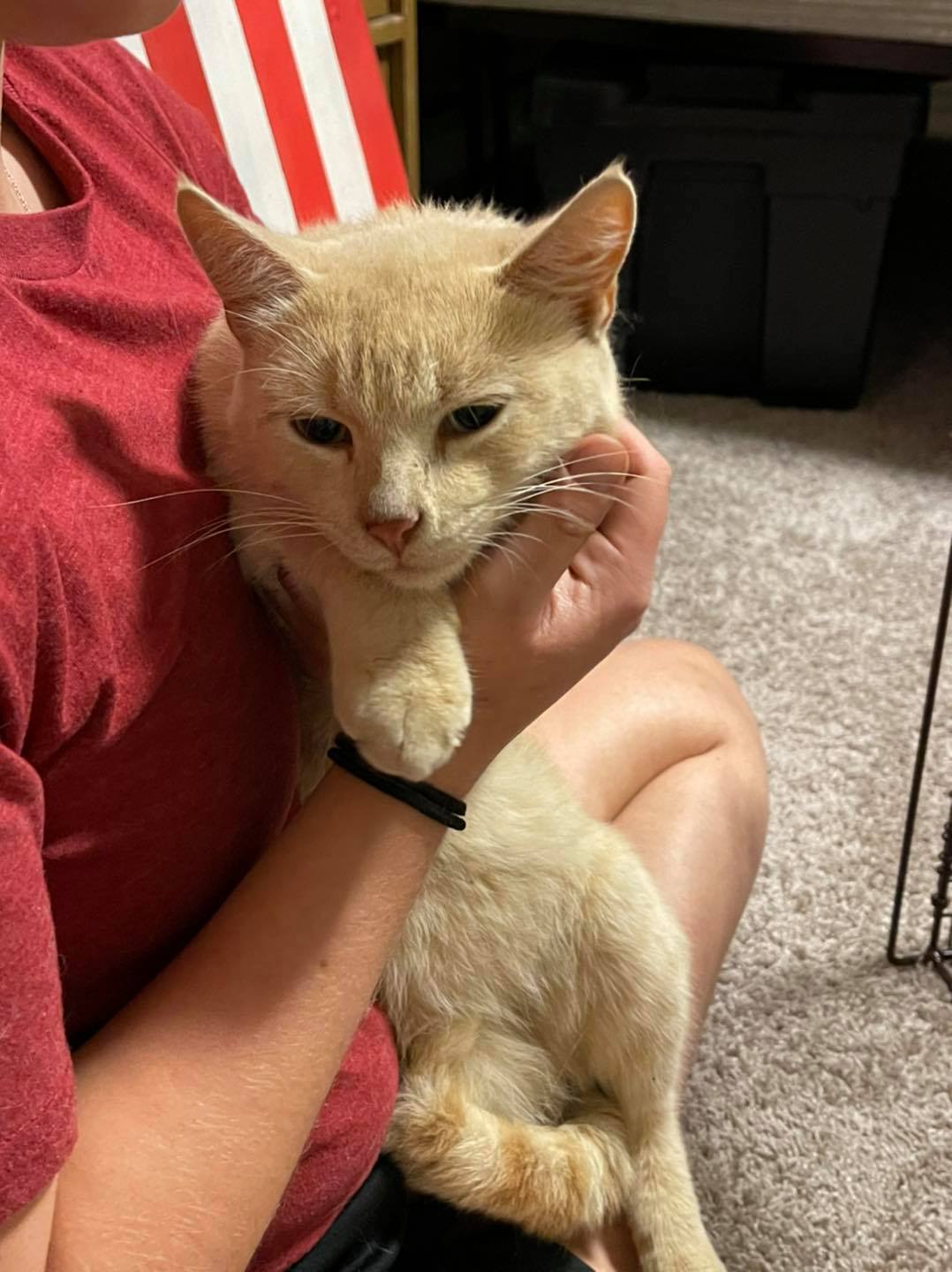 Nice to see a positive story for a change,particularly since it seems this was the cats own doing and not some asshole who intentially tried to harm the cat and better yet had a heartwarming end for the cat.

They need a Drop trap…the cats go under that and it’s like the old box with a stick and a string, you pull the string when they are under it. (but it’s not a box, they are made out of netting or metal. They work great. Just have to go under it and pull the string, the stick goes flying and the drop trap drops down, you have a door to transfer into a trap.

Yes. Drop traps are great. We use them in Australia.

Great job! Thanks for being so persistent, Quad City Rescue!

Glad to see there are humans out there who will go out of their way to help an animal in need instead of abusing them.

Thanks to all of youse who wouldn’t give up on this poor cat & it’s situation. Youse saved it’s life & deserve to be recognized. Thank God it was an accidental insident & Not Animal Cruelty!!

so glad the cat was rescued and now has his forever home. Glad the rescuers spent time trying to catch the cat; cats are very leery of traps. Good job people.