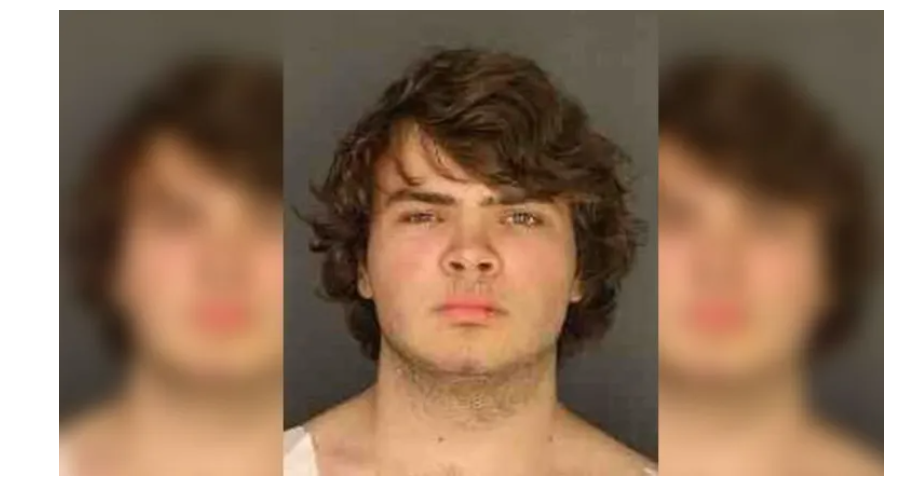 Payton Gendron, the 18-year-old man accused of killing 10 people at a grocery store in Buffalo, New York, documented his own vicious killing of a cat. In an online journal, Gendron provided grisly details about the manner in which he killed the cat, who he claimed had attacked his own family cat, Paige.

As reported by the New York Post, Gendron’s journal stated :

“I quickly enter and the gray cat was attacking her. I then spent the next hour and a half chasing the cat around the garage and stabbing it with my knife (the camo one).”

He went on to explain exactly how many times he stabbed the cat’s neck until the head came off, and he posted grim photos of the mutilated cat, and his own face covered in the cat’s blood. He proceeded to explain that he felt nothing after killing the cat, stating “I thought I would be in pain but I literally just feel blank.”

Gendron is accused of committing a hate crime at the Buffalo supermarket – live streaming the violent massacre on Twitch. The teen’s prior act of animal cruelty perfectly highlights the documented link between animal abuse and human violence; one of the many reasons that Animal Victory pushes for substantial punishment for animal abusers.

why is this scumbag still breathing?

He’s clearly a psychopath. He needs to be euthanased!

Why are these evil pieces of shit allowed to live? You can rehabilitate crazies like this.

Execution with no chance of appeal. Obviously extremely sick. No use to the world.

I saw a video yesterday of someone who was in school with him and said he liked torturing animals. He was not bullied (the killer) but bullied others. Thank goodness he is dead and can hurt/kill no more; Pay attention people. He is not alive and “euthanize” him? Such an overused term-look up the meaning before using it again for people or animals.

He’s not dead. I don’t know where you read that.

I think you might be thinking about the Uvalde gunman, he’s dead. The gunman responsible for the Buffalo Supermarket shooting is still alive and due to go on trial

The Uvalde Elementary School shooter liked to walk around with a bag full of bloodied dead cats he had killed.

Morons don’t have a right to talk so if you don’t know what your talking about shut up!

Everyone has a right to talk!!!! Even mean people like you!!! Sometimes a person makes a mistake — especially when massacres are happening just about every single day!!! Have you ever made a mistake in your life??? You sound similar to the nasty troglodyte, psycho killer himself!!!

He is a little bitch.

Clearly to see- those insane, degenerate brains, who enjoy tortouring and murdering animals, are TICKING BOMBS and a danger for society. They have to be separated at once for the rest of their lives- in jail or psychiatry with ankle cuffs in a cage. May be, they are victims of a desolate socialization and education, but do not deserve any opportunuties to live out their bestial fantasies. They are monsters!

This guy needs to be institutionalized for life,not just incarcerated. Jail will do nothing for this guy , he demonstrated his psychopathic tendencies when he beheaded that poor cat . No normal person does that to an animal, and he probably did similar things to animals all his life. He needs to be put away for life in an institution because this kind of mental aberration cannot be cured and he will do this again if he ever got out.

That’s why as soon as a human being does a horrific act against an animal, I’m a firm believer in that human getting the death penalty. That’s the best way to elevate society (and all other animals) from evil such as this. Immediately dealing with the problem and providing permanent solutions! Not housing it for tax payers to pay! Only after the said evil has gone on to commit even more horrific acts of terror before finally being HOUSED? No thanks! Nip it in the bud the first time. First animal beheading?? Seriously? Death penalty!! That would have saved many lives!! As well as, I’m sure, many more animals’ lives leading up to that event. Purge evil.

I agree…no bleeding heart here for the poor misunderstood human that tortures animals and kills humans. Hope they all burn in hell!

JUST ONE MORE WONDERFUL REASON THAT HE IS DEAD!!!

SET HIM ON FIRE & HANG HIM IN THE CENTER OF TOWN

If I got a dollar for every evil person who harmed other people that started with animal cruelty I’d be a very rich man. This is a sickness in society we need to address.

ANIMALS ARE SAFER IF HE AND PEOPLE LIKE HIM DIES

PLEASE give that ugly evil cowardly wimpy scum that did this horrific horror and torture to this poor precious innocent defenseless lil loving furbaby, and give the scum the MAX SENTENCING PLUS!!!!!!!!!!!!!!!

Sick sick sick – but why was this not addressed and reported? The link between animal abuse and killing and human killing is widely KNOWN!!

This perpetrator needs a long time in jail and then in a psychiatric facility for life! He’s a scum bag that shouldn’t ever be allowed in public again!

This transgender is yet another example of the CIA MKUltra mind control program to split personalities and take over their mind and get them to do heinous acts under the guise of mentally ill. He/she/it is how they do all these false flag shootings in schools/supermarkets/crowds ets. This was, is and always has been a CIA operation to usher in GUN CONTROL LAWS, TAKING AWAY YOUR RIGHTS, FREEDOMS and SO MUCH MORE!

They shoot animals and put down rogues animals. Society says Evolution is how we came to be…nothing but “animals”….moist robots dancing to our own DNA….put it down.

This repulsive,ugly pocked face faggot animal killer must be exterminated!

What is a faggot?

I always like to see something like eye for eye & tooth for tooth so he needs to be stabbed in the same way he did that to cat. Let him die slowly to his sweet death! Please? Thanks

Horrific creature; people should have heeded the warning signs…instead it seems his evil sickness was taken advantage of: https://bigleaguepolitics.com/buffalo-ny-mass-shooter-had-been-coached-by-former-fbi-agent/

Put that POS away forever! There is no rehabilitating that a**hole.

He needs to be beaten to death in the worst way!

There’s nothing I detest more than animal torturers/killers. Dump the scum in a vat of acid and screw the lid down.

The research linking animal cruelty to serial killing is conclusive. This man shows no compassion and needs to face the ultimate penaly.

The death penalty for this stupid pos!

The same ought to be done to him!

Why is he walking around

Demon being deserves the same treatment,,,, eye for an eye punishment !!! Immediately!!!

Death penalty for sure. don’t waste the citizens time and money for prison term. Discard in the trash receptacle bc He’s trash !

Get all the damn bleeding hearts about they are human out of the picture and do what needs to be done….kill the bastards because you might be next.