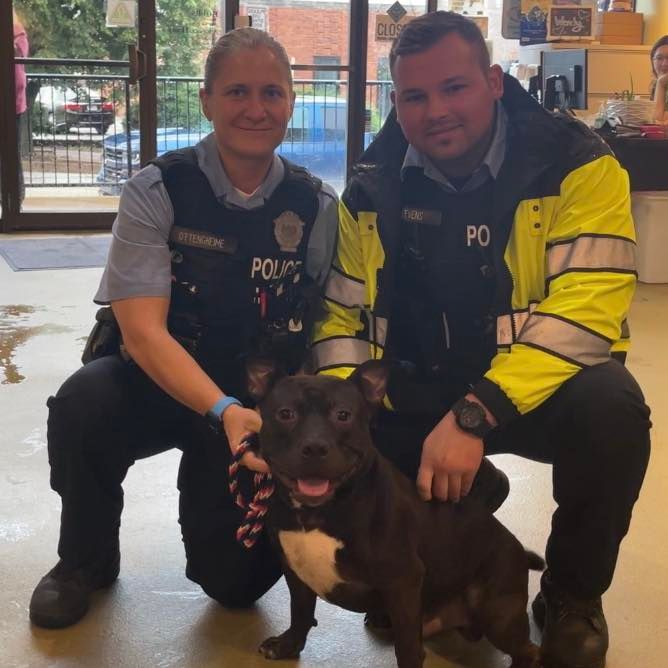 The officers found him SWIMMING up a flooded alley behind a liquor store! They got out and helped him out of the water.

The dog was clearly grateful for the help, jumping into the officers’ patrol car and allowing them to dry him off and warm him from the cold water that soaked his body.

The rescued pup apparently did not want to be alone in the backseat, so one of the officers joined him:

He didn’t want to be by himself so Officer Ottengheime climbed in the backseat and cuddled him, too. This is one lucky, happy, and grateful little dude!!

According to the social media post, the dog was taken to Stray Rescue of St. Louis for care.

This week, the St. Louis area has been pounded by record-setting rainstorms that have caused widespread flooding. Continued storms are causing flash floods. Stray Rescue asks for residents to look out for each other, and for pets that may be in dangerous areas.

Thank you to you guys for rescuing this little guy!!! Without your compassion he probably wouldn’t have made it. Thanks for all you do and all your hard work. Praying for you all over there.