Recently, a police officer discovered a bedraggled, old dog wandering in Richardson, Texas. The officer picked up the stray pooch and got him to the Richardson Animal Shelter where staff went to work to rid his body of matted fur, overgrown nails, and a flea infestation. 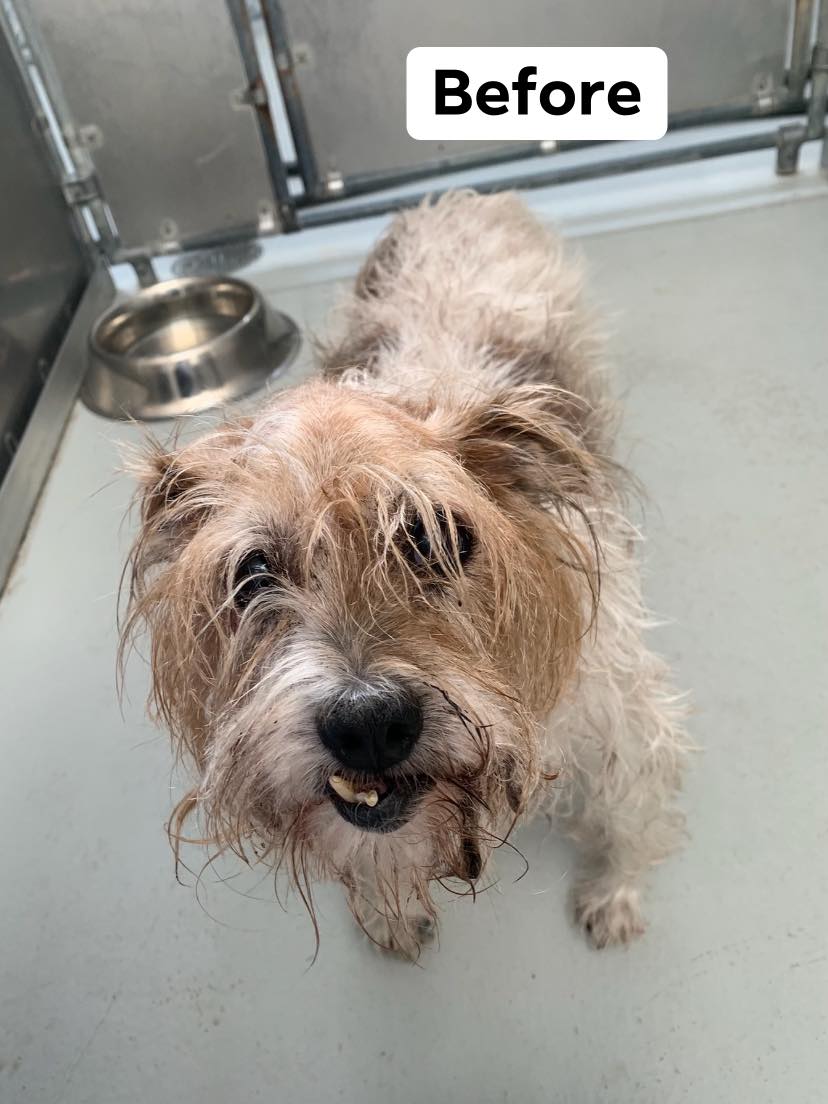 The shelter learned that the “stray” dog was 16-years-old, and that he DID have an owner, but that person did not want him anymore. Mary Lovell, with the animal shelter, told WDTN News:

“We got in touch with the owner, who didn’t want the dog back. He said the dog was 16 years old and he’s had him since he was a puppy. The dog is completely deaf, and had known nothing but the yard he lived in his whole life, so he was reasonably timid in our care.”

Thanks to the shelter staff, Marty was washed, trimmed and dressed up for a social media shoot, and their efforts paid off – Marty found a home. 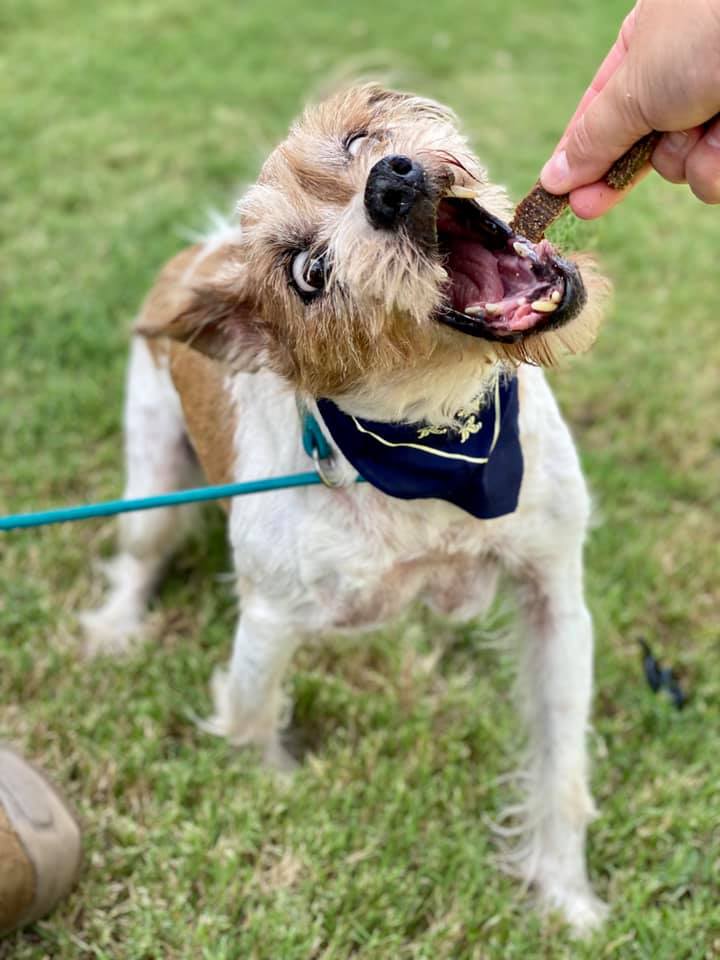 A woman with a soft spot for seniors saw Marty and fell in love! On September 9, the shelter alerted Facebook fans to the good news, writing:

who got adopted! Happy tails Marty! 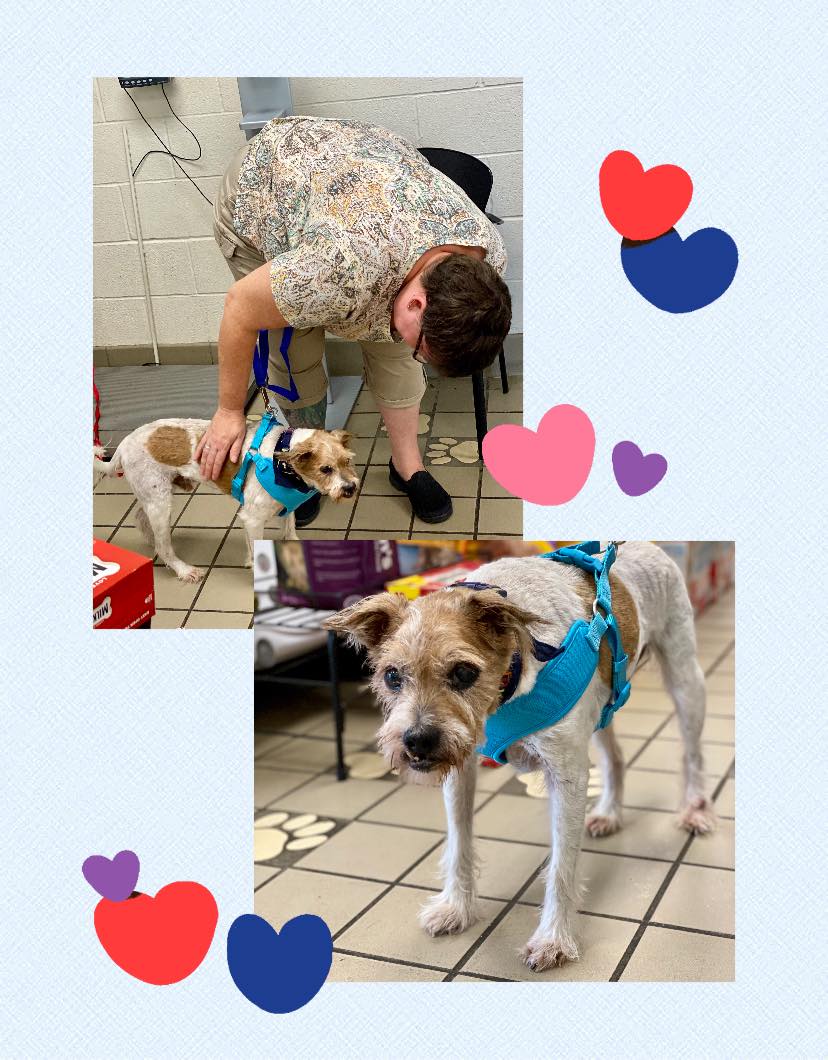 SO HAPPY FOR THIS PRECIOUS SENIOR!!! BLESS THE PERSON THAT RESCUED!!

What a cute guy. This putz had him for 16 years and then discard him like a piece of trash? Thank goodness he found a home. I recently adopted a 141/2 half year old. He was brought to the shelter because his person could not take him out all the time and he was in a create (he does wander around a lot in the house and I think he thought he would feel more secure. The shelter called a rescuer because they said he would never find a home there. Well, he is here with me now, toothless and deaf. He has a fair amount of energy though so we are out and about. Dogs/animals are not disposable objects but living and feeling beings. It frustrates me when shelters/rescues still adopt out only to people with yards because dogs could spend their whole lives there, likeMarty, and they may never go anywhere else. I am glad he found someone who loves him.

Thank you for sharing your love, home & story Happy Life to both of you

SO THANKFUL THIS PUP WAS SAVED! HOW COULD SOMEONE ABANDON SUCH A SWEET LITTLE ONE?

So happy for this sweet boy! I don’t understand people who treat their animals this way. Didn’t want him anymore because he was deaf? But the sweet dog was by his side for 16 yrs. I hope Karma pays that person a visit.

Prosecute the previous owner. Isn’t it against the law to neglect and ultimately abandon a pet?