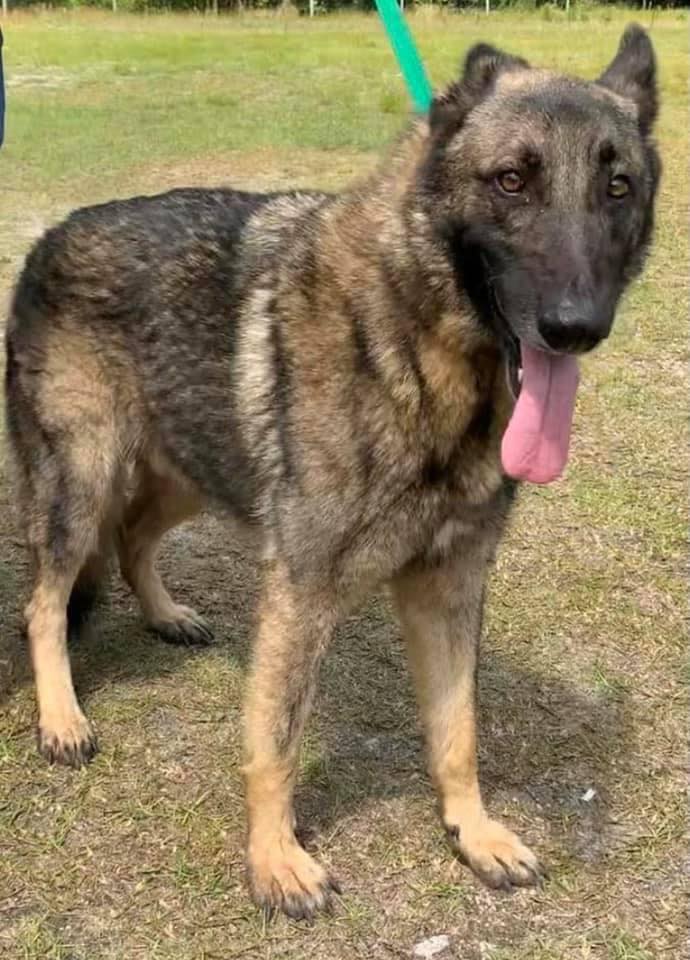 A homeless German shepherd recently found a new home with a police department in New Jersey. His name is Sarge, and the Saint Francis Animal Shelter in Georgetown, South Carolina, was caring for him until the Somerset County Sheriff’s Office decided that Sarge was the dog meant to be with them.

On August 8, the South Carolina shelter let Facebook fans know that Sarge was off to bigger and better things, writing:

Adoption Update⭐️
Before and After pictures of Sarge show that he not only has a new family but he also has a new job!
Way to go Sarge🐾
Live your best life⭐️

The announcement was well received by fans of the animal shelter. One person wrote, “Wonderful news ! Congratulations Sarge🎈❤️🐶” and another, “He is one handsome fellow! Glad that he got the new job and a caring “family”! 🥰❣️”

Sarge posed with his new extended family at a recent event. 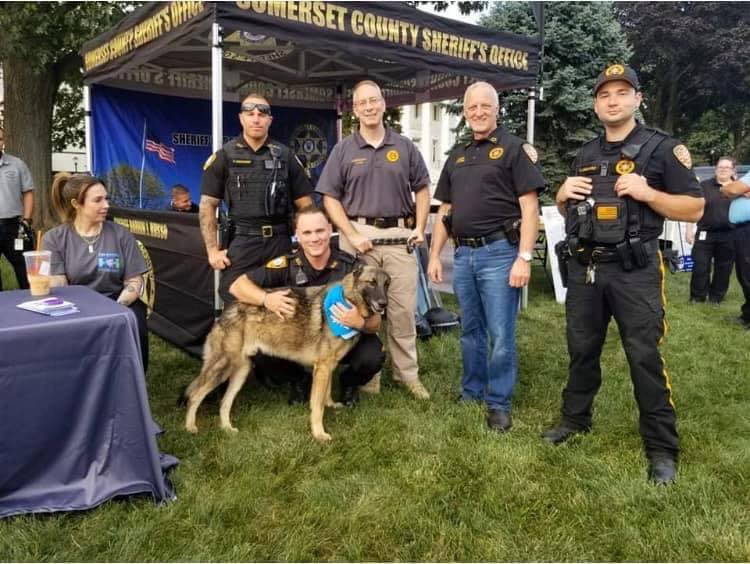 That is excellent. There are so many dogs in shelters and rescues who could work. I am so happy for Sarge and know he will be an wonderful officer. it is a great things that this police department did. More should do the same.

I’m so upset that because of all the lies being fed to the public, that they don’t know how horrible it really is. I worked in it. Their lives are so full of trauma and abuse behind the scenes that I have often thought they would be better off dead. If you want to know all the information about it, and how they lie about it, please let me know. I have plenty to share.

I hear u ! I do rescue of sheps n Malinois id rather them in a home unles they r a true working dog Sarge looks older to me hopefully they will do right by him 🙏

They will “do right” by him, if by “right” you mean daily abuse (punching, kicking, helicoptering, electroshocking, etc.) sometimes torture (I consider “choke out” – slow hanging to unconsciousness – torture).
When these dogs are not being abused on the “training” field in ongoing “training,” or on patrol, the rule is that they are to be kept in solitary confinement in a kennel, which is psychological torture for a pack animal. Do u hear me better now?

I am guessing that since my first comment is STILL awaiting approval, that it’s not going through because of the links I included. So, I will submit again, without the links.

It is so sad, upsetting and sickening to see that Sarge was handed over to the secret torture and abuse club called K9 unit.

I have not only been an animal activist for almost 50 years, I worked in law enforcement for 18 years, and fought all of that time (and still fighting) to expose the abuse and torture (and even killing) of K9s by their handlers.

WHAT DOES IT TAKE, when even alleged animal protection sites are glorifying K9 units?
I feel very, very sorry for poor Sarge.

I have numerous saved articles in my Internet archive, from many years ago to the present

Hi, Sue-we just launched our new website. Your comments and links should have been published without approval. We will look into this. Thank you for commenting.