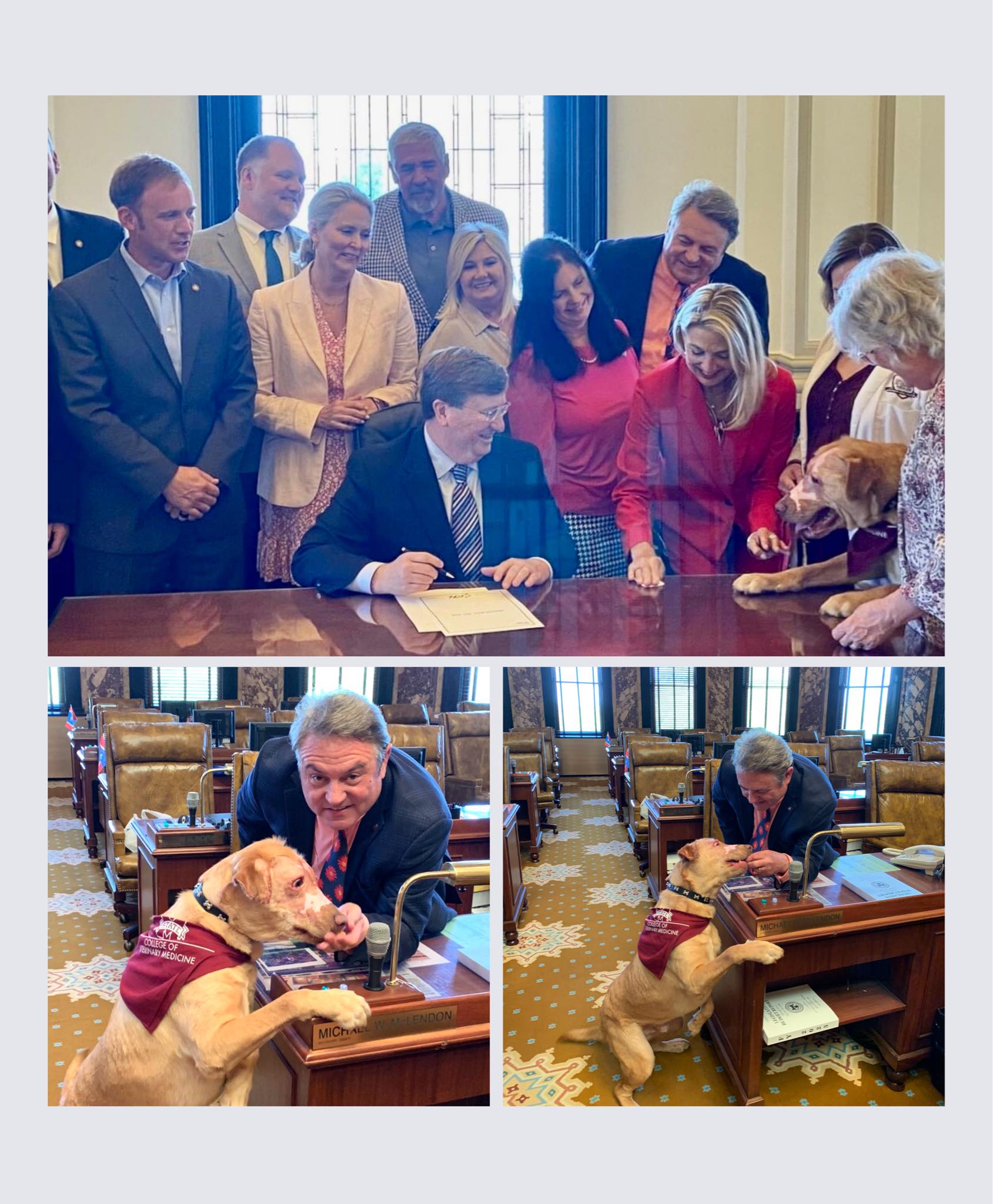 Last week, Mississippi Governor Tate Reeves signed the Buddy’s Law initiative, which strengthens protections for dogs and cats in the state. Buddy’s Law was inspired by the abuse of Buddy the dog, who was severely burned by a 12-year-old juvenile in April 2021.

Buddy’s burns were so bad that he had to spend nearly a year in recovery at the Mississippi State University’s School of Veterinary Medicine. 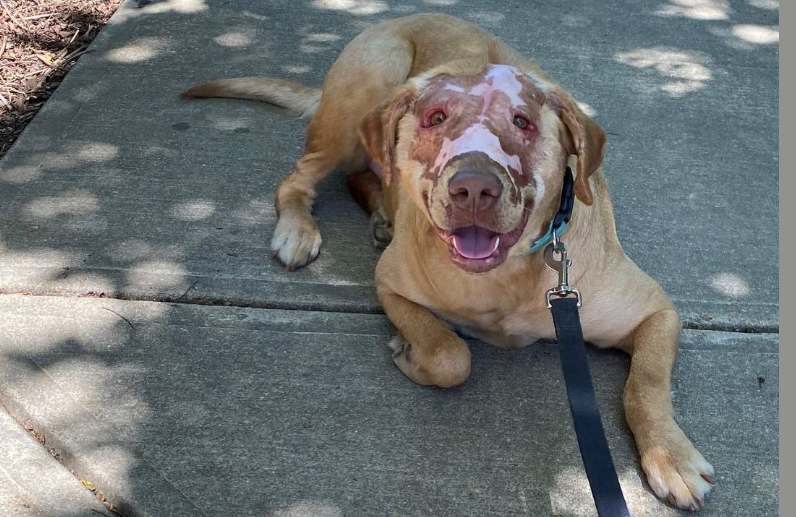 Rockstar in the Senate! Buddy’s Law was signed by Gov. Reeves today and shortly after, Buddy found the secret stash of treats in my desk. Many thanks goes out to all involved in making this a reality…especially Senator Angela Burks Hill (author of the bill), Tunica HumaneSociety, Dr. Lisa Godfrey & Dr. Elizabeth Swanson and their teams for Buddy’s amazing care and rehabilitation.

What a great honor for Buddy to be the inspiration for change in our state law, concerning under age children that commit acts of cruelty to animals. They will now be required by law, to undergo mental evaluation.
A special thank you to Senator Angela Hill for not giving up on Buddy’s Law when it failed in the House. She fought back and saw it through to the finish line. And I must say thank you to our Army of #BuddyStrong supporters. Your voices were clearly heard in the Capitol.
Victory is ours. Buddy’s Law is now a reality and we could not be more grateful.

Buddy has fully recovered from his burns and now enjoys living the life of a normal dog. The law that he inspired goes into effect on July 1.

“The law mandates that children who abuse animals receive psychiatric evaluation and treatment.”
I think that’s great. But do they face any other consequences beyond that? Like punishment?

That’s the problem today. The old,’spare the rod, spoil the child’ has long gone. No longer any real consequences for their action in this ‘woke’ universe. What about the parents? Don’t they hold any responsibility for their children? Laws must be tougher!

Good point. I remember a story of a 7-year-old that poked out a kitten’s eye with a pencil. That story has always stayed with me and I wonder if these kids ever face any consequences for their cruelty.

awesome news, way to go buddy. treatment is fine but what about the ones that need some form of punishment because they are beyond treatment?

I hope it makes a difference. Mississippi is an awful state for animals like all of the south though no state is perfect,.Children who abuse animals need help but also some form of consequences and what about the grown ups who abuse and kill animals. So much change is needed everywhere, some more than others though

I know what kind of “treatment” I’d give them! ZERO tolerance for anyone, of any age, that wilfully harms any innocent animal. I advocate for capital punishment for all of these, as was law in ancient Egypt. With absolutely NO apology. This is the most heinous of all crimes.

Psychopaths typically torture animals when they are young so this law makes perfect sense. Torturing animals by anyone of any age should be a crime.

How about saving the taxpayer’s money and making a STRONG statement that this NOT be tolerated EVER. Give the little shit a good beating , then perhaps a lifelong custodial sentence. Old enough to commit this crime so try as an adult

It’s a great law and a step in the right direction but these evil kids needs to be punished too – they knew what they were doing and to just let them and their parents off is wrong – they need to suffer like the animals did that they tortured or they will do it again and again and later it will be people because they are evil and you can’t blame it all on oh, they were young or they had mental problems – yes, problems to hurt and torture innocent animals.