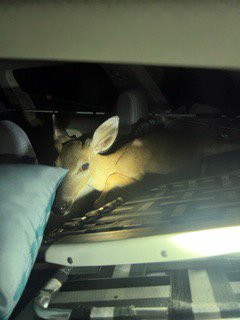 Florida – Police in Monroe County, Florida, arrested two men from Miami after finding a live Key deer in their vehicle. According to a release from the Monroe County Sheriff’s Office (MCSO), the men were driving a blue Chevrolet hatchback-style vehicle that “failed to stay in its lane” around 2 a.m. on July 24.

The release describes how the deer was found:

An injured Key deer was inside the vehicle on top of a cooler, lawn chairs and other miscellaneous objects.

The men claimed that they had struck the Key deer on U.S. 1 north of the Seven Mile Bridge and they believed that it was dead. According to the authorities, the type of deer in the vehicle is not typically found in the area where the men claimed to have hit it with the car. 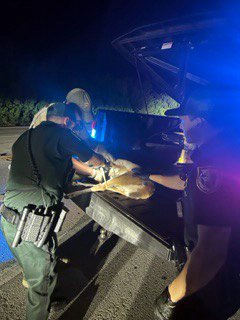 The men, identified as Yoankis Hernandez Pena, 38, and Andres Leon Valdes, 45, were arrested on charges of cruelty to animals and taking, possessing or selling a federally designated endangered or threatened species. Both were taken to jail.

Hang them from the highest tree