Man Spots Dog Trapped Beneath Huge Rock Along Beach: Dog Saved Before The Tide Came In 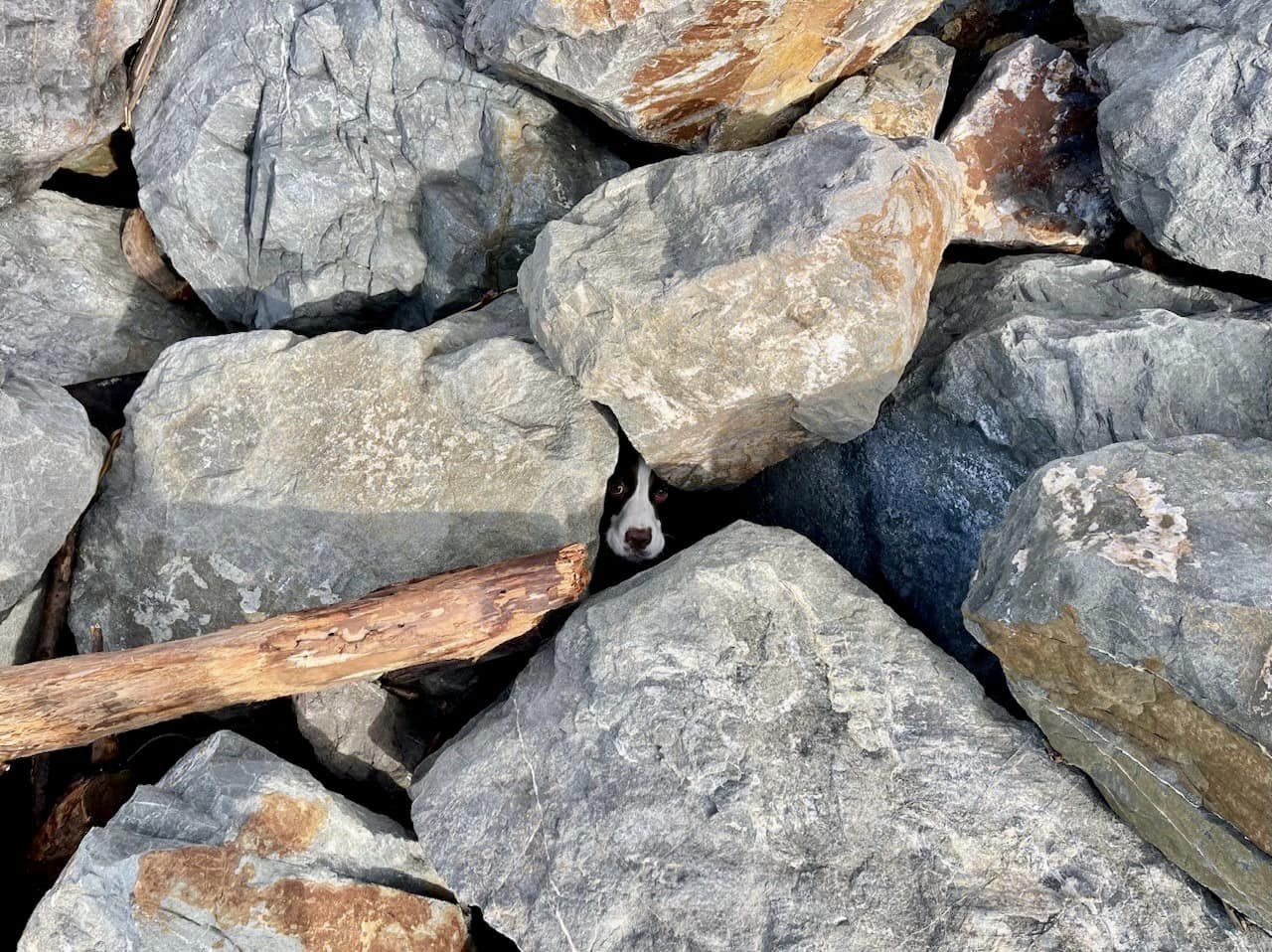 Ocean Beach, CA – A young dog is lucky to be alive after getting stuck beneath huge rocks along Ocean Beach. According to Animal Care & Control San Francisco, the tide was out when a jogger heard a muffled bark and took the time to investigate where it was coming from. 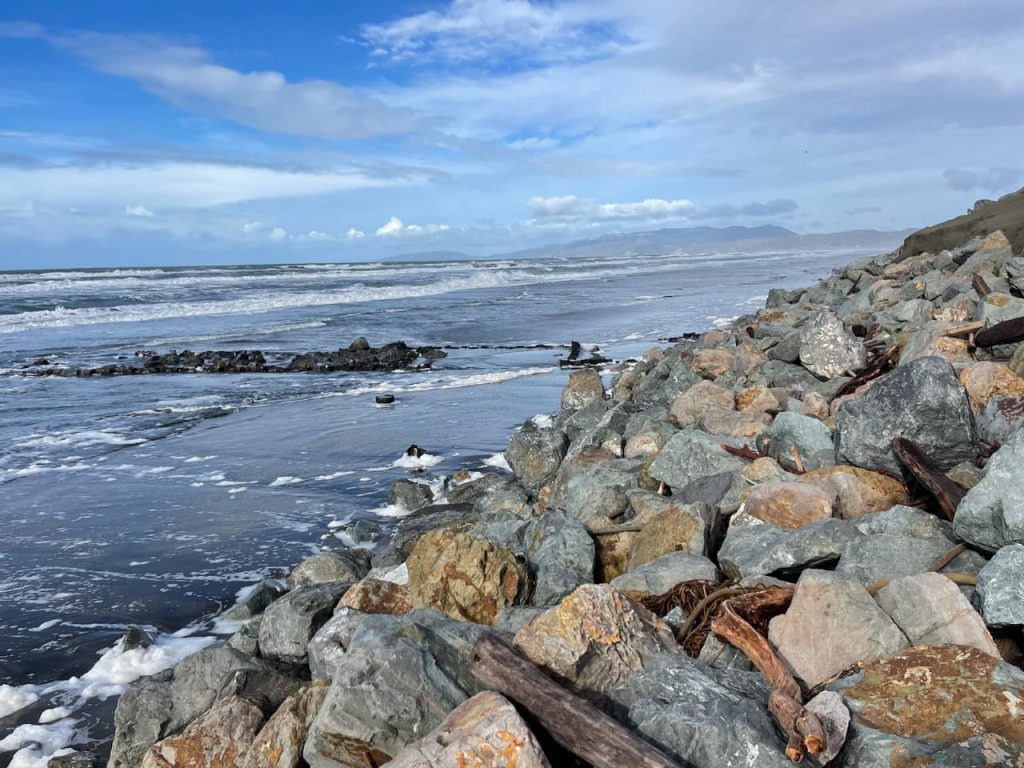 The man looked around and did not see anyone, but he took the time to walk to the large rocks along the shore and discovered a dog trapped beneath them. 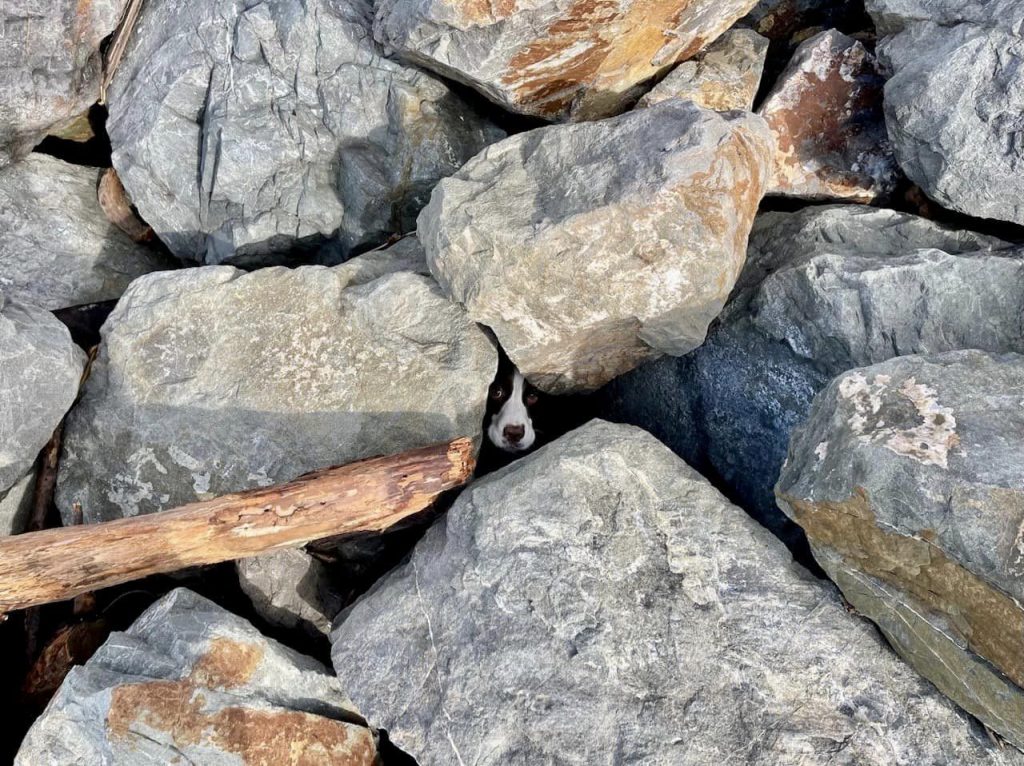 The good Samaritan reached out to the shelter and an animal control officer was dispatched to help. The animal welfare agency said:

Officer Ortega was able to find her (no small feat in itself), move large rocks and pull her out.
Her guardian had already called ACC to report her missing.

By the look on the dog’s face, she was grateful to her rescuer! 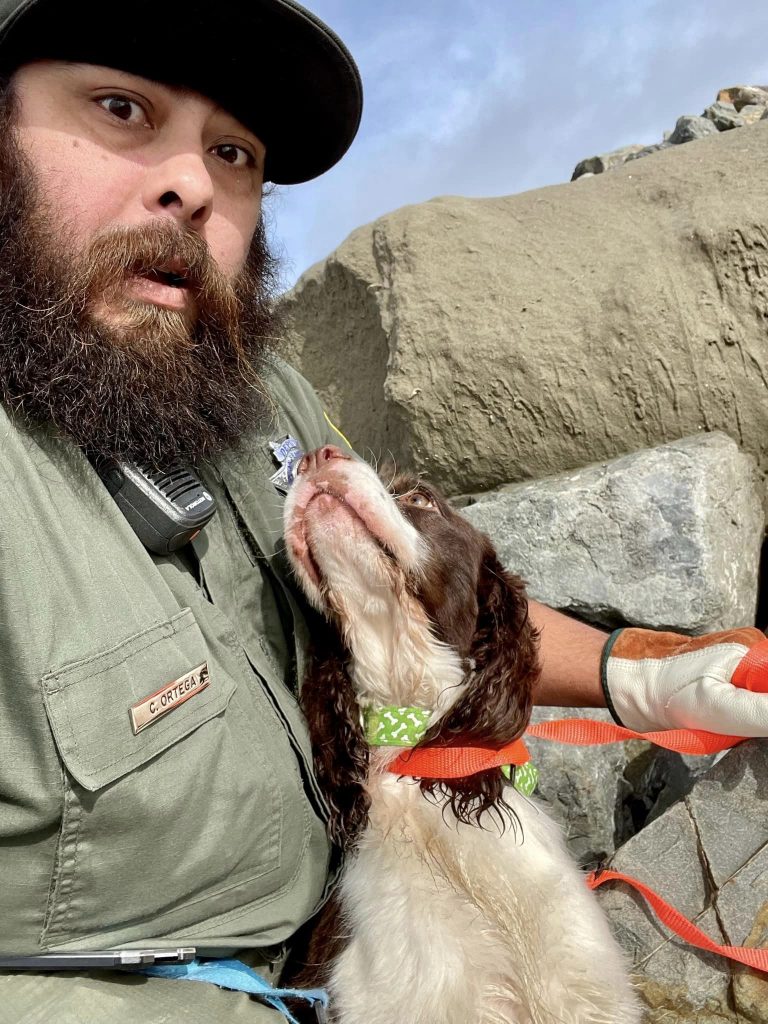 Officer Ortega drove the year-old pup, Gwen, back to her grateful family. It is a mystery how Gwen got stuck, but all is well that ends well. The animal control agency said:

We have no idea how she got into that tiny area. Possibly, she dislodged a large rock, fell in, and the rock rolled on top. However it happened, we’re so glad she’s now safe and sound at home!