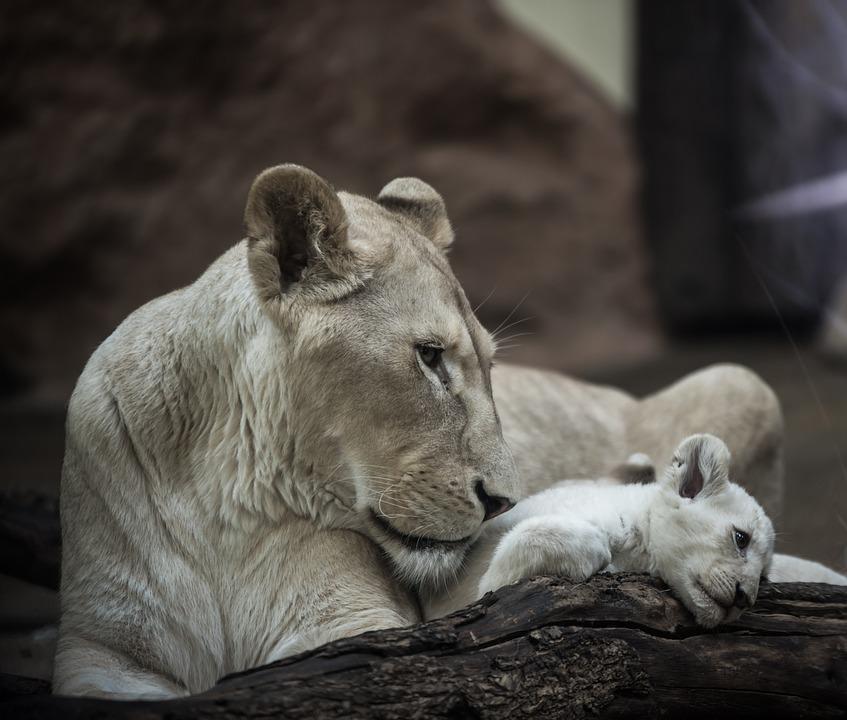 Ghana – On Sunday, a man who scaled a 20-foot fence was fatally mauled by a lion at Ghana’s Accra Zoo. It is presumed that the middle-aged man may have been attempting to steal one of the rare white lion cubs inside of the enclosure, reports the New York Post.

A press release from the state’s forestry commission indicates that the man died from injuries sustained in the attack and that the lions inside of the enclosure did not escape. 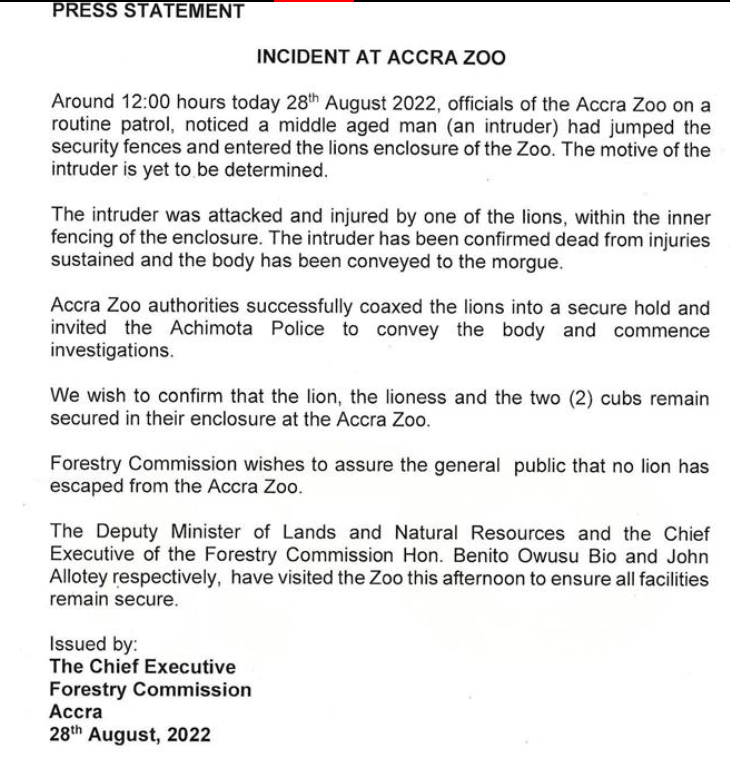 “The lions have cubs so if you come too close they may feel you are trying to take away their babies.”

The rare, white lion cubs have been a popular attraction for visitors at the zoo.

Justice! Hope it was a gruesome, long, slow and excruciatingly painful death. Scum like this need to be eradicated, one way or the other.

Very gruesome would be great.

Rachel – I totally agree with you.

Ha ha! You deserved what you got douchebag.

I say thank you to the lioness for she got rid of scum who would have taken her cub. I would have done the same thing if someone tried to steal my daughter when she was a baby. i am glad they are both safe and he will never attempt to steal another cub or other animals.

Yes. Well deserved for what trouble he was about to cause. Harm to a beautiful family. He got justice. He thought che could be a hero. No, not that way.

LOL there is a god

Im on the lions side 👍🏽 Tired of human not getting it. Making a call. stupidity or ignorant 🤷🏼‍♀️

A mother, no matter human, or animal will protect their children . Any person should realize this. He climbed a fence, His intensions were not good.

He put himself in harms way…..you can’t fix stupid

I think the lioness DID fix it. Permanently.

Good! This idiot got what he deserved.

Glad these zookeepers and authorities were sensible enough to lay the blame where it was deserved—on the man— and didn’t punish the lions for his death.

Please don’t let them kill the mamma for protecting her babies. He was the one who put himself there for nefarious purposes. Babies need their mom. Send them to a sanctuary

Man Killed By Lion While Trying To Steal Rare White Cub From Zoo DESERVED TO BE KILLED AND I PRAY THIS MONSTER DIED IN EXCRUCIATING AGONY.
SCUMB LIKE THIS MONSTER NEEDS TO BE ERADICATED FROM OUR PLANET.
﻿WHAT THE MONSTER DESERVED. NOW THIS MONSTER WILL BURN IN HELL FOR AN ETERNITY.

Should have left his body to feed the lions

He got what he deserved. I just hope that they do not do anything to the lion for killing the man as she was protecting her babies. Some people should not exist. Karma, or rather God’s revenge as I call it, did its’ job. Now….it needs done more often to this idiots.

I pray no harm will come to the protective mother.

JUSTICE — PROTECTING THERE FAMILY AND ANIMAL WOULD DO THE SAME—- PLEASE DONT DO NOTHING TO LIONS ETC !!!!!

Always was a sucker for happy endings!