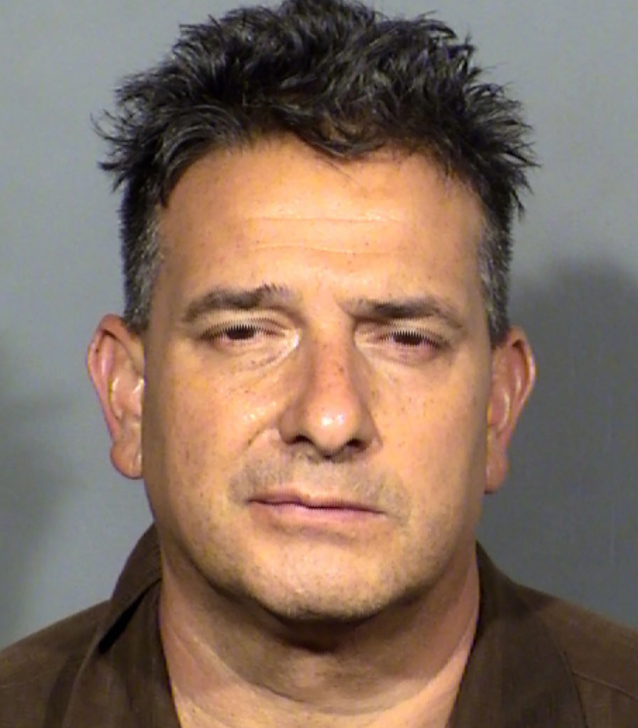 On July 20, police arrested a 50-year-old California man who left a three-month-old puppy inside of his car in a Las Vegas Hotel parking lot for hours while he gambled inside the air-conditioned Bellagio resort. As if leaving a puppy inside of a parked vehicle on a hot summer day wasn’t bad enough, Raul Carbajal had placed tape around the puppy’s muzzle, so he could not bark…or pant to cool himself.

The puppy was saved thanks to alert Bellagio security officers who spotted him inside Carbajal’s Mercedes. The puppy was removed from the sweltering hot vehicle through the sunroof. 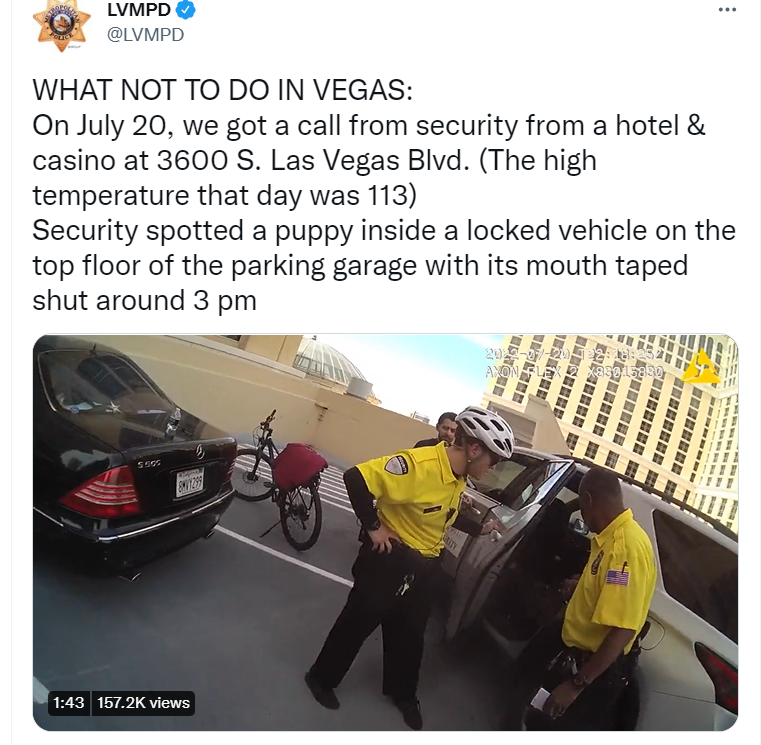 The police determined that the pup had suffered in the hot car for two agonizing hours.

The officer who arrested Carbajal sounded angry as he asked the man if he “realized how hot it is outside,” and berated him for leaving the puppy inside of the car with tape around its mouth. 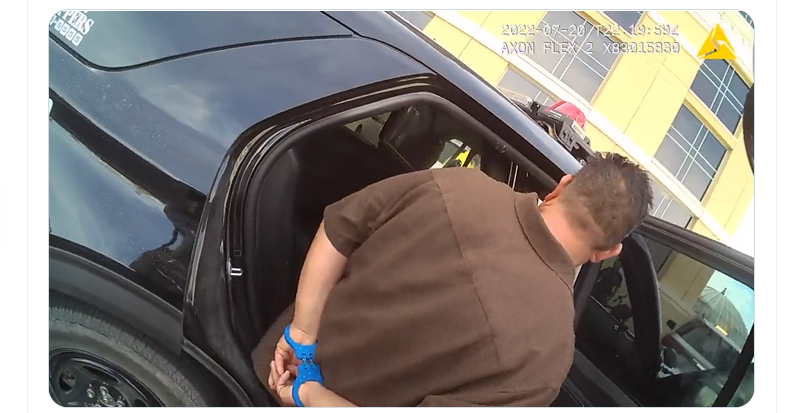 Carbajal is facing a felony charge for willful, malicious torture of an animal.

On July 28, the Las Vegas Police Tweeted that the puppy is STILL receiving medical treatment for the July 20 incident.

Imprison this monster. Don’t return the dog to this abuser. He deserves a stiff fine as well. The story has gone national and there will be a petition to prosecute this animal abuser. Animalvictory.org is getting a petition ready to sign. Our animal abuser here in Reno was nearly paroled until I got the story and passed it on to Animalvictory. There were 16,000 signatures signed in less than an hour and the monster here will remain in prison another three years. I will be ready with another petition until he serves his 17 year sentence. Animal cruelty cannot be tolerated.

worthless piece of trash. put tape around his nose and mouth and lock him in a car with no escape. let’s see how he likes it, damn fool. please don’t give the dog back to this piece of crap.