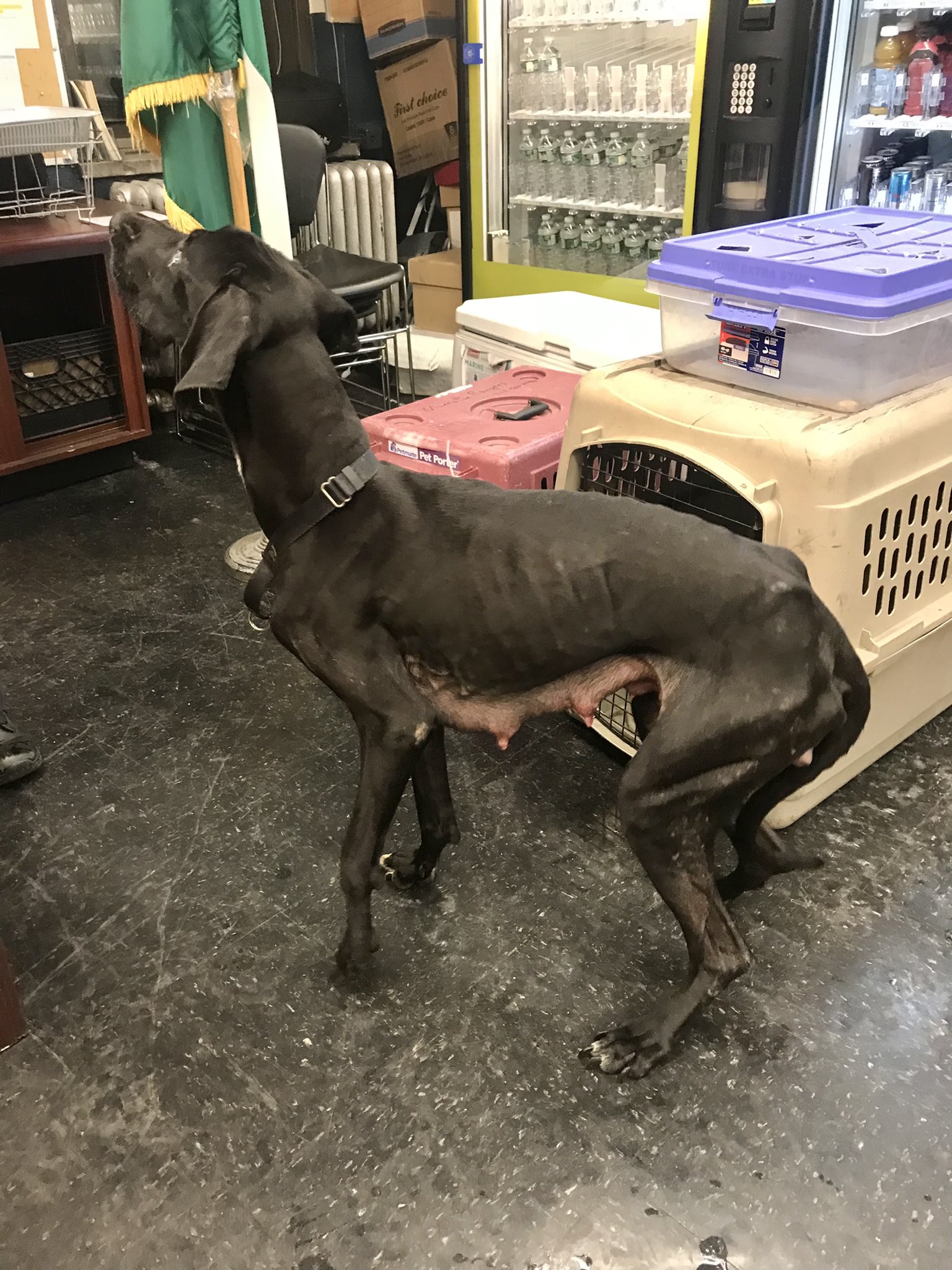 New York – An emaciated Great Dane and her seven puppies were rescued last weekend from a known animal “torturer.” According to the NYPD 104th Precinct, the canine family was discovered during a traffic stop in Queens. The agency Tweeted:

Last night your 104 NCOs rescued this malnourished mother & her 7 puppies, after discovering the dogs inside a vehicle during a car stop on Woodhaven blvd. The owner was charged with several animal cruelty offenses.

Mom & puppies are currently in the care of an animal hospital. 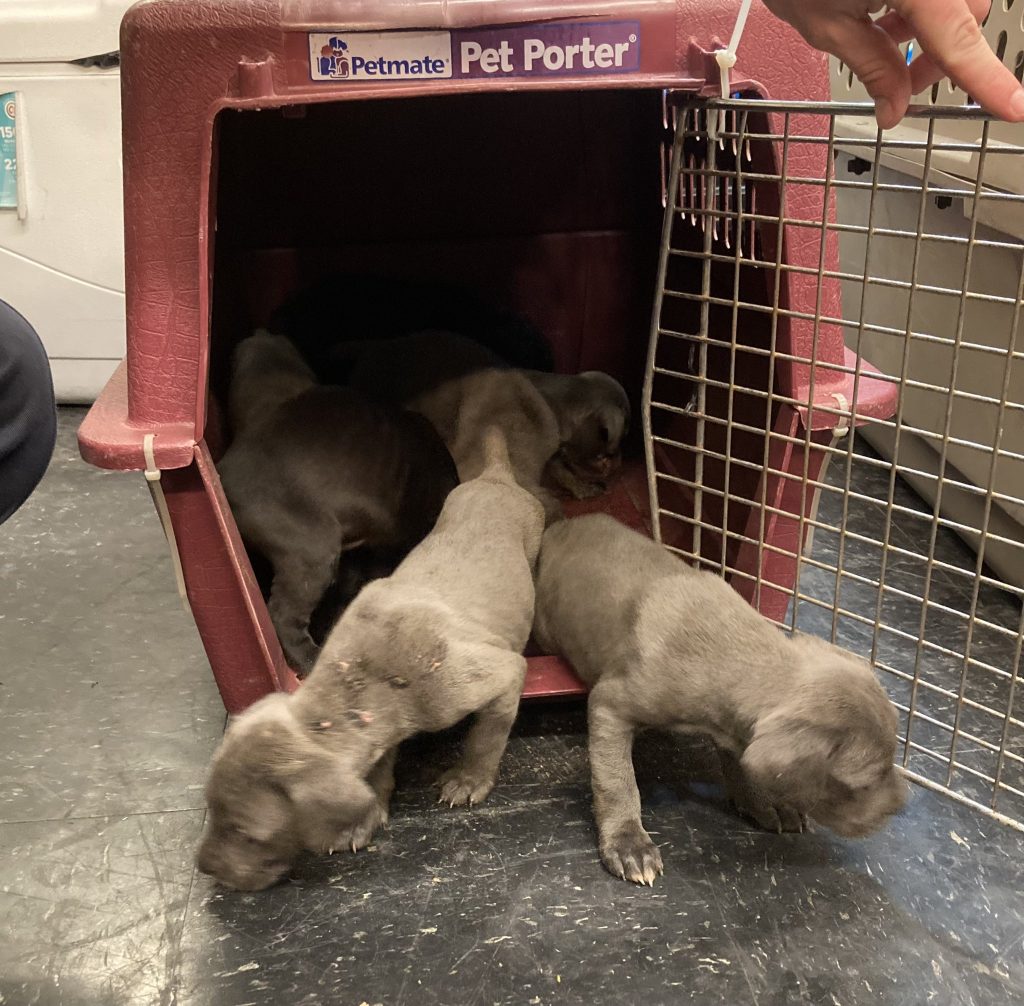 As reported by the NY Post, the man arrested is identified as Ravon Service. Service was arrested last year after 20 neglected dogs were found in a filthy Brooklyn apartment. He faced 20 counts of torturing animals, and 20 counts of neglect of impounded animals for last year’s offense.

This seems to be the same individual caught last year torturing animals and assaulting a landlord. People like this should never see the light of day, yet we release them back to the public to continue their crimes.

hang the son of a bitch

I agree with you 💯

Send him to me and I’ll show the true meaning of the word torture the evil scum. Hell would be paradise to him after what I do to him! If he doesn’t beg for death I’m not my father’s daughter!!!

Idea! Why not run DL background checks to assure an adopter cannot get a pet if they have animal cruelty charges. AND if they are caught with an animal in their possession they receive automatic incarceration?

This often happens when people advertise their unwanted pet free on Craig’s list or on line sites, even animal shelters allow people to adopt without close screening. As this teaches us, there are animal torturers and worse out there. Never ever give up a dog, cat or small animal without calling and speaking with their vet to get their history of pet ownership. It is urgently important but sadly those who “want to get rid of” do not know or care where it goes.