Long Time Shelter Resident, Gilligan, Threw Himself A Party When His Kennel Was Left Unlatched 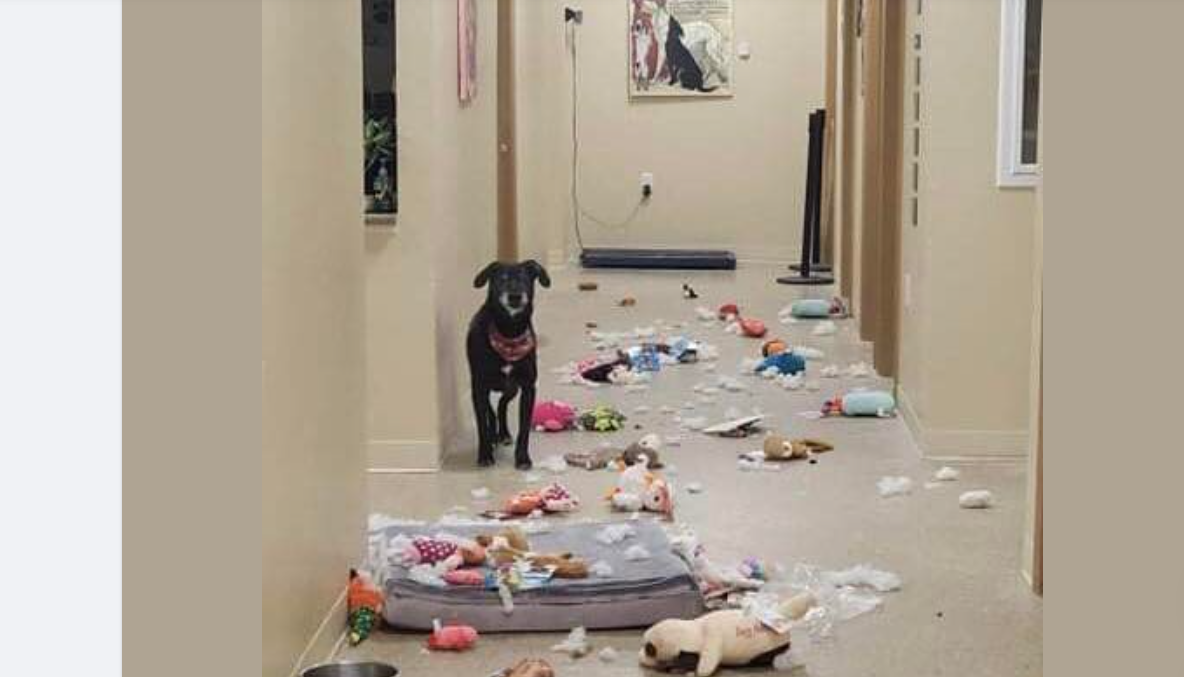 Gilligan, a longtime resident of the Bedford County Humane Society in Pennsylvania, took full advantage of an opportunity that presented itself to him earlier this month. When Gilligan was put into his kennel for the night, the latch on his door was not secure.

It didn’t take the clever pooch long to figure out that he could get out of his kennel and do some exploring, and after discovering that the shelter was empty, Gilligan got busy – having fun. 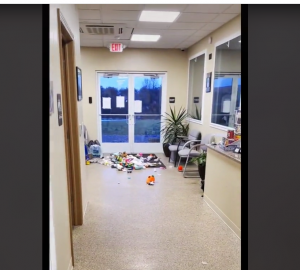 He found each and every squeaky toy in the shelter and proceeded to have the time of his life with them. Joyce Ross, who works at the shelter, told Your Basin News how Gilligan targeted specific toys, saying:

The toy carnage was captured on video the next morning and uploaded to TikTok where hundreds of thousands of people got to take part in Gilligan’s happiness.

And when confronted about the toy chaos, Gilligan showed no remorse – just a big, happy smile and a wagging tail as proof that he had enjoyed his night out. 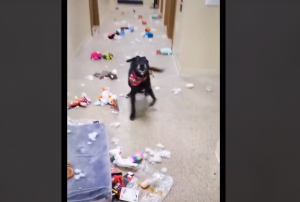 Gilligan has been living at the animal shelter for most of his life and the staff there loves him. Suffice to say, nobody was angry over Gilligan’s late-night shenanigans.

He is so cute! Hope he had a great time-I think he did! He deserves it! God bless Gilligan.

Poor old man with his frosted muzzle needs a family and lots of Nerf football squeaky toys (indestructible toy). Gilligan is the perfect name for him, committing chaos but everyone still loves him.

I hope some kind dog person sees this and adopts Gilligan!! Cute pup!!

This Boy needs a home

Most of his life? Did any of those TikTok viewers apply to adopt him?