Kitten Tied Up In Pillowcase, Placed In Box And Dumped Outside Of Animal Shelter 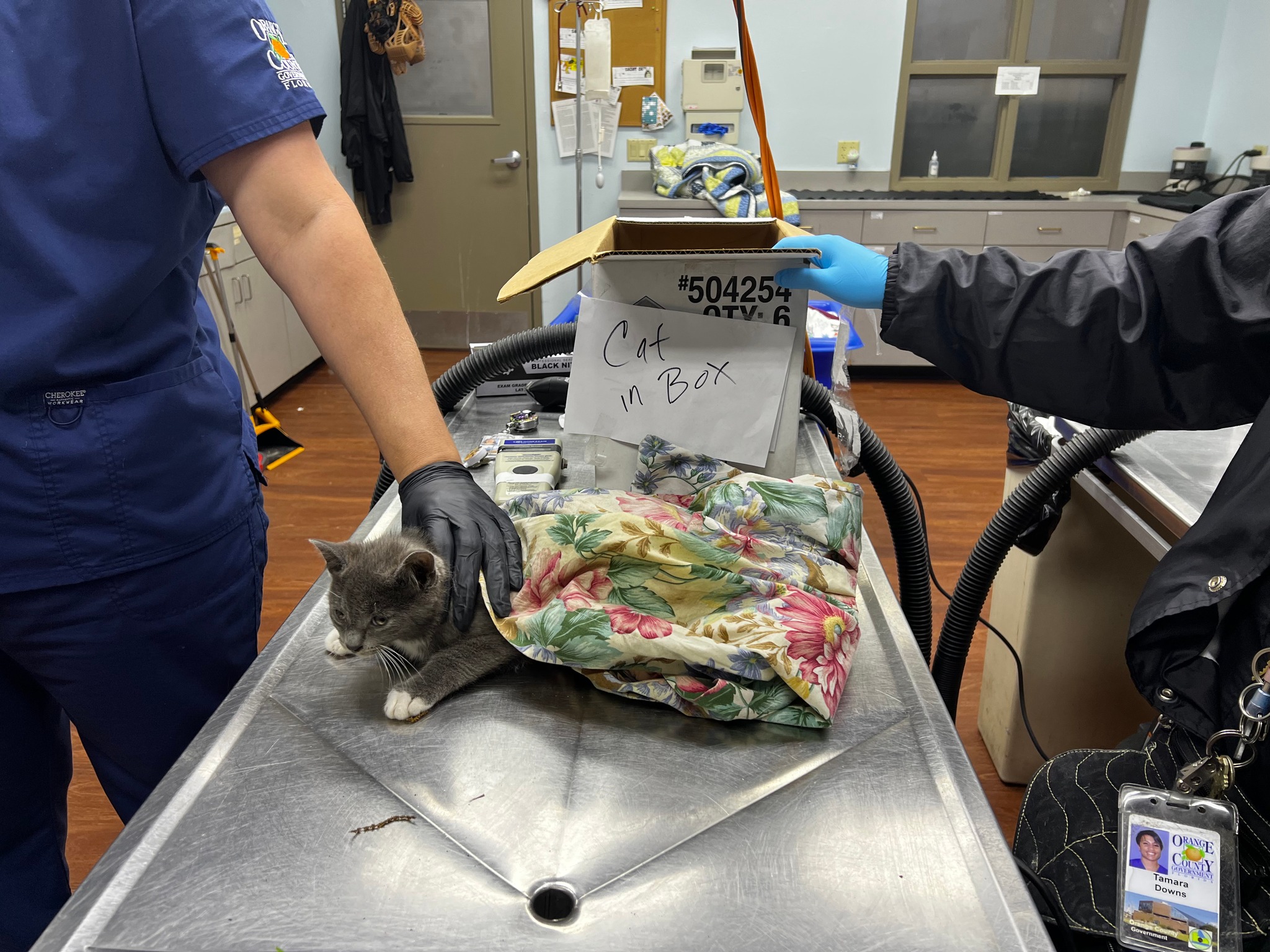 On Thursday, a Florida animal shelter berated people who choose to abandon their unwanted pets, rather than get them to a shelter. The angry Facebook post followed the discovery of a kitten who had been tied up in a pillowcase, placed in a box, and dumped outside of the Orange County Animal Services facility.

It doesn’t seem to matter what we say, this continues to happen. For a third time in less than a month, our staff has found a kitten in a box, abandoned at our doors. Conroy (A489076) was found inside a tied pillowcase that was placed into a box and unceremoniously dumped at our entrance. We don’t know how long he’d been there. We do know it rained most of the night. When staff finally got him out, he was understandably upset and terrified. 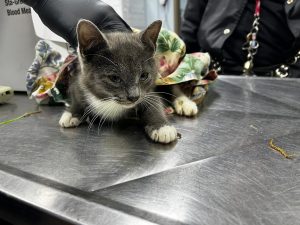 Explaining why getting a pet TO a shelter, but not safely inside, is unacceptable:

We’re not sure why people continue to do this, but we’re asking our community to stop. It takes minutes to bring an animal in. Abandoning an animal like this, especially babies, is an act of cruelty.

Conroy is safe and he will be cared for until a good home can be found – but the way he was left at the animal services facility is unacceptable and should never happen. The shelter said:

Make no mistake, dumping an animal, tying one to our fences, cutting one loose in our parking lot; these are all inhumane acts.
You’re not saving a life.
You’re just throwing one away.

While I don’t agree with the way some people handle this 👆🏻 At least they are bringing them to a shelter/vets. It’s better than the alternative. Some people don’t wanna go through the hassle of explaining, or embarrassment etc. of dropping off their pet.

I just simply wish that everyone cared, that everyone was good.. and wanted what’s best for each other. Every life has importance/value, and deserves respect. I wish some realized that life “itself” is truly a miracle. All lives…
Also, that we’d stop judging & comparing one’s life to another.
RESPECT ALL of GOD’s creatures…. 🙏

Nonhuman animals are thought of as property and too often not as living and feeling beings. Granted the person could have done worse like putting him in a dumpster but still, is it that hard to wait until the shelter is open? If more people spayed and neutered their cats there would not be such a problem.

Spay and Neuter your Pets. If you can’t support them, take them to the SPCA, or a Kind neighbor to do this for you.

ANIMAL ABUSERS/NEGLECTORS MUST DIE A SLOW AGONIZING DEATH AND THEN SUFFER IN HELL!!! 💪🇺🇸RENEE CARIGLIA

I so agree with you!!

People who do this are heartless! Like the shelter says, it only takes a minute to drop off in the shelter, not abandoned BY or near the shelter! If you can’t keep a pet forever, then don’t get one!!

It hurts my heart how people can just “throw” their animals away. I just don’t get it.