Kitten Recuperating After Being Rescued From Dumpster Fire 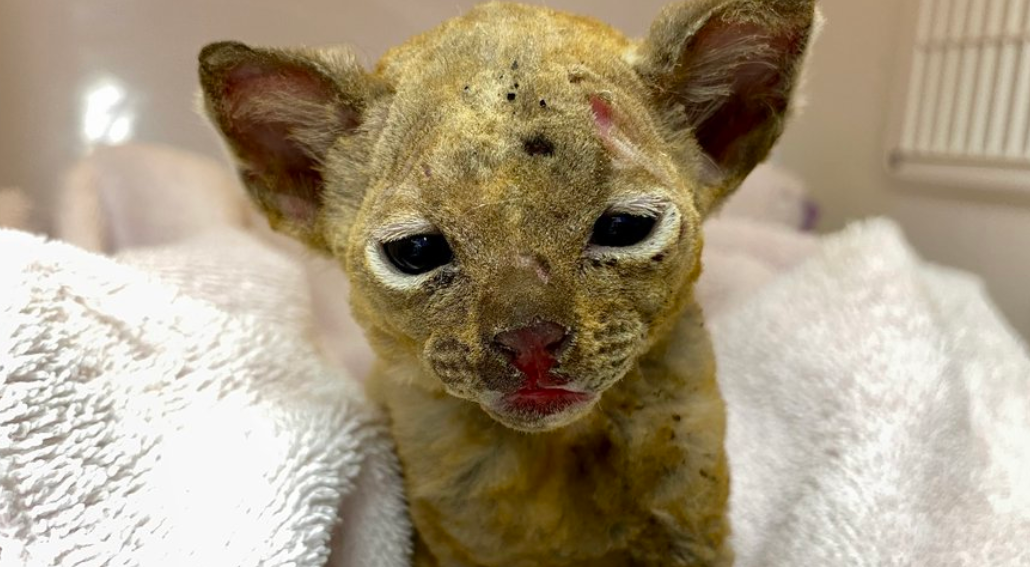 Happy update! Savannah has been adopted. 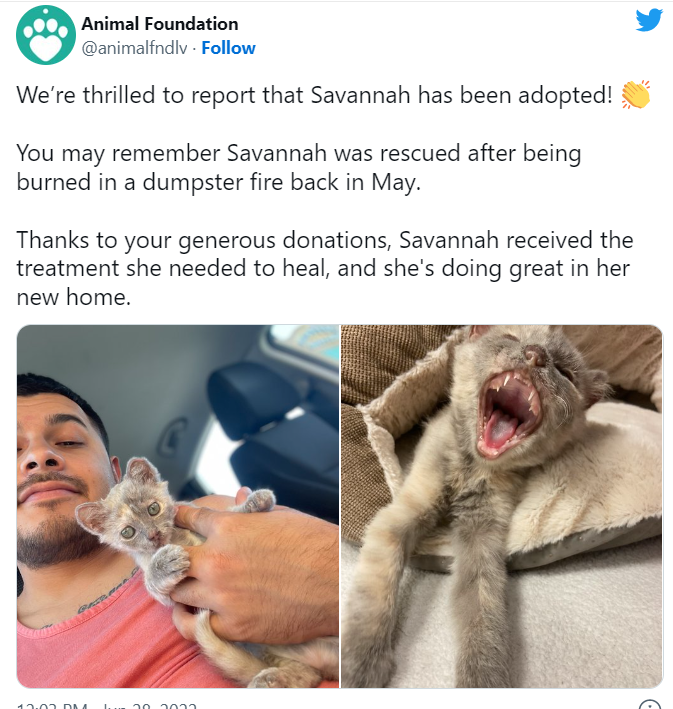 Las Vegas, Nevada – A young kitten, just four weeks of age, is recuperating after being rescued from a dumpster fire.  The Animal Rescue Foundation took in the singed feline, dubbed Savannah, earlier this month and promptly gave her the veterinary care that she needed. 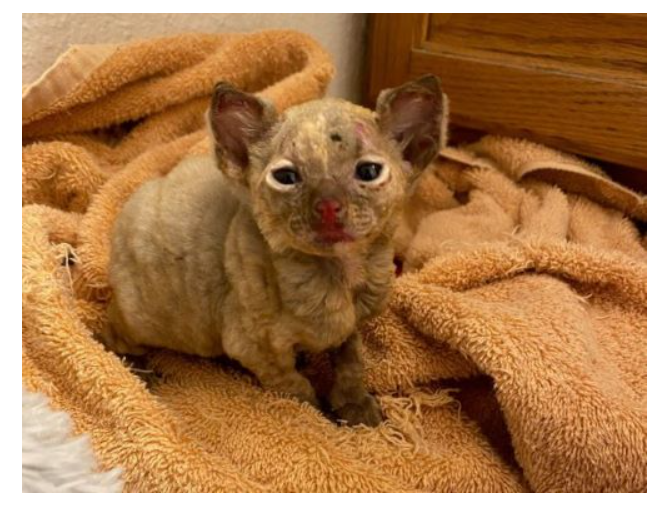 As soon as she was stable, Savannah was transferred to a foster home where she could heal from her wounds. Though her burns are deeper than were initially believed, Savannah is proving herself to be a survivor. The animal welfare agency said,

The good news is Savannah is eating and growing. Her foster mom says she has a great appetite, and her weight is good.

Find the subhuman that is responsible for this horrible animal abuse and let the PUNISHMENTS fit the CRIMES!!!

Poor little baby. How could anyone do such a horrible thing to a baby?? I hope whoever did this is found and punished severely. May Savannah heal and be well and whole again.

Wot is the backstory,was this done to her on purpose?