Kitten Lost Her Ears, A Leg, And Her Tail, But She Found A Home 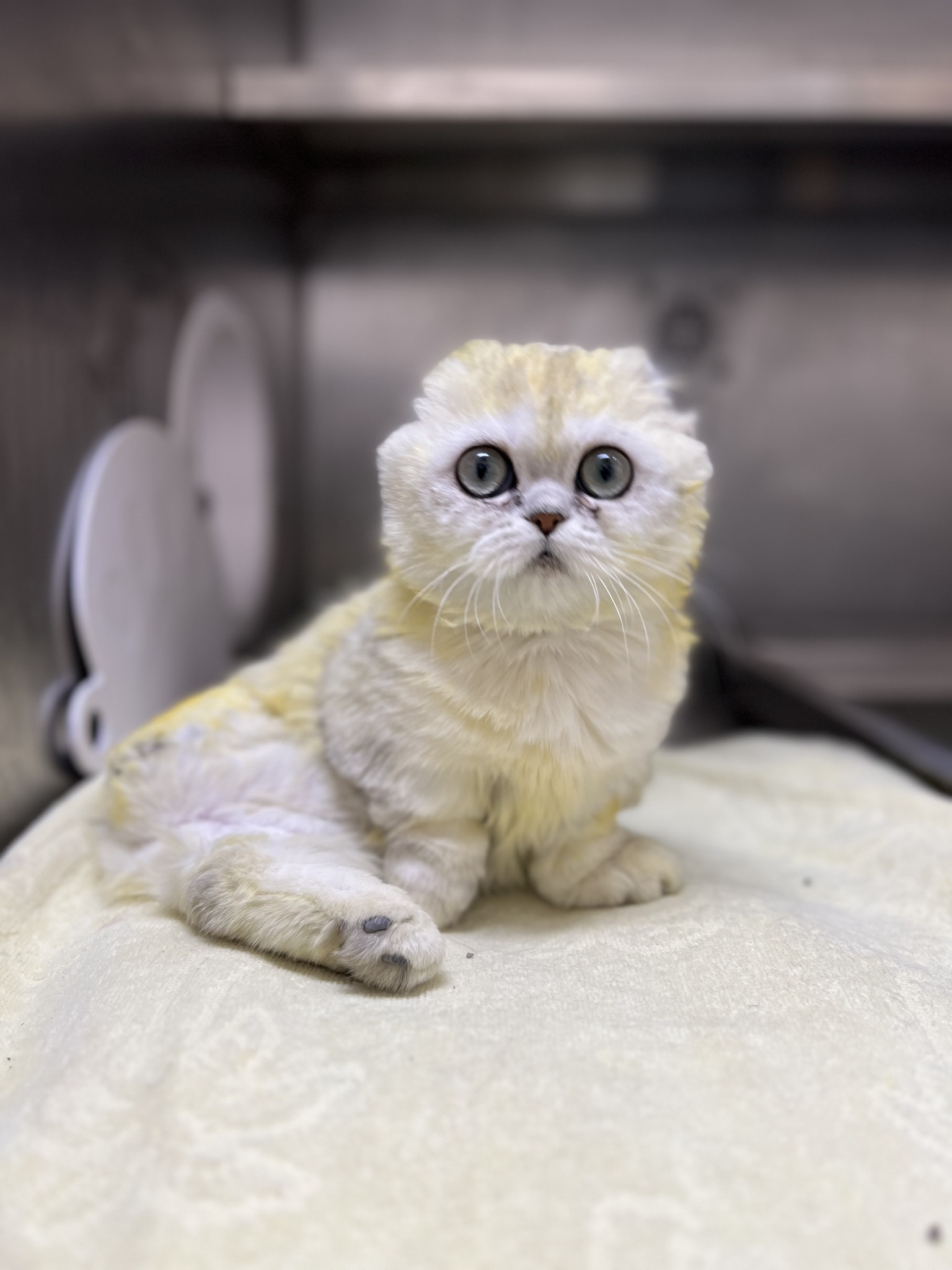 Boston, Massachusetts – An adorable kitten named Dollie was stricken with a mystery illness that resulted in the loss of her ears, a leg, and her tail. According to MSPCA-Angell, the Munchkin kitten was surrendered to them in November because her family was unable to deal with her extensive health issues.

When Dollie came to us, her ears were sloughing, and they actually did fall off. Parts of her skin were necrotic – it was dying. It impacted her extremities, including her tail, legs, and most of her ear tissue. We had never seen anything like it.

Determining the cause of Dollie’s health problems took some serious sleuthing from experts. And finally, the cause of her problems was discovered, the shelter explains:

They determined that her symptoms were typical for a problem called ischemic dermatopathy, which is usually caused by a reaction to something in the body that leads to widespread inflammation. In Dollie’s case, it was quite severe, and she is a lucky cat to have found her way to us.

According to the shelter, Dollie’s condition was diagnosed in just the nick of time. Had more time passed, she may have lost two more legs…or possibly her life. But now that the mystery of what was making Dollie sick has been solved, the shelter’s veterinary team is confident that she will live a “long and happy life.”

And best of all? This month, the shelter announced that she found a forever home. Enjoy a long and happy life Dollie!

[…] Facebook page on Tuesday. The footage shows Tpr. Katie Thomas stopping to save the frightened feline who was located on the side of I-475 in Lucas […]

Wonderful how can you give up an animal because it has something wrong with it ?
So pleased she is in a better place and
now loved 💓💓💓💓

Paula,as an animal rights activist I KNOW that sometimes, $ can get in the way of LIFE saving. this kitten was already at thousands of $ so do we ask for help or let us all starve to death and watch our chidlren suffer, but not able to join in school stuff…so giving an animal “AWAY” is not just an over night give way..It comes after hundreds of sleepless nights worried & days..so please try your best not to judge… Hardship can mean much more xooxxo

I agree with Maria. Money can get in the way, especially these days and at least they did not just dump her somewhere. The MSPCA will take very good care of her. They have an excellent hospital and a nice relatively new shelter-well, about 10 or a bit more years old. It is not always easy to give up an animal and sometimes the reasons are pathetic and trivial and completely unacceptable but sometimes that is the only solution.

Thank you for saving this sweet cat. 🙏😺❤️