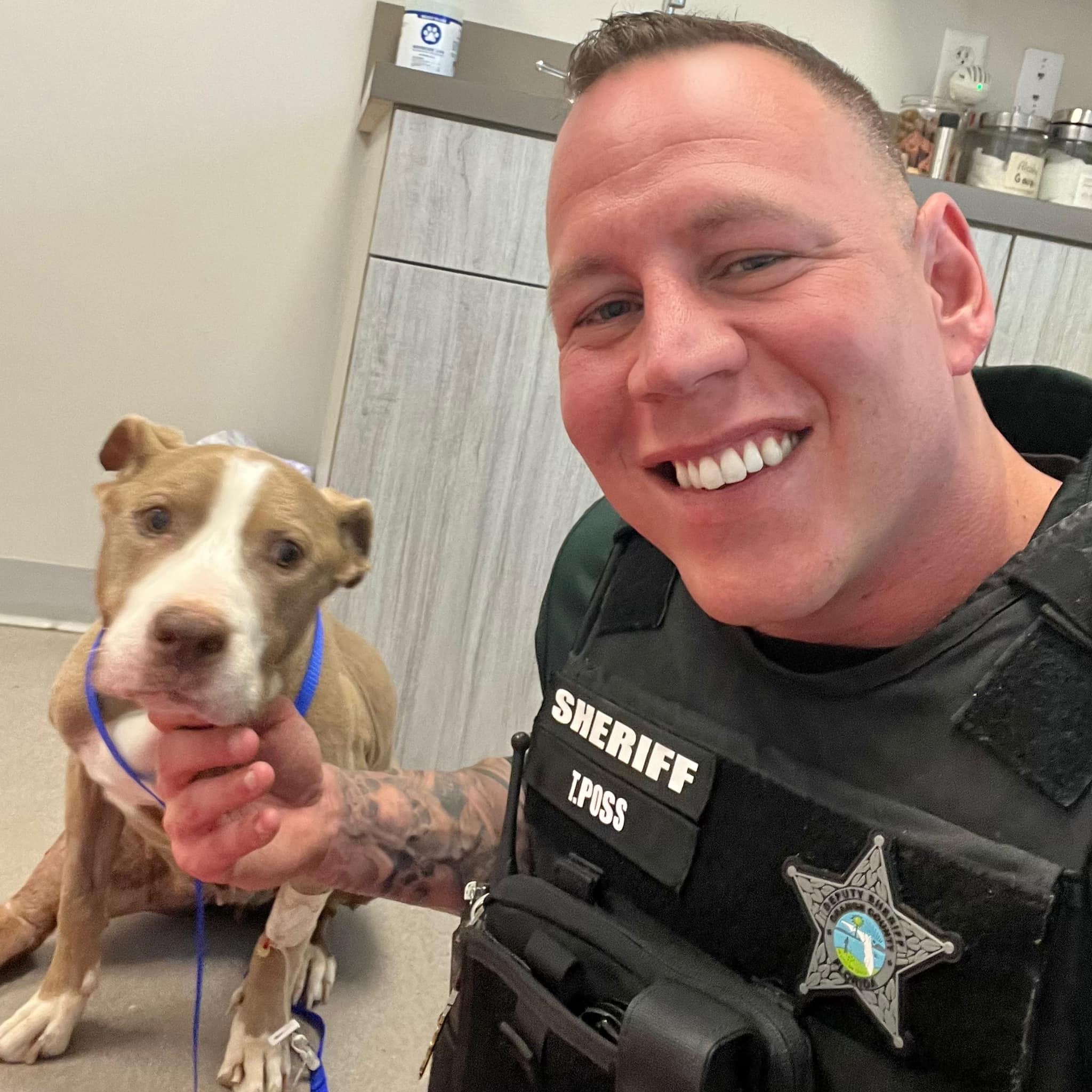 Orange County, FL – Earlier this month, Deputy Thomas Poss, with the Orange County Sheriff’s Office, discovered a badly injured dog while investigating a drug case. According to the authorities, the dog had a swollen and obviously infected leg.

This week, the sheriff’s office revealed why the dog, named Diamond, was hurt:

Deputy Poss learned Diamond had been hit by a car several months earlier, but the humans she depended on never took her for treatment.
The Orange County Animal Services veterinarian who evaluated Diamond said her swelling, scar tissue and infection were the worst she had ever seen. Her leg would have to be amputated. 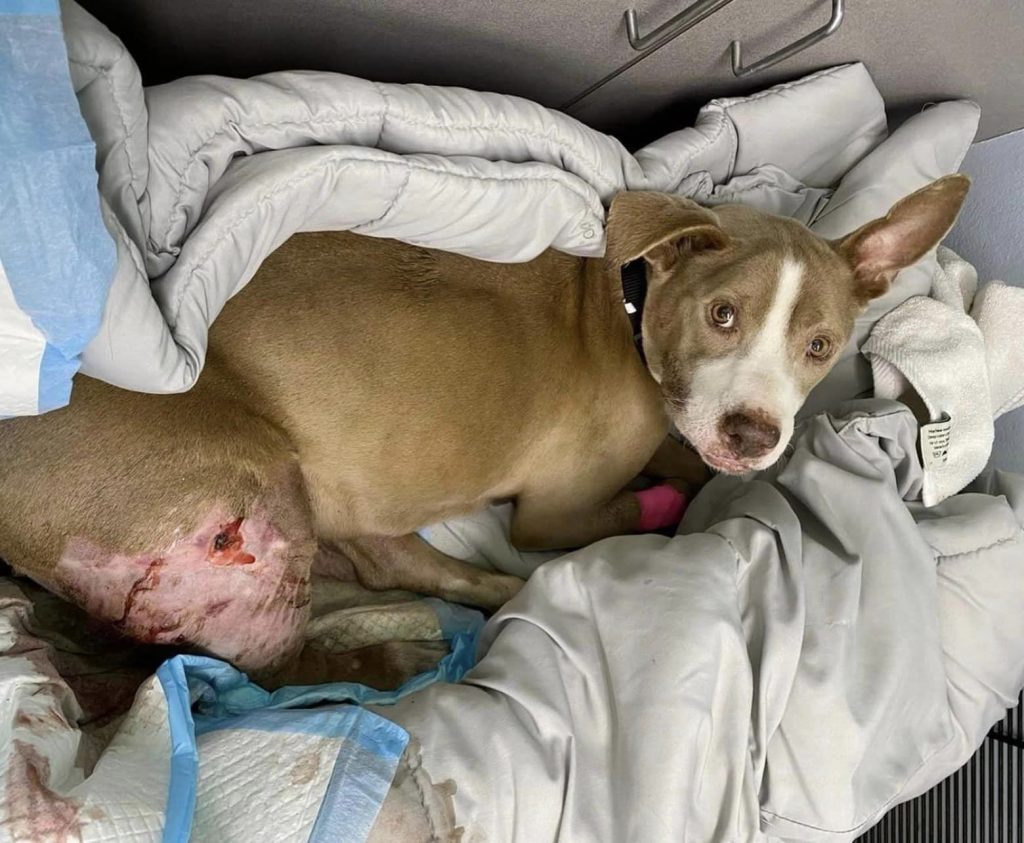 While Diamond waited for her surgery, Deputy Poss not only volunteered to foster her, but he planned to make her a permanent part of his family. He wanted to ensure that she had the security and love that she had so obviously been denied in the past.

Tragically, Diamond’s happily-ever-after never happened because she died on the operating table. Her body was so weak and damaged from the injury and neglect that she was unable to survive.

Identifying the people who allowed her to suffer for so long:

And a reminder to everyone to report cruelty and/or neglect:

If you suspect an animal is being neglected, mistreated or abused, report it right away. Call 911 in an emergency or 311 to report anything involving a domestic animal. You can ask to remain anonymous.

Rest in peace Diamond. You deserved so much more than you received.

how tragic, she finally had someone who would love her forever, only to be taken away during surgery. these people should get the max and more. what a damn shame!